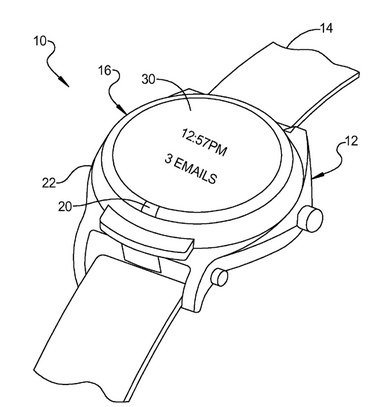 After Sarah Perez and Darrell Etherington over at TechCrunch ran a story last night detailing some of the aspects of Google’s rumored smartwatch project, The Wall Street Journal and CNET on Monday reported that the device will probably be manufactured by LG Electronics. Google should detail its operating system in March and release a software development kit for third-party developers in June.

Apple is of course, rumored to be hard at work on its own wearable device, dubbed by the press the iWatch. A number of medical expert hires indicate that Apple’s device may also include health-sensing capability such as tracking blood glucose and hydration levels, although not as advanced as previously speculated…

CNET claims the device will make its debut at the upcoming Google I/O conference, which runs June 25-26, 2014. It will be manufactured by LG Electronics, a company Google previously partnered with on the Nexus 4 and Nexus 5 smartphone.

With its smartwatch, Google will employ a Nexus-like model in which it designs the software and controls virtually every aspect of the launch, leaving the hardware details to a partner who takes a backseat in terms of visibility.

Google Now voice assistant and search feature that drives the core functions of the Google Glass headwear should also be supported on the device, which is said to run a “smartwatch-centric operating system”.

Rolfe Winkler and Jonathan Cheng, writing for The Wall Street Journal, corroborated much of CNET’s reporting.

The Google smartwatch prototypes are said to be “on lockdown in a Google building,” with early prototype units sporting a Pebble Steel-like metal band, square face and “a colorful digital display featuring a gradient background where colors gently fade from one to the next,” according to TechCrunch.

Common smartwatch functions will be supported as well, the publication learned from sources, stuff like notifications for incoming phone calls and text messages through Bluetooth LE pairing with Android smartphones.

“It doesn’t sound like it’s yet capable of enabling a range of apps like Pebble’s watch does today,” the authors noted, speculating that developers may be able to build for the watch at a later point following future updates.

Indeed, CNET writes that the search giant will detail the device’s operating system and software in a timely manner, so programmers have ample time to create apps for the Google smartwatch’s retail launch.

“Google is set to unveil plans for its smartwatch-centric operating system in March, likely in a blog post, according to a person familiar with its plans,” the article reads.

Apple’s iWatch remains the point of speculation as the company has not formally announced the project, although CEO Tim Cook did publicly re-iterrate on several occasions that the wearable space seems ripe for exploration, dropping the usual hints of “some really great stuff” in new product categories being worked on.

Apple was also mentioned as one of the companies ostensibly interested in buying health tracker maker Basis and is thought to be working on a technology that could predict heart attacks.

Rival Samsung yesterday announced its second-generation Gear smartwatches, the Gear 2 and the Gear 2 Neo, which surprisingly run Tizen (an OS that Samsung has had a large part in developing) rather than Android.

Juniper Research estimated the smartwatch market will be worth $19 billion by 2018.

Pictured top of post: a Google patent application for a smartwatch.