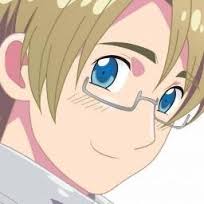 Another famous hacker is joining the ranks at Apple. Following in the footsteps of jailbreak community members Comex, and Peter Hajas, jailbreak developer Winocm announced this afternoon on Twitter that he would be joining Apple.

It’s still unclear as to what capacity he’ll be joining Apple, but if the past is any indication, it’s probably for an internship—Just like Hajas, and Comex a.k.a. Nicholas Allegra. I’ve reached out to Winocm for a comment, but he declined to elaborate. It looks like he’s already getting used to the Apple culture…

As for what he will actually be doing at Apple, it’s anyone’s guess at the moment. He’s proven to be a multifaceted talent in the iOS community, whose most high profile projects involved a series of  jailbreak releases.

Serious congratulations to Winocm. He’s been nothing but classy during the times I’ve had the privilege to interact with him. I’m sure this was a big dream of his, and it’s well-deserved.

What do you think about Apple’s new hire?