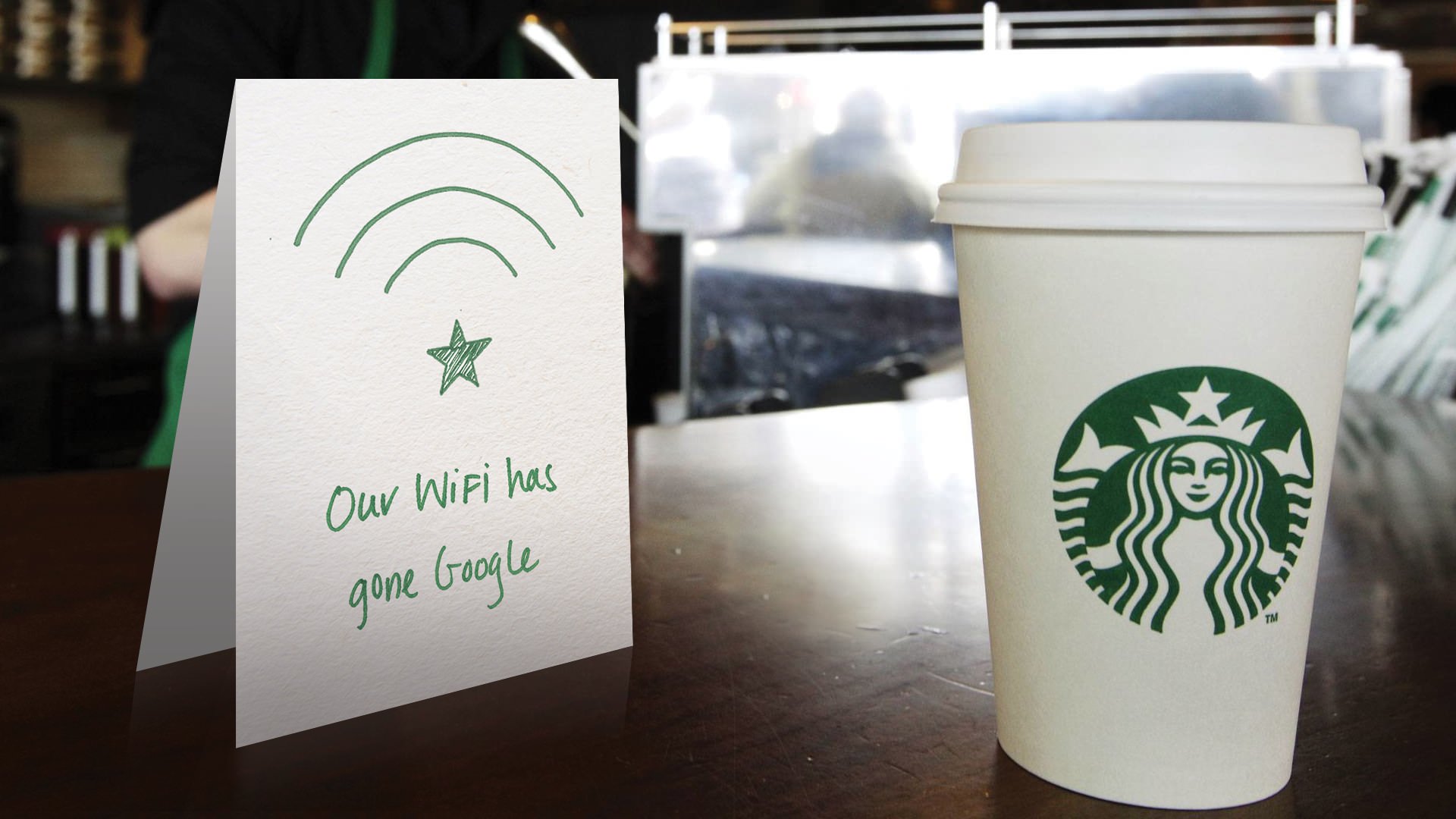 Google is testing a new iPhone application which aims to make it easier to access public Wi-Fi hotspots on your handset, Engadget reported Thursday.

The software will make it simple to automatically authenticate and connect users to Google’s free hotspots inside Starbucks stores “or wherever they are available”.

The publication has learned that the Google Wi-Fi app could even tap users’ Google Account to “install a dedicated security certificate on their device to automatically authenticate devices when a connection is available,” bypassing the need to go through the clunky login process when joining public Wi-Fi hotspots…

Engadget writes that the iOS/Android app, for now, appears to be “a very limited test” so Google may not release it officially. The software aims to make it ridiculously easy to join Google Starbucks’ hotspots “with no button presses required”.

Currently, the login process requires Starbucks customers to first find the access point, then open their browser and agree to Google’s terms and conditions.

Last June, the Internet giant teamed up with Starbucks to provide Wi-Fi access (the ‘Google Starbucks’ SSID) at 7,000 Starbucks locations in the United States by the end of 2014, via its partnership with Boingo.

“When your local Starbucks WiFi network goes Google, you’ll be able to surf the web at speeds up to 10x faster than before,” Google wrote in a blog post. “If you’re in a Google Fiber city, we’re hoping to get you a connection that’s up to 100x faster”.

For those not in the know, Google in 2006 launched free city-wide wireless Internet at 500 streetlight hotspots across the Mountain View area.

It’s also interesting that Google is working to improve connectivity in the city. According to Engadget, there are specific plans to “roll out Google WiFi to more locations across the US and Canada”.