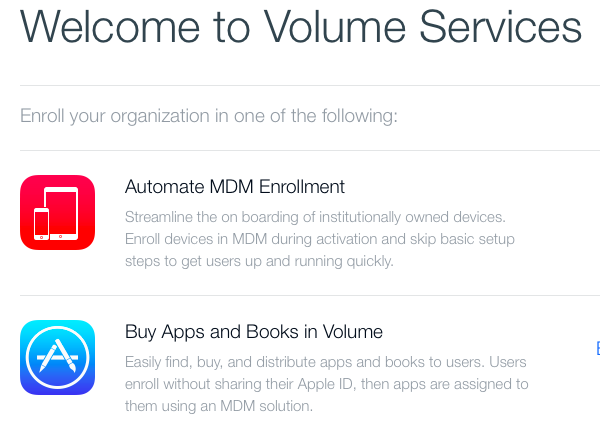 Apple has seeded 5 developer betas of iOS 7.1, and it’s expected to push it to the public within the next month. It’ll be the largest update to the mobile operating system since iOS 7 landed last fall, and will feature a number of improvements.

Now just what those will be, we don’t know yet. We’ve seen minor performance and UI tweaks in the betas, but not much in the way of new features. A new report, however, says 7.1 could bring about new mobile device management tools…

“An unverified source reported to AppleInsider that Apple is working with a select few MDM vendors and institutional clients on efforts to improve iOS managed deployment, and that those improvements are currently set to ship as part of iOS 7.1 “around March 15.” While only a vague date was offered in regard to the release, the person did provide concrete information on Apple’s mass device deployment initiative, including new never-before-seen features.”

Those never-before-seen features include the ability for education, government and other organizations to configure fleets of mobile devices—controlling app installs, setting up profiles, blocking websites and even turning of camera hardware.

It also sounds like iOS 7.1 is going to fix the issue that allowed students to bypass restrictions set on their school-provided iPads last fall. The problem made news headlines, and left a proverbial bruise on Apple’s iPad-in-education campaign.

Along with the aforementioned improvements, and now this new feature, iOS 7.1 is also expected to bring about the long-awaited iOS in the Car service. For information, see our individual posts on beta 1, beta 2, beta 3, beta 4 and beta 5.