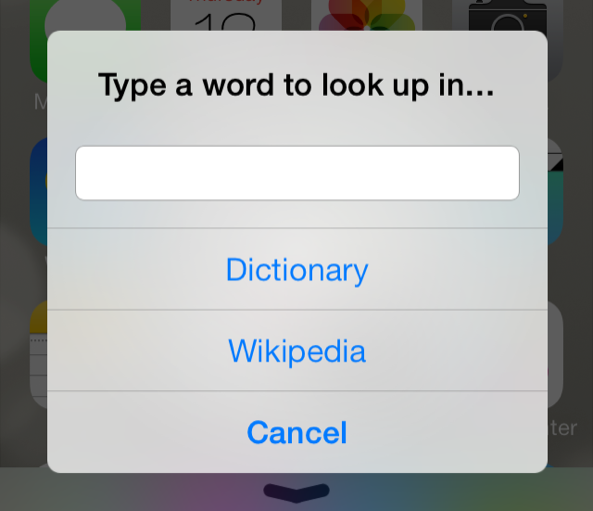 Define for iOS 7 is a jailbreak tweak that allows users to look up definitions from the convenience of iOS 7’s Control Center overlay panel. The tweak, which is available right now on Cydia’s BigBoss repo for $0.99, was created by well-known developer ravirajm.

If you’re looking for a quick and easy way to search for dictionary definitions or Wikipedia entries, it doesn’t get much simpler than Define for iOS 7. Have a look at our full video walkthrough inside for all of the details.

Since Define uses Control Center as a home base, ravirajm decided it would be best to use Jonas Gessner’s CCLoader tweak as a means of incorporating his widget within Control Center. For that reason, CCLoader is a prerequisite tweak for Define for iOS 7.

Once you install Define, you can head into CCLoader’s preferences in the stock Settings app to rearrange the order in which the widget appears in Control Center. You may also head into a dedicated preference panel for Define itself in order enable the thesaurus via toggle. 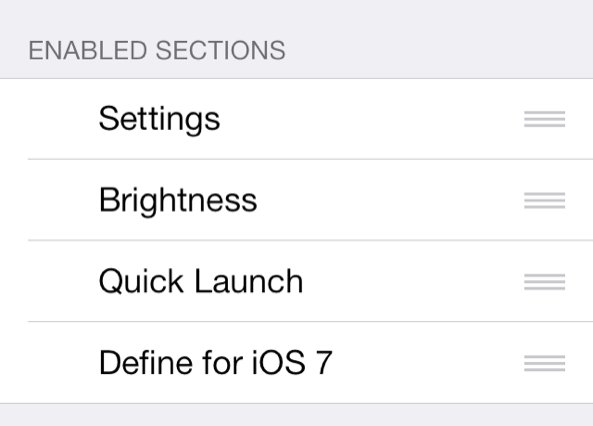 Tapping on the Define widget in Control Center invokes a pop-up menu with a search box and options to search using the stock dictionary, Wikipedia, or a thesaurus (if enabled in the preferences). The search results are presented in a full screen overlay, which allows your current app to retain focus. This is a great feature for those of you who often need to quickly gather the meaning of a definition mid-stride. Define for iOS 7 can even be invoked from the Lock screen, allowing you to gather quick definitions without having to unlock your device. 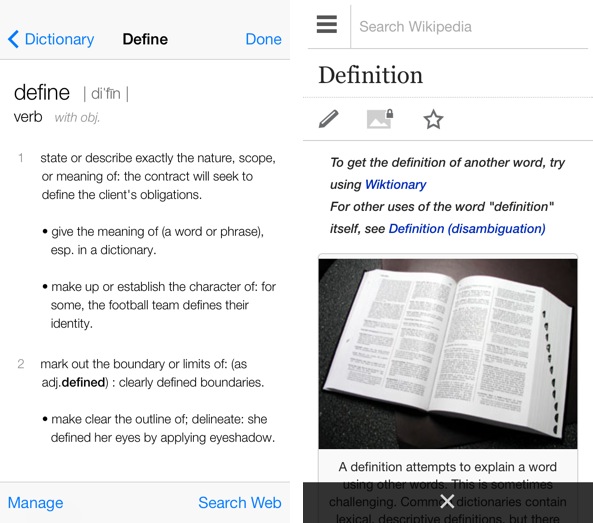 My only complaint with Define is more of a feature request than a complaint, but hear me out. I wish that Define had an option that allowed you to retain the word that you’re searching for in the search box after viewing a Wikipedia entry, or a dictionary definition. That way, you could quickly compare the different resources without having to retype your word each time. Just a toggle option in the settings to enable such a feature would be swell, but again, this is just a minor quip.

If you’re someone who often needs access to dictionary or Wikipedia definitions, then I can wholeheartedly recommend Define for iOS 7. Its presentation won’t blow you away, but it’s a solid tweak that does well with its intended purpose. Again, you can find Define for iOS 7 on Cydia’s BigBoss repo for $0.99. Be sure to let me know what you think about the tweak in the comments section down below.