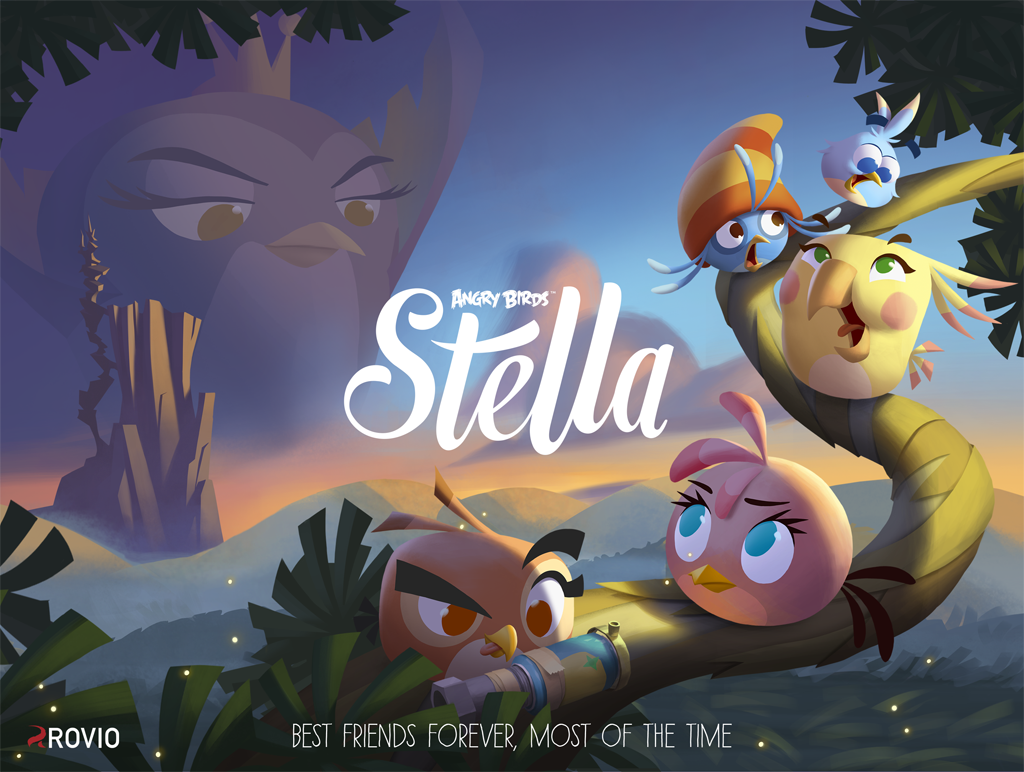 After teasing its brand new Angry Birds “adventure” game on Twitter, Finnish games maker Rovio today formally announced that a new game named Angry Birds Stella is arriving this Fall. The game has been named after its protagonist, the pink, female Stella thing described as a “fierce and a feisty character with a great group of friends”.

Angry Birds Stella will open a door to a part of the Angry Birds universe you’ve never seen before!

There will be plenty of fun and adventure, but the bunch of passionate pals will also have to deal with some serious issues in order to protect their friendship and the environment they live in.

Luckily, Stella and her friends are good at finding creative solutions!

The release, a full-on assault across various platforms, will span all Rovio’s offerings, so expect a ton of merchandize as Rovio’s properties include not only games, but animations, books, toys and more.

To learn more, keep tabs on the game’s official mini-website.