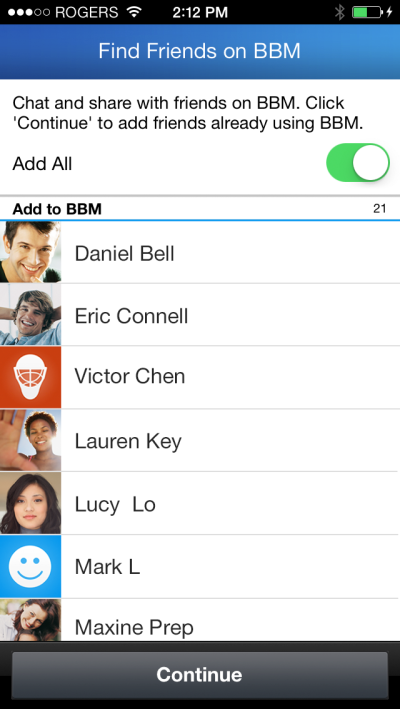 Whereas previously you had to punch in a person’s BlackBerry ID or email address to add him or her to your list of BBM contacts, today’s update simplifies the process by detecting which contacts in your iPhone’s Contacts are already using BBM, so you can quickly send them an invite to join your BBM contact list.

The free update is going live in the App Store later today so make sure to grab it (if you’re still using BBM, that is)…

The feature also allows you to invite contacts who don’t yet have BBM to download the app with an email or SMS invite.

BlackBerry previously said it would add other features over time, including Skype-like free voice calling anywhere in the world and Channels, basically mini chatrooms of sorts.

Past updates have added support for iPod touch and iPad devices running iOS 6 and iOS 7, improvements to right-to-left language support, more options for sharing your BBM PIN Barcode, the ability to find your BBM friends on social networks and more.

BBM is free in the App Store.

This update is rolling out starting today and over the next 24 hours, BlackBerry said, so don’t panic if it’s currently not showing in the App Store.