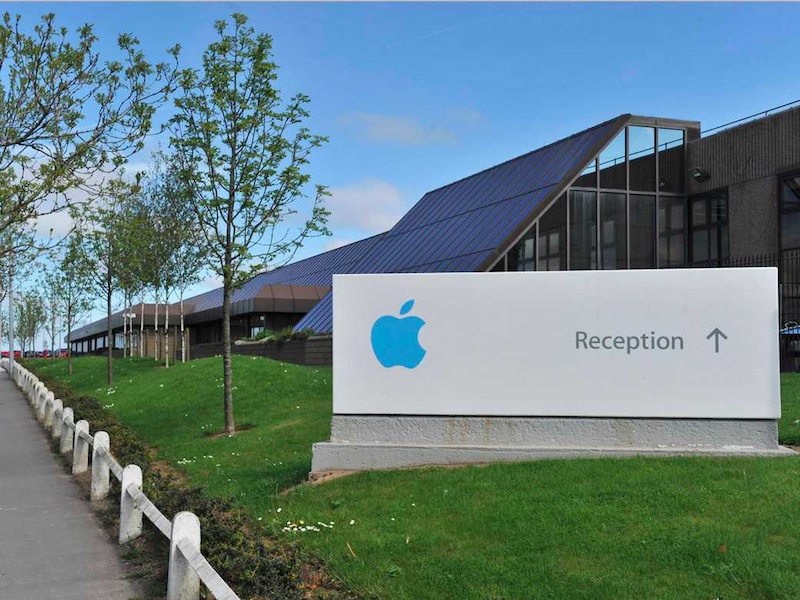 Apple CEO Tim Cook flew to Ireland today to meet with the country’s government officials and tour the company’s corporate office. Although the meeting agenda was shrouded in secrecy, media reported Cook and the head of government discussed tax loopholes and a change in the Irish laws that should prevent firms like Apple and Google to avoid declaring tax residency in either the U.S. or Ireland.

A loophole in Ireland’s corporate tax laws has enabled many of the world’s top corporations to operate as virtually stateless firms, ungoverned by any nation’s taxing authority…

TheJournal.ie reports Cook met with Taoiseach Enda Kenny after addressing staff in Apple’s corporate offices in Cork earlier this morning. The Taoiseach, by the way, is the head of government or prime minister of Ireland.

He said his country is “participating fully” in EU discussions about its corporate tax rate:

I pointed out to Cook that Ireland, as a member of the European Union, is participating in the OECD discussions that are taking place now about an international response in terms of clarity about the tax position.

There are fifteen different sectors involving that and Ireland is participating in them all.

Cook paid a visit to Apple’s local office in Cork before meeting with Kenny:

Tim Cook spoke to employees in Apple’s Hollyhill premises about the firm’s future plans. The Taoiseach will take a tour of the facility later today and meet with Cook.

The Hollyhill facility was Apple’s first office outside of the United States.

It employs more than 4,000 people in the office and serves as the assembly point for the MacBook Pro. The Hollyhill plant previously assembled the original iMac and is also a distribution center for the rest of Europe.

More importantly, Apple uses the Cork office to divert income from the rest of Europe into Ireland. The country’s Finance Minister announced in October his government would alter corporate tax laws so that Irish registered companies would be stateless in terms of their place of tax residency.

The proposed change, however, would not prevent Apple from establishing tax residency in another low-tax country.