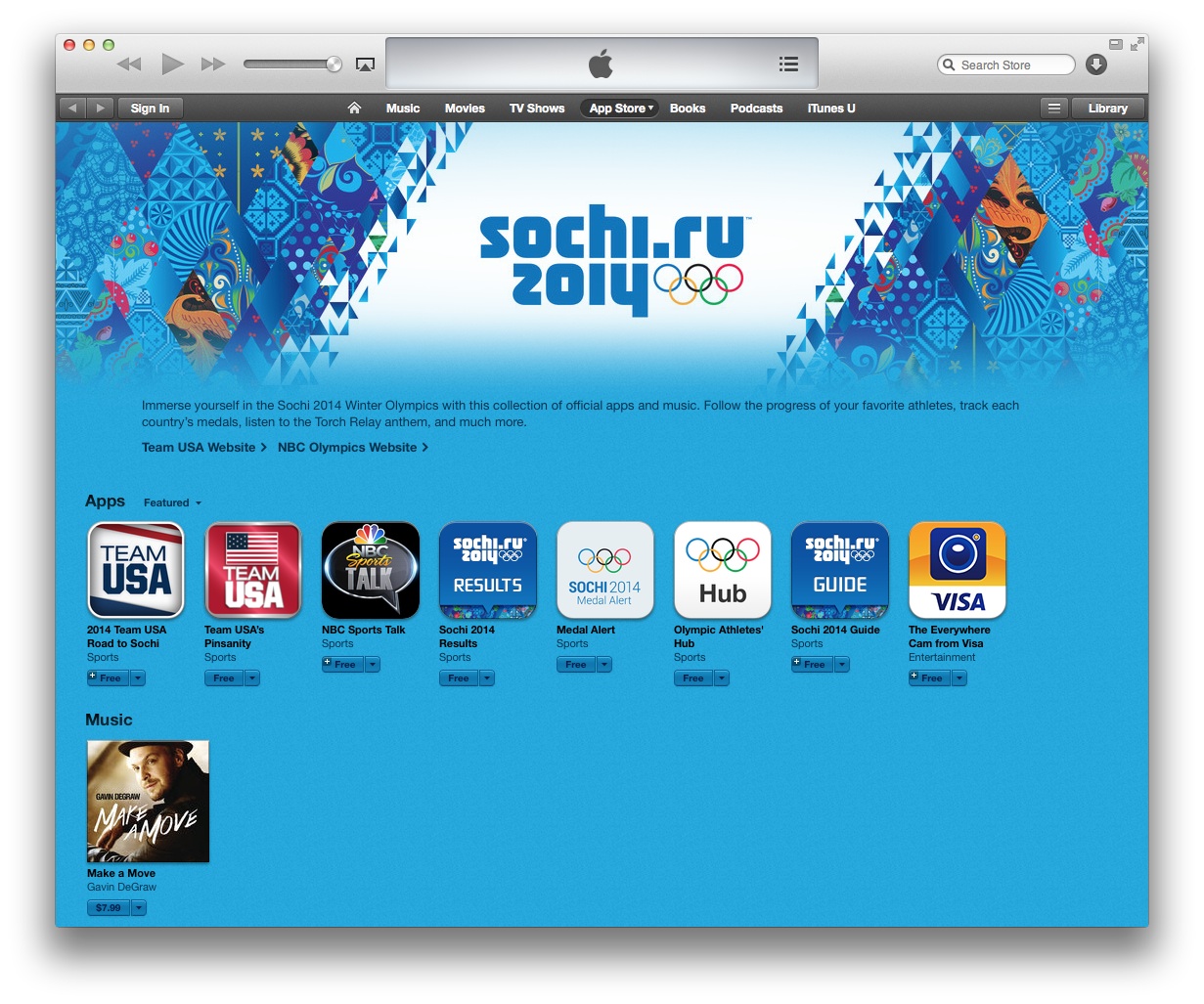 With just one week left until the February 7 opening ceremony for the XXII Olympic Winter Games in Sochi, Russia, Apple’s editorial team has published a conveniently curated App Store section which highlights some of the best iPhone and iPad applications to follow the Games, along with some Olympics related music.

“Immerse yourself in the Sochi 2014 Winter Olympics with this collection of official apps and music,” writes Apple. “Follow the progress of your favorite athletes, track each country’s medal, listen to the Torch Relay anthem, and much more”…

Some of the apps vary by region.

The aforementioned software is from the Sochi 2014 section from the US App Store. As for music, Apple only listed one album related to the Games: Make a Move by Gavin DeGraw.

You may also want to check out the official Team USA and NBC Olympics website.

Yahoo fans can follow the Games via the newly-updated Sports app, free in the App Store. Thanks to its partnership with NBC Sports, Yahoo users can also access NBCOlympics.com’s exclusive live and on-demand video, including live competition streams and highlights.

Google has also jumped on the Winter Olympics bus, too, by adding Sochi 2014 Google Now cards to its native Search app for the iPhone and iPad.

To get additional (unofficial) apps, search the App Store for ‘Sochi 2014’.

The 2014 Winter Olympics will be running between February 6-23 in the resort city of Sochi in Russia.