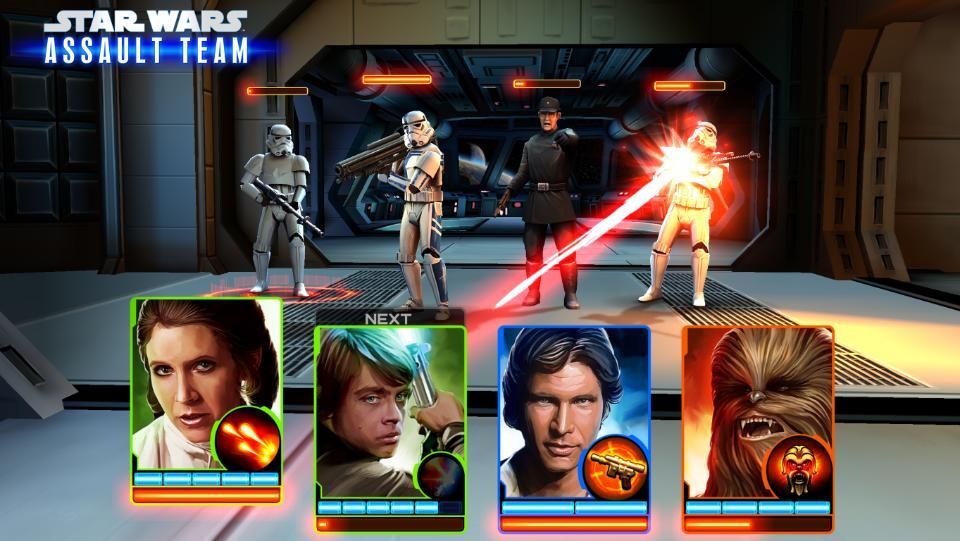 Disney announced yesterday that it’s working on a new game called ‘Star Wars: Assault Team’ for iOS and Android, and it’s set to be released later this year. Now I know you’re thinking “great, another Star Wars game, but this one looks to set itself apart.

Disney describes the game on its Tumblr blog as “a new turn-based combat game for mobile devices with strategy and card-battle elements,” where users will be collecting classic characters from the Rebel Alliance and more to defeat enemies across the galaxy…

And here’s the blog post from Disney’s Tumbler page (via AppAdvice):

Collect classic characters from the Rebel Alliance and more to defeat enemies and players across the galaxy.  Strategically deploy the team’s special tactics to battle through new graphically enhanced missions set throughout Star Wars™planets and locations from the original trilogy.”

Not much else is known about Star Wars: Assault Team, other than Disney says limited early access is being offered in select international markets on iOS and Android, and that the game will be rolling out globally this spring for iOS, Android and Windows 8 devices.