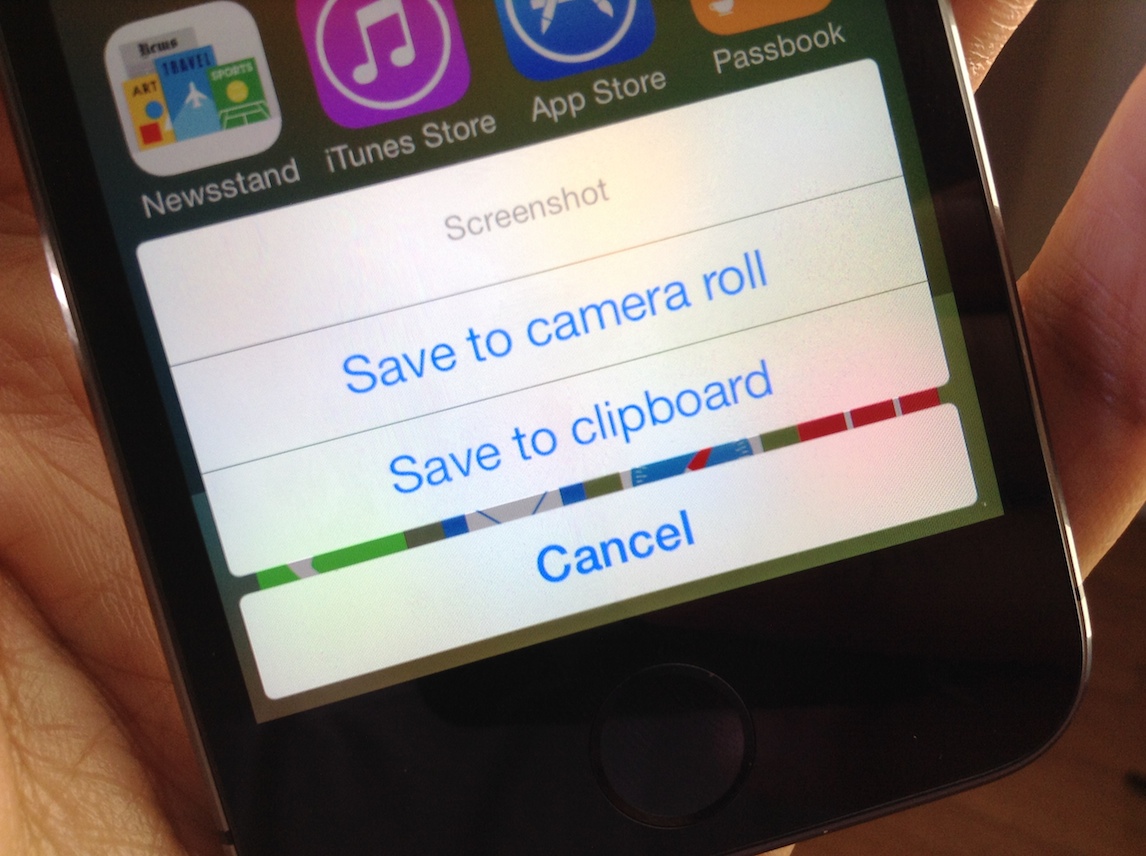 ClipShot is a jailbreak tweak that was just released today. It allows you to save screenshots to your iPhone’s camera roll, clipboard, or both.

If you’re anything like me, and you take tons of screenshots every single day, then ClipShot may be worth investigating. It’s not perfect at this point, as it does have some bugs, but it also shows loads of promise. Take a look at our video walkthrough inside for more information.

ClipShot works by prompting the user with a pop up notification after taking a screenshot. By default, you’re presented with two choices after invoking the screenshot: saving it to the camera roll as usual, or saving it to the device’s clipboard.

Saving screenshots to the clipboard allows you to easily paste the photo without having to go into the photos app. This makes sharing much easier, because you’re sharing directly from the clipboard. 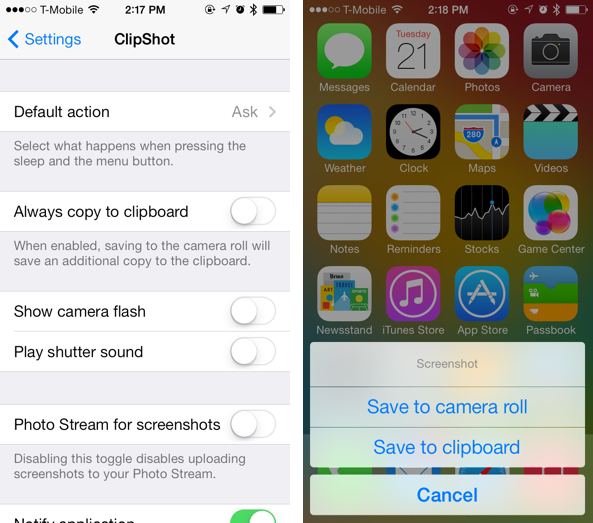 Of course, there’s quite a few options to be configured in ClipShot’s preferences. You have the option of selecting a default action, which is initially set to ask, or you can make all screenshots go directly to the camera roll or clipboard without prompting you.

There’s also a toggle to always copy items to the clipboard regardless of whether or not you have them going to the camera roll. This is where I ran into a bit of an issue, as clipboard toggle doesn’t appear to work like it should in this initial release. Items simply would not save to the clipboard, even though I had the toggle enabled to force clipboard saves.

The remaining options are great tweaks for heavy screenshot takers. You can disable the camera flash effect and shutter sound, and block screenshots from appearing in photo stream, ala Screenshot Dam.

ClipShot is available free of charge on Cydia’s BigBoss repo. As I stated, it has a bug or two, but I’m sure those will be worked out in a future release. For now, I still recommend ClipShot to those who take a lot of screenshots, as it’s a promising tweak, and you can’t beat its free price.

Let me know what you think about ClipShot in the comment section below.