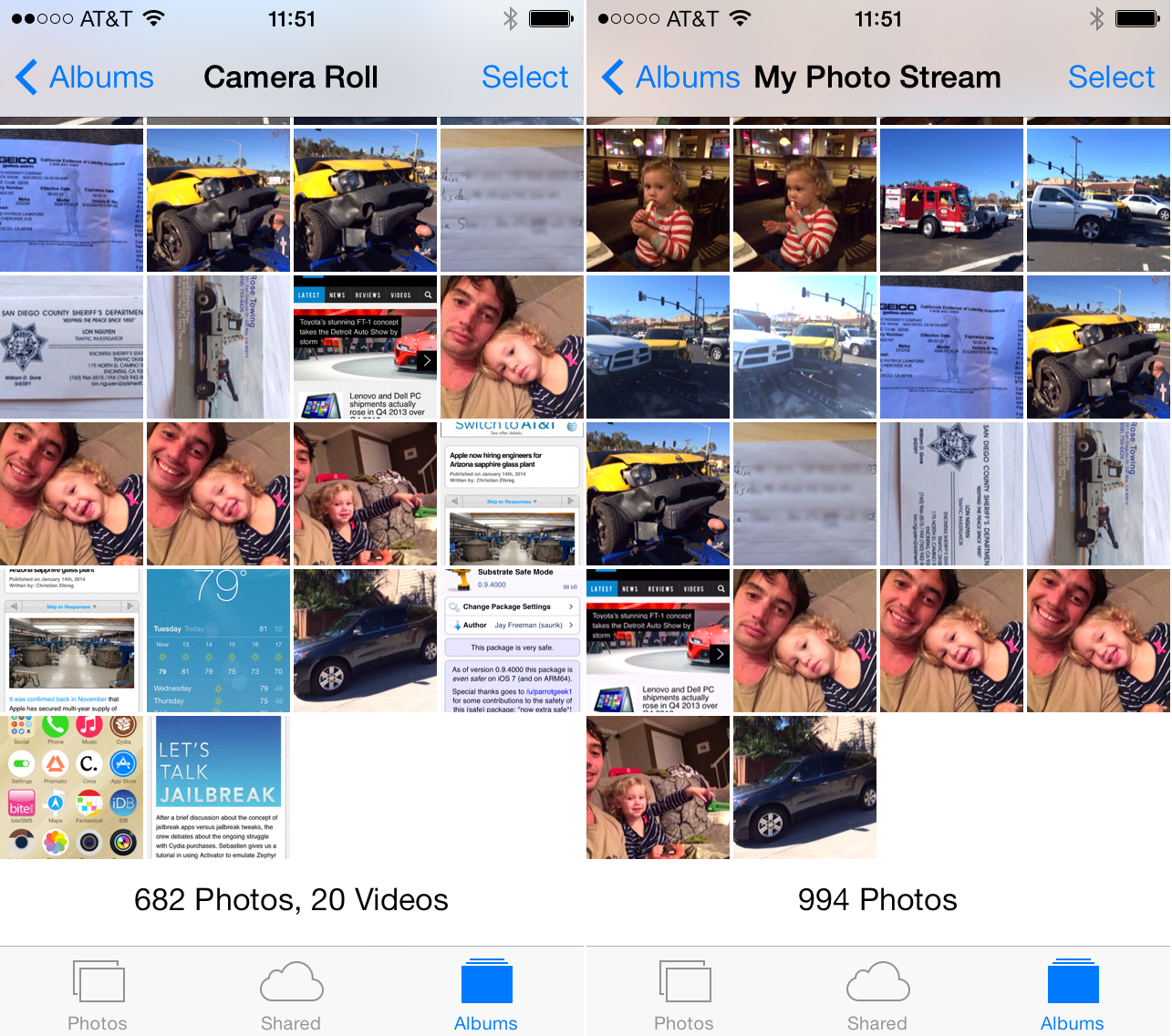 On any given week, I take dozens of screenshots of my iPhone or iPad for either personal reason, or as part of my workflow at iDB. For each post I publish involving an app for example, there are at least two screenshots, as you can see above.

Of course, every time you take a screenshot on your iOS device, it is automatically uploaded to your iCloud Photo Stream. Over time, these screenshots can be really annoying and distracting, especially if, like me, you use your Photo Stream as the screen saver of your Apple TV.

Screenshot Dam is not a new tweak. It’s been around for a while but it was recently updated for iOS 7 and arm64 devices, so I thought it would be a good time to revisit it.

Once installed from Cydia, Screenshot Dam will automatically keep screenshots out of your Photo Stream. As far as I can tell, it works really well. If you look at the image at the top of this post, you can see my Camera Roll on the left, which contains six recently taken screenshots. On the right, my Photo Stream, screenshot free.

While you can still manually upload a screenshot to a shared Photo Stream, there is no way to push a screenshot to your own Photo Stream. I think that adding this option would make the tweak that much better, because there are instances where you do want to have your screenshot show in your Photo Stream. Unfortunately, Screenshot Dam doesn’t let you do this at the moment.

It would also be a good idea to add options in the Settings app to allow a little more control over Screenshot Dam. For example, the limitation I noted in the previous paragraph could be alleviated by allowing me to temporarily turn off Screenshot Dam from the Settings app, or even better, to allow me to select screenshots to push to my Photo Stream.

All in all, this tweak works just as advertised and gets the job done. I only wish users were given a little more control.

If you want to prevent your screenshots from polluting your Photo Stream, give Screenshot Dam a try. It’s available for free in the BigBoss repo.