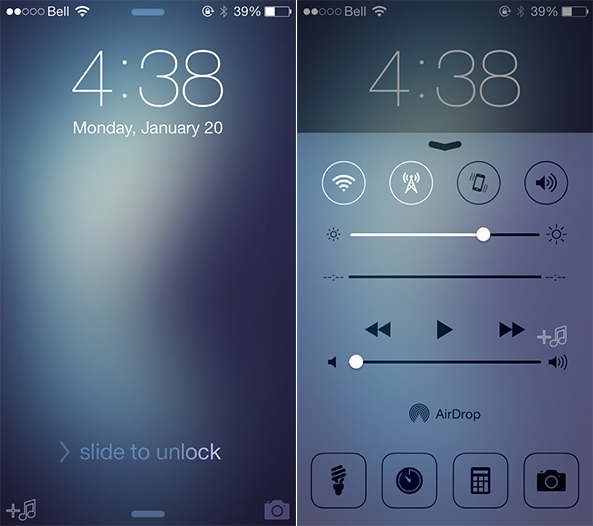 I’m a big fan of listening to music, predominately while I am making the early morning commute to college on weekdays. As a Canadian citizen, however, fumbling with my iPhone to change the song while driving is illegal because of the distraction it presents to the driver. It’s a good law, in my opinion, but one that can be understandably frustrating at times. And while a new jailbreak tweak called Pluck 2 isn’t a full-stop solution for that problem, it is a useful extension that allows me to keep my eyes focused on the road…

Pluck 2 provides full access to an iPhone’s music library directly from Control Center or the Lock screen, allowing for one to select from songs, artists, playlists, and so forth very quickly and conveniently. The tweak, designed by iOS developer ravirajm, does so by placing an easily accessible small music note toggle on the bottom-left of the Lock screen and next to the media controls in Control Center. While that process overrides the passcode, if one is enabled, I did not come across a way to exit the Music app.

There are a few shortcomings with Pluck 2 to note, even if it is merely nitpicking. First, the Lock screen toggle doesn’t exactly match the look and feel of iOS 7. It’s close, but not entirely so. More importantly, it is slightly annoying how the Lock screen toggle has to be held down for a few seconds until the music library opens. I am sure that a future update could alleviate these minor issues, which are part of an otherwise good tweak.

Pluck 2 is compatible with all iPhone and iPod touch devices running iOS 7 or later, while the iPad is not yet supported. The tweak goes for 99 cents on the Cydia Store, installable from the default BigBoss repository, aiming to save you both time and energy in life. “It’s not life-changing,” the author notes, “but after purchasing Pluck 2, you won’t have to unlock your phone several times just to pick a song.”

Whether you are at home, at work, in the gym, in your car or elsewhere, let us know how Pluck 2 works for you in the comments.