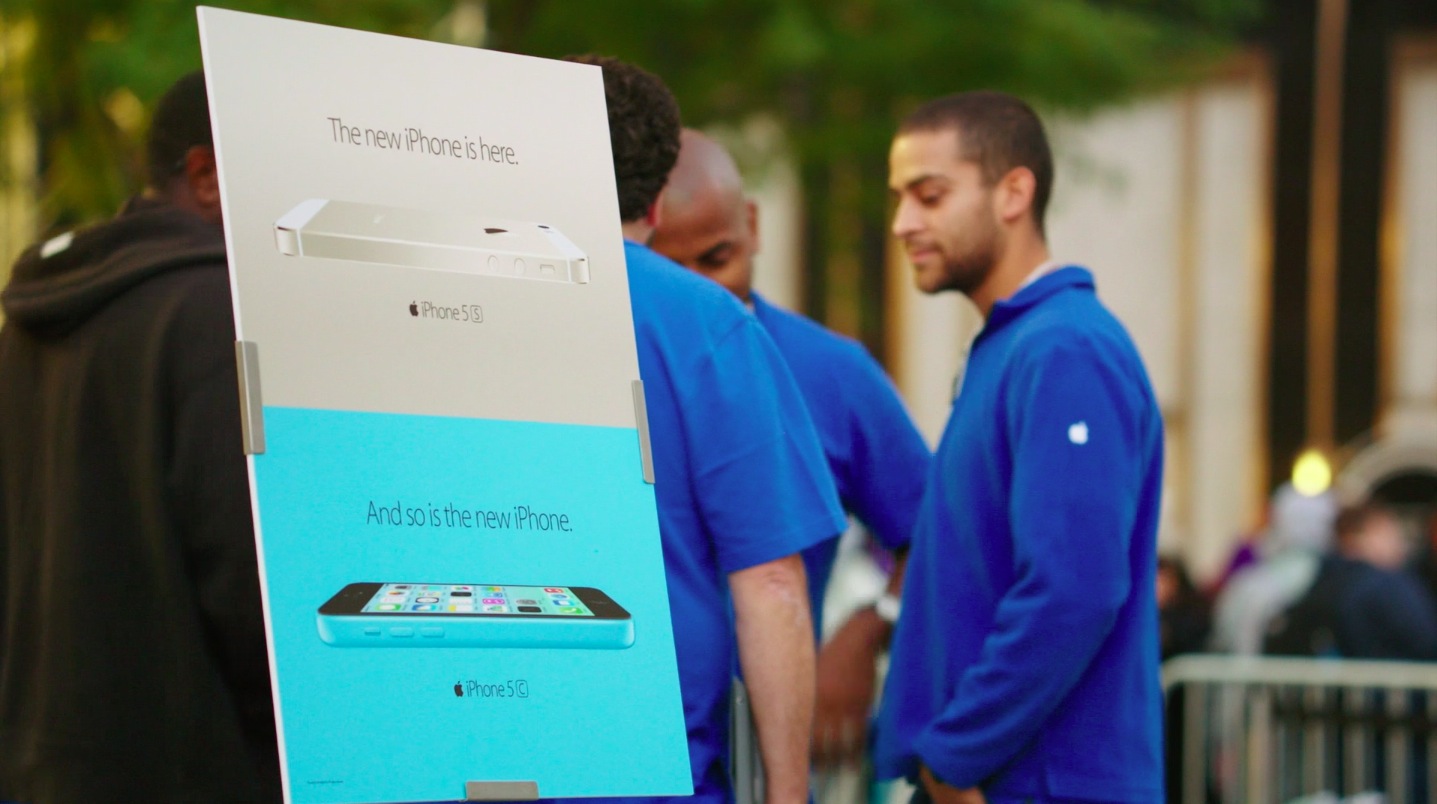 Although we won’t get to see some cold, hard numbers in terms of the iPhone’s market performance until January 27, when Apple is scheduled to deliver its earnings results for the calendar 2013 holiday quarter, it already looks like the “disappointing” dual-iPhone launch has altered the landscape in the United States in Apple’s favor.

Research firm NPD on Thursday published its survey of U.S. smartphone ownership, showing the Apple handset growing its share of domestic customers to 42 percent, a notable jump from the 35 percent share in the year-ago quarter…

The study, which surveyed about 5,000 smartphone customers in the United States, found every other vendor – HTC, LG, Motorola, BlackBerry and Others – losing steam with the notable exception of Samsung of South Korea, which went from 22 percent in Q4 2012 to 26 percent in Q4 2013.

Together, Apple and Samsung accounted for more than two-thirds of the U.S. smartphone market in the Christmas quarter, or 68 percent. That means that out of every three U.S. smartphone owners, two carried an iPhone or a Galaxy smartphone in their pocket. 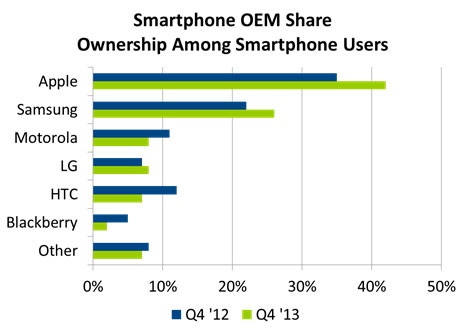 It should be noted that the United States isn’t really an accurate representative of the worldwide market, with Android leading on the global scale with as much as 80 percent of all smartphones sold due to its availability across a wide range of price points, sizes and carriers.

In regard to the iPhone, Apple CEO Tim Cook hinted in interviews announcing a landmark deal with China Mobile that his company saw a record high sales of all iPhone models in the Greater China during the holiday quarter.

By some estimates, Apple shipped about 1.4 million iPhone 5s units to China Mobile ahead of the launch. The handset officially goes on sale on the China Mobile network tomorrow, a “watershed day” for Apple.

By comparison, the iPhone 5 during the same period of 2012 took 50 percent of sales and the iPhone 4s represented 32 percent.