According to the Apple Investor webpage, the company will hold a conference call on Monday, January 27, to discuss financial results of its first fiscal 2014 quarter. The call is scheduled at 2:00pm Pacific / 5pm Eastern Time.

Apple typically announces quarterly earnings via a press release issued half an hour ahead of these calls and we’ll be providing around the clock coverage to make sure you’re up to date on all matters concerning the company’s business metrics.

The upcoming earnings report should be interesting on many levels as it will cover the all-important holiday season sales data for the iPhone 5s/5c, the iPad Air and iPad mini with Retina display…

iOS devices are the staple of Apple’s business, accepting for nearly 70 percent of its revenue and more than half the profits so you can imagine analysts and Apple fans will be scrutinizing the numbers coming out of Cupertino.

Apple typically provides a link to the live audio webcast (QuickTime will be required) so anyone can listen to CEO Tim Cook dropping his vague hints of “amazing new products in the pipeline” and finance chief Peter Oppenheimer discussing the numbers.

Apple is expecting Q1 2014 revenue of $55–58 billion and gross margin between 36.5 and 37.5 percent. I bet investment guru Carl Icahn will dispatch his minions to press the leadership team on a share repurchase program.

During fiscal 2013, Apple spent $23 billion of the $60 billion share repurchase program, but Carl felt Tim Cook & Co. should allocate the entirety of Apple’s $150 billion in cash and cash equivalents in order to appease Wall Street’s demand for growth and profits and greedy investors like himself.

The Apple Board ignored the proposal so Icahn formally filed a shareholder proposal in November asking instead for a $50 billion stock repurchase authorization.

Fortunately, Cook is not the kind of guy that can be pushed around – Apple in its preliminary proxy filing with the SEC proposed that investors vote against Cahn’s proposal as the board is already “thoughtfully considering options for returning additional cash to shareholders.” 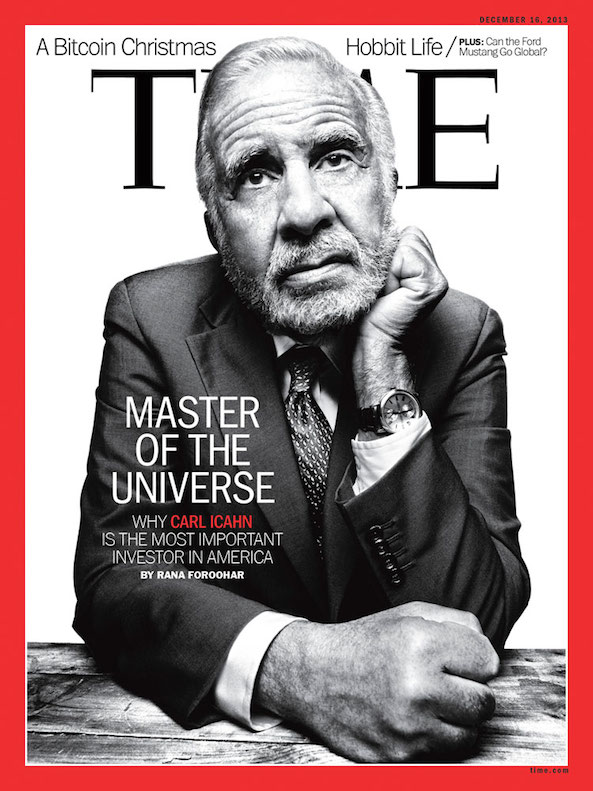 Icahn has since turned his attention to rental company Hertz, where he bought 40 million shares, a move that immediately prompted the company’s management to adopt a so-called “poison pill” out of fear that Icahn would gain a seat on the board and influence the company’s direction.

What are your expectations and predictions from Apple’s Q1?