As expected, Apple is out with its financial report for Q4 this afternoon. It’s an important one, as the company began selling two new handsets simultaneously last month, and Wall Street is dying to know how the strategy is working thus far.

Well, so far so good. Apple announced today that during its fourth quarter of 2013, it sold 33.8 million iPhones, beating Wall Street expectations of 31 million. It also sold 14.1 million iPads and garnered $37 billion in revenue. More after the fold…

Here is the full breakdown:

“We’re pleased to report a strong finish to an amazing year with record fourth quarter revenue, including sales of almost 34 million iPhones,” said Tim Cook, Apple’s CEO. “We’re excited to go into the holidays with our new iPhone 5c and iPhone 5s, iOS 7, the new iPad mini with Retina Display and the incredibly thin and light iPad Air, new MacBook Pros, the radical new Mac Pro, OS X Mavericks and the next generation iWork and iLife apps for OS X and iOS.”

“We generated $9.9 billion in cash flow from operations and returned an additional $7.8 billion in cash to shareholders through dividends and share repurchases during the September quarter, bringing cumulative payments under our capital return program to $36 billion,” said Peter Oppenheimer, Apple’s CFO.” 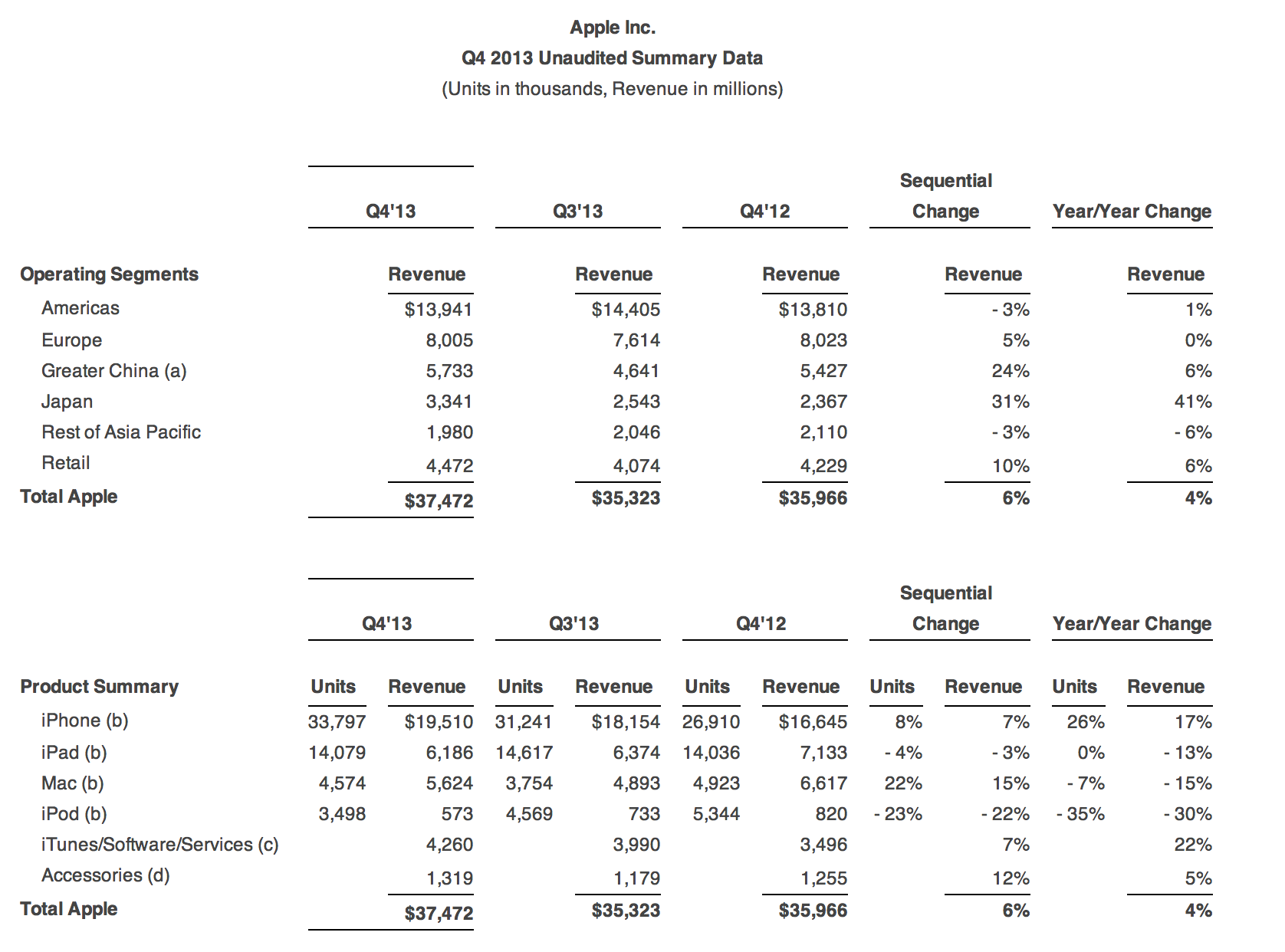 Apple’s earnings call will start in just a few minutes. If you’d like, you can listen to a live webcast of the call via the the investors portal. Or, as usual, you can check back with iDB later this afternoon for commentary and major announcements.