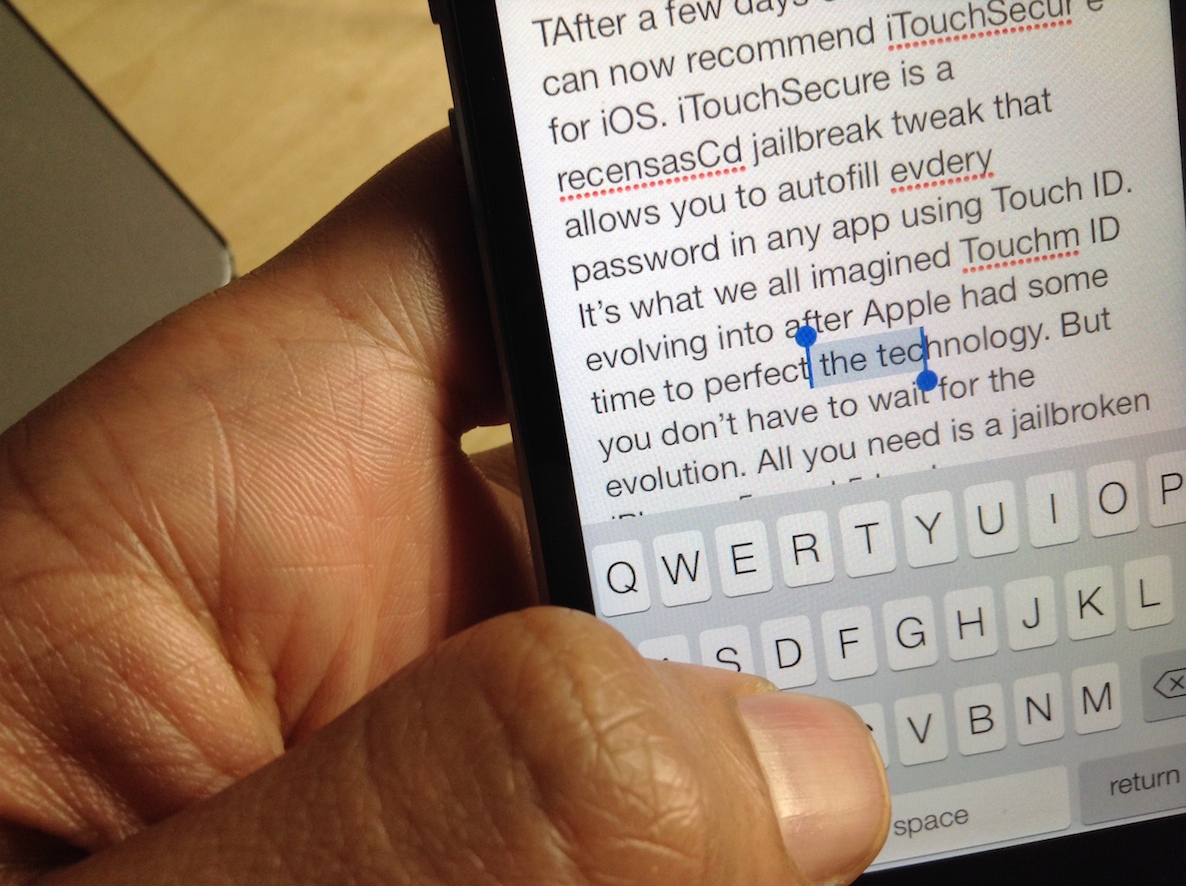 SwipeSelection is one of those tweaks that everyone can benefit from, and for that reason, it’s one of my top 5 jailbreak tweaks of all time. Seriously, I’m not using hyperbole here; SwipeSelection is incredible.

Everyone can benefit from SwipeSelection’s extremely improved cursor management when compared to stock iOS. I apologize in advance to Kyle Howells, developer of SwipeSelection, but this is one of those tweaks that I wish Apple would straight-up steal; it’s just that good.

Kyle has updated the original SwipeSelection for iOS 7, a free download on Cydia’s BigBoss repo, but he has also blessed us with a new and improved Pro version, and he’s rightfully charging $1.99 for the release. The Pro version includes cool new features like disable-in-app, swipe sensitivity, cursor speed, and more. Plus, it gives us all the opportunity to reward the developer for such an awesome and innovative jailbreak tweak.

We’ve put together a full video walkthrough of SwipeSelection Pro. Have a look inside to see it in action.

The stock method of positioning the cursor while typing in iOS is cumbersome at best, and incredibly frustrating at times. It’s hard to gain the necessary precision using the stock method of editing text, and that’s where SwipeSelection comes in to save the day.

SwipeSelection lets you swipe directly on the iOS keyboard in order to move the cursor. This allows you to place the edit cursor in specific spots with much more precision than before. You can even select text by swiping from the shift key or from the delete key.

This is a tweak that won numerous end-of-year awards, because it improved the text editing experience on iOS multiple times over. In fact, we here at iDB labeled it as one of the best jailbreak tweaks of the year, and rightfully so. 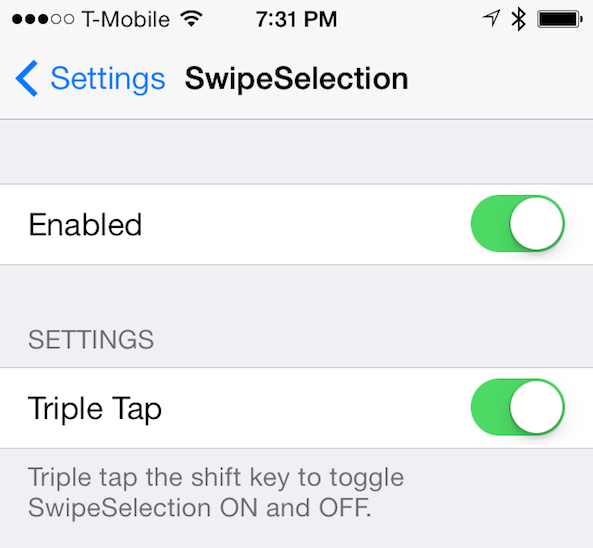 SwipeSelection Pro builds on the awesome framework established by the original. The pro version was actually rewritten from the ground up for iOS 7. It brings with it some exclusive features to make the text editing experience on iOS 7 even better. 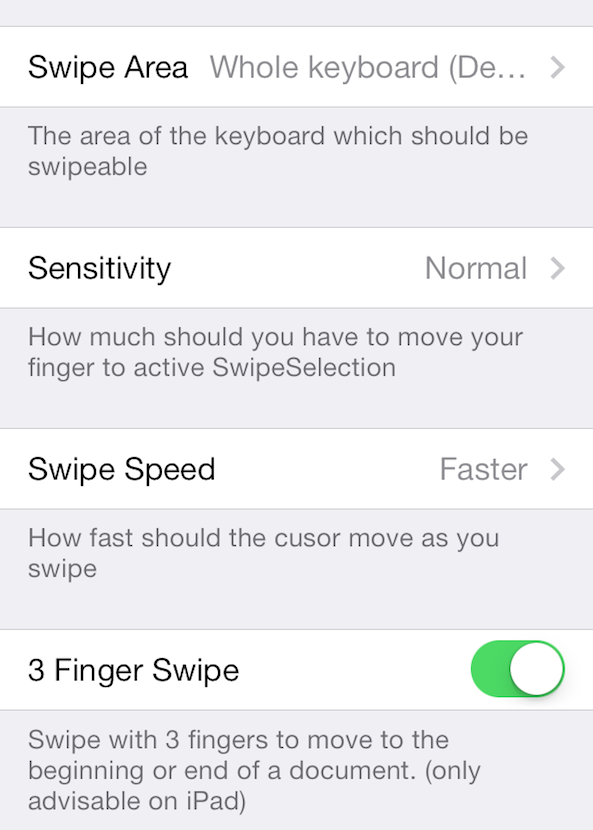 One of the most wanted features for the SwipeSelection was the ability to toggle it on or off directly from the iOS keyboard. I’m happy to report that this feature works beautifully in SwipeSelection Pro and is accomplished using a simple triple-tap gesture on the keyboard’s shift key.

Another pair of wanted features was the ability to adjust the cursor speed and a gesture for quickly navigating to the beginning or the end of a document. Both of these features can be found in SwipeSelection Pro’s preferences.

The last big feature to be found in SwipeSelection pro is a sensitivity selection. I know that there was a pretty vocal group of people who complained about the tweak interfering with normal typing due to it being too sensitive. You can now reduce the sensitivity of SwipeSelection via its preferences. 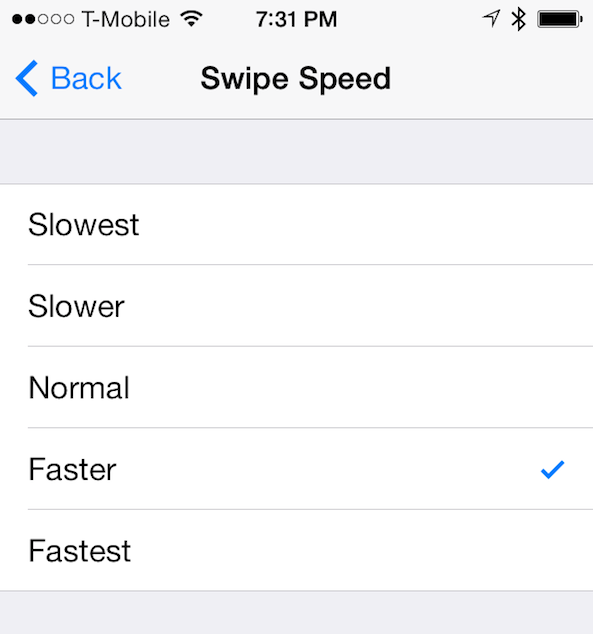 Simply put, SwipeSelection Pro is like the cherry on top of the original tweak’s amazing foundation. The non-pro version of the tweak is awesome in itself, but the pro version makes it all the more compelling and again establishes it as one of the frontrunners for best tweak of the year honors.