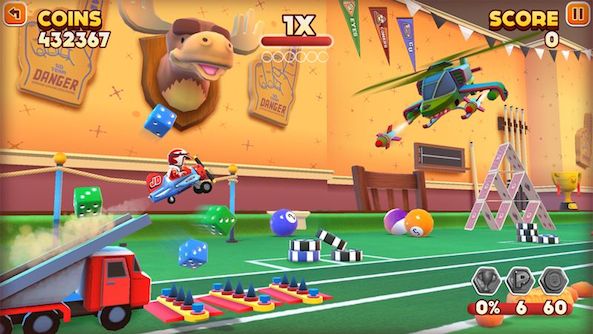 One year ago, Joe Danger jumped into the App Store and became a big hit with fans of casual arcade games. Players could jump, duck, and tap their way across toy-like courses as the tiny stuntman.

Joe Danger Infinity is the sequel to the fun-filled toy box adventure starring the mini motorbike man. Plus, there are new characters, vehicles, and challenges to make the game feel brand new…

Players control an Evil Knievel style stunt bike with Joe Danger at the wheel. His motorcycle accelerates automatically, but you control his jumps and ducks. Tap the screen to get some air and pick up coins along the course. Touch and hold the screen to make Joe duck into tunnels and under low bridges. 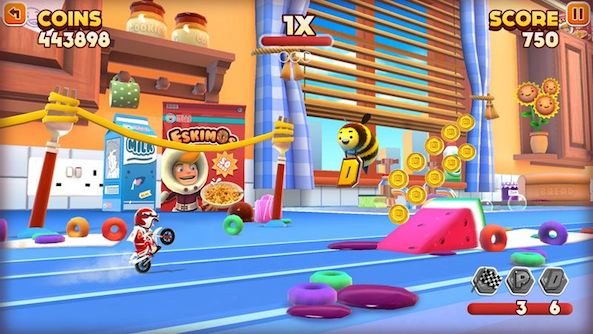 In addition to keeping track of a crazy obstacle course, you must also pay attention to what is happening in the background in order to pick up stars and collect special items. While tapping the screen with your left thumb to make Joe jump, tap the screen with your right hand to pick up a floating star. Be careful how closely you pay attention or you may go cross-eyed. Performing tricks and stunts will also earn you extra points.

In this sequel, there are 20 new vehicles, each with their own special abilities. For example, some cars glide over puddles and others can jump extra high. There are also new characters to unlock with an extra special Gold Joe Danger. 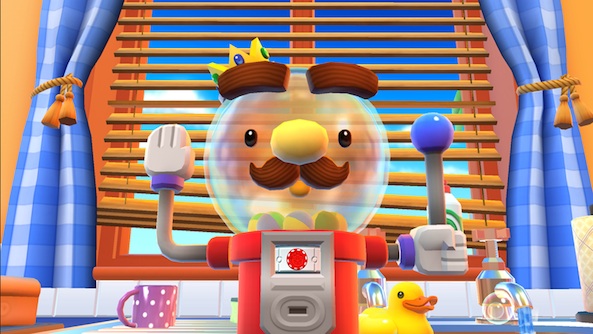 Players can also win special toys by finding King Gumball’s coins. When you find a coin, you can use it to get a toy from the King’s belly. There are 25 characters to unlock.

Although the game is called Joe Danger Infinity, it isn’t exactly an endless runner. It has many of the same mechanics that an endless runner game does. For example, your distance is calculated throughout and the game gets harder and faster as you progress. However, each level has a finish line so you don’t have to start over from the beginning every time you crash.

Fans of the first game will note that, in the sequel, levels automatically load. However, you don’t have to continue playing. Simply tap the character to pause the auto load feature if you want to look around a bit and buy new toys.

Joe Danger Infinity is available on the iPhone, iPad, and iPod touch for $2.99. Download it in the App Store today.