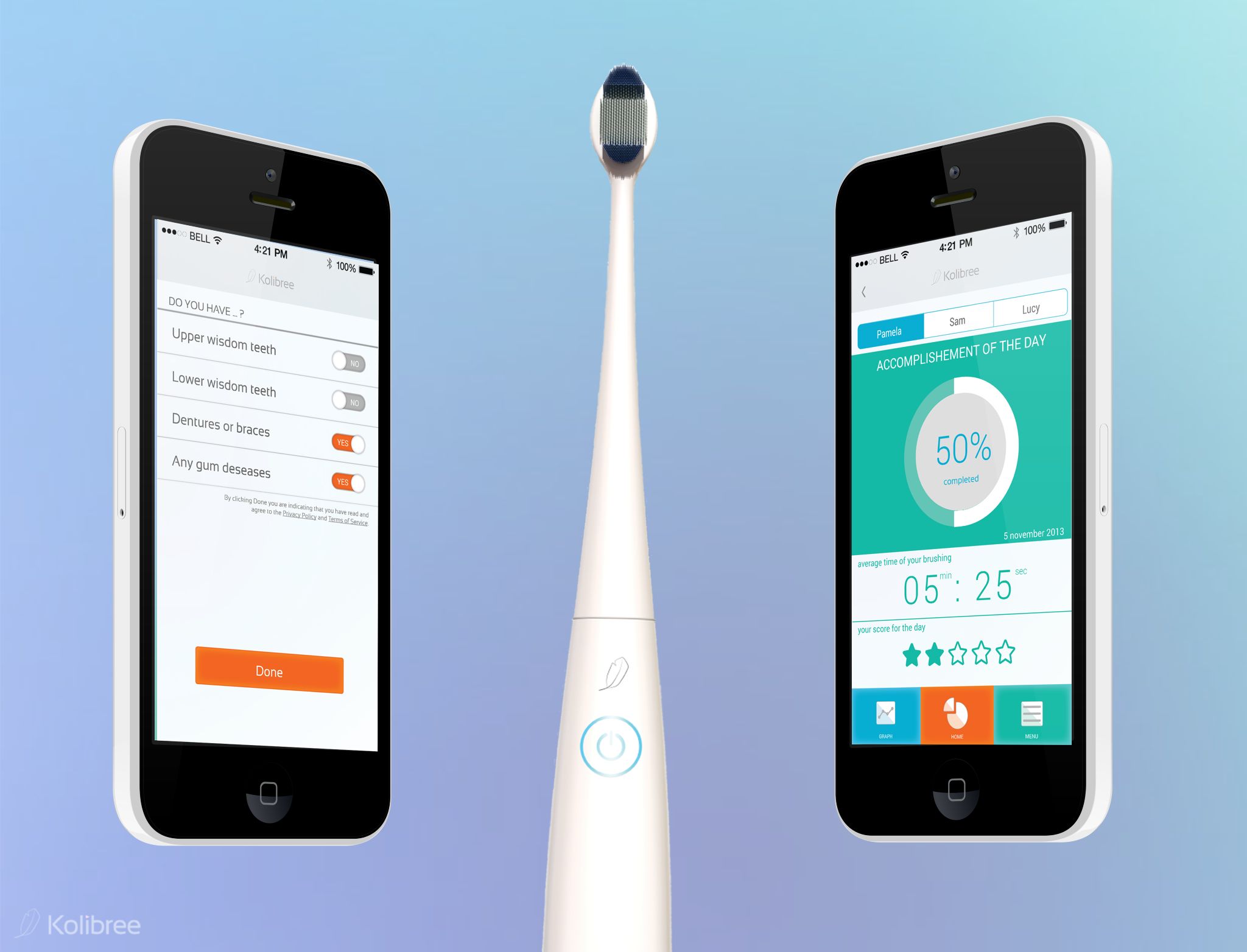 Last year’s CES brought us the Hapifork smart fork from Hapilabs and this time around the French startup Kolibree is bringing what appears to be the world’s first app-connected sonic electric toothbrush. Yup, you read that right.

The eyebrow-raising announcement aims for better dental care by game-fying your daily tooth-brushing habits with scores, leaderboards and more.

Designed to “outsmart your dentist,” co-founder Loic Cessot promises his company’s product will “reinvent oral care”. Read on for additional tidbits and a video…

“The technology in the industry has not evolved for years,” Cessot said. “The idea is not to brush stronger, but smarter”.

Kolibri said that the toothbrush contains an accelerometer sensor and taps a unique software technology to actually analyze your brushing habits and detect how much tartar is being removed in a brushing, beaming this data wirelessly using Bluetooth technology to your iPhone or iPad for competitive analysis. 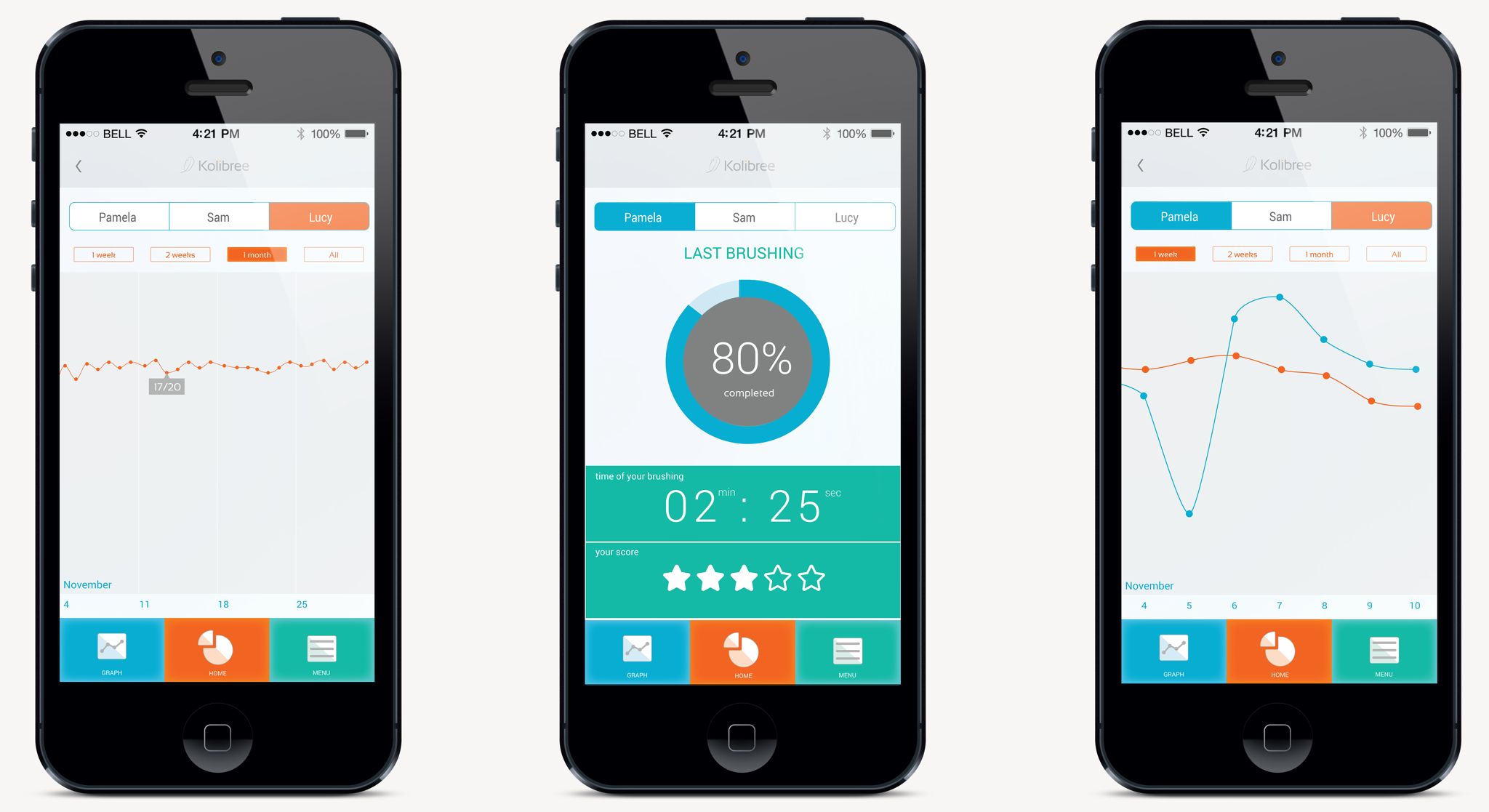 The free app then gives you a score based on whether you’ve brushed long enough and reached the hard-to-reach but important parts of your teeth and gums. The gizmo is of course rechargeable and calibrates to the shape of one’s mouth for better results.

You’ll get a lower score if you’re being slack in certain areas, which should hopefully motivate you enough to take better care of your teeth and gum. Users will even be able to share stats with their dentist, if need be, and there will be an API to let third-party apps use brushing data and enhance brushing time.

Here, check out the promo video.

The name of the game here is the gamification of oral hygiene:

Designed for families, the app works with several toothbrushes so the entire family can participate. Kolibree rewards your progress and cheers you on when you are improving, allocating points to kids to encourage them to improve their brushing habits.

The multi-user feature is designed to entice parents to compete with their kids and compare their dental performance with them. 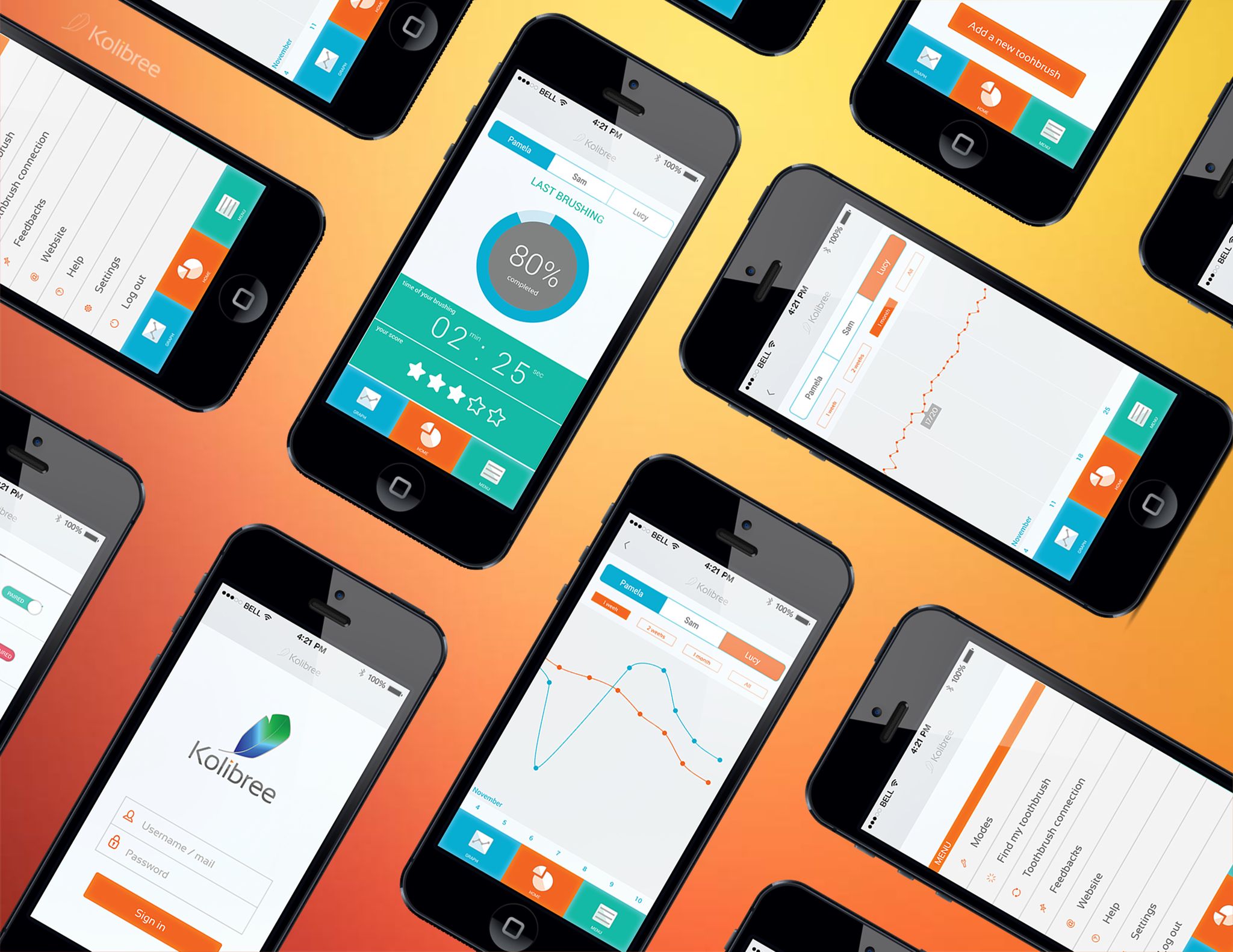 The only problem: the toothbrush will set you back between $99 and a whopping $200 when it launches initially through Kickstarter in the third quarter of 2014, with pre-orders starting this summer.

By the way, they’ve named the startup after the Colibri hummingbird due to its wing-batting resembling the electronic vibrations of the toothbrush. The hard-bristled designed should be overhauled in the final version, the company said.

Visit the official Kolibree website to register your interest.

Check out Withings’ new smart sleep tracking system, Orbotix’s second-generation Sphero 2B app-connected toy and a plethora of new Griffin accessories. And make sure to keep tabs on iDownloadBlog’s CES 2014 coverage for the latest from CES, the Disneyworld for adults.