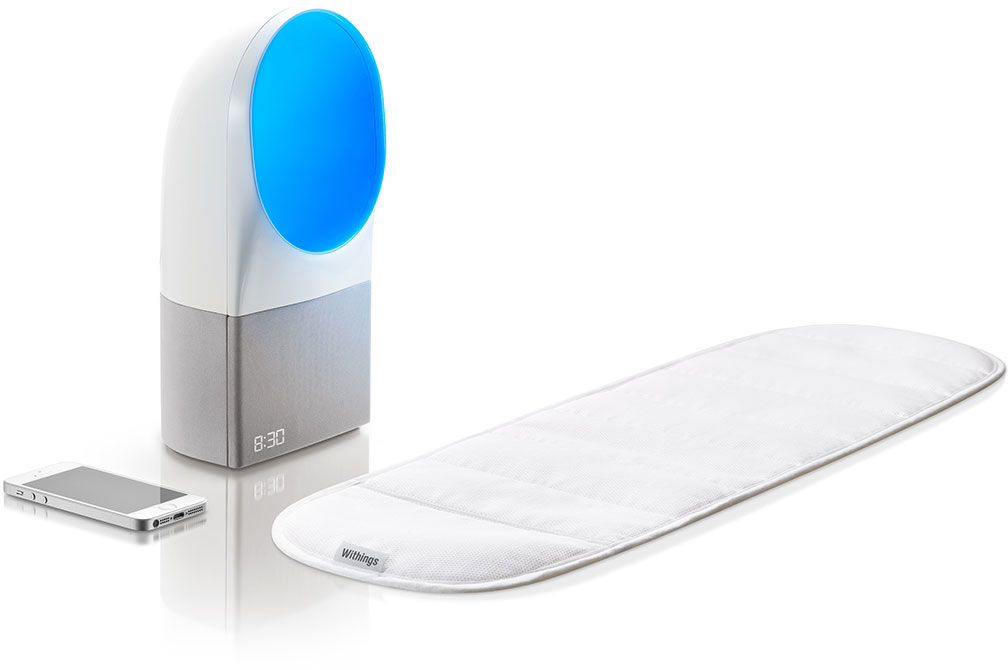 Continuing on with our day one coverage of CES, we have Withings. The France-based consumer electronics company, which made a name for itself with its Wi-Fi body scale, announced a new connected device today called the Aura.

Withings calls the Aura a ‘smart sleep system,’ and says it’s designed to both monitor and positively impact your sleep experience. It does this by leveraging a combination of sensors, ambient lighting, a little science and a mobile app… 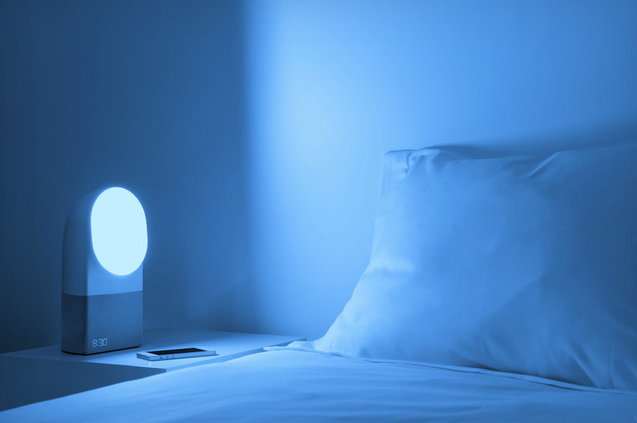 Now, we’ve seen so-called ‘sleep trackers’ before, built into fitness devices from Jawbone and Fitbit. But it’s pretty clear that Withings has bigger ambitions here, as it takes the task of monitoring your sleep activity much more seriously.

There are two parts to the Aura: a pad that slides under your mattress to monitor your body movements, breathing cycles and heart rate, and a bedside unit for tracking things like noise pollution, room temperature, and light levels. 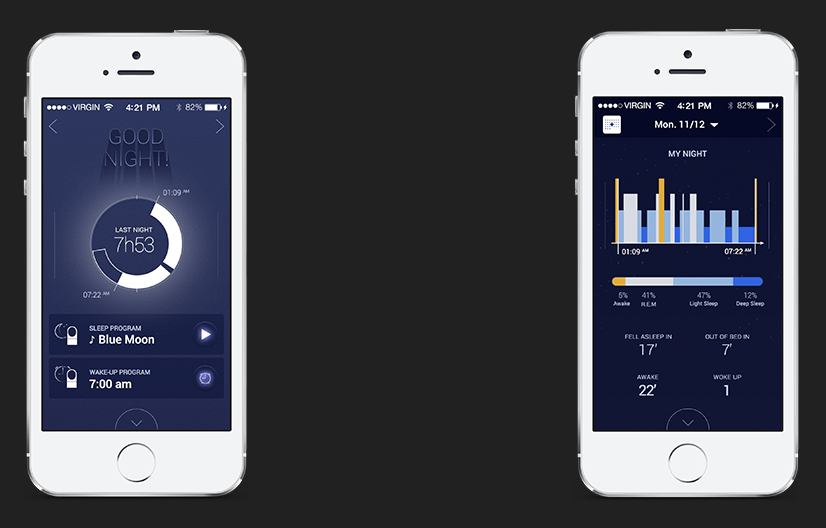 The bedside device also doubles as an alarm clock, with the ability to wake you up via its dimmable LEDs or sounds. And you’ll control this and the under-matress sleep sensor, and view their collective data, via the companion smartphone app.

There’s no word yet on which platforms the Aura will support, but the expectation is that it’ll probably land on iOS first and then head to Android. Withings says that it plans to launch the device in the spring of this year with a price tag of $300.

For information, click here and be sure to stay tuned to iDB this week for more CES 2014 coverage.