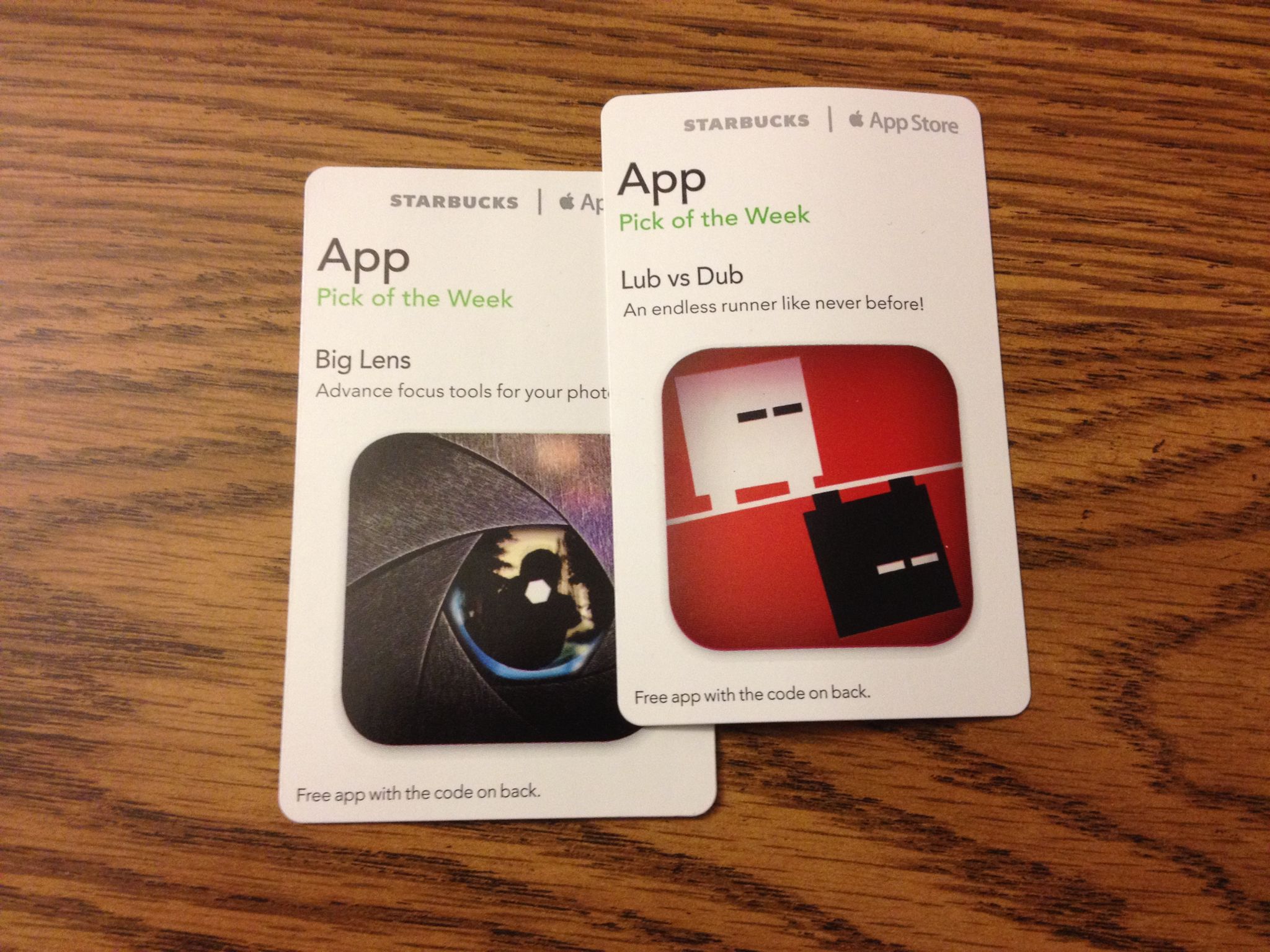 Starbucks, a Seattle-based global coffee company and coffeehouse chain and Apple’s longtime marketing partner, started offering ‘Pick of the Week’ promotion via its recently Passbook-enabled App Store app back in 2011. The tie-in allows Starbucks customers to download paid iOS applications for free as they sip on their beverage of choice.

The company has now upgraded its backend system to allow folks to scan these redemption codes using their iPhone’s iSight camera, a feature Apple added to iPhone, iPod touch and iPad devices as part of its iOS 7 software release in September 2013…

As reported by Sarah Guarino of 9to5Mac, instead of manually typing the promo code on the back of a physical Starbucks card, customers can now just point their iPhone’s camera at the code. A moment later, iOS 7 recognizes the code and automatically starts downloading your free app. 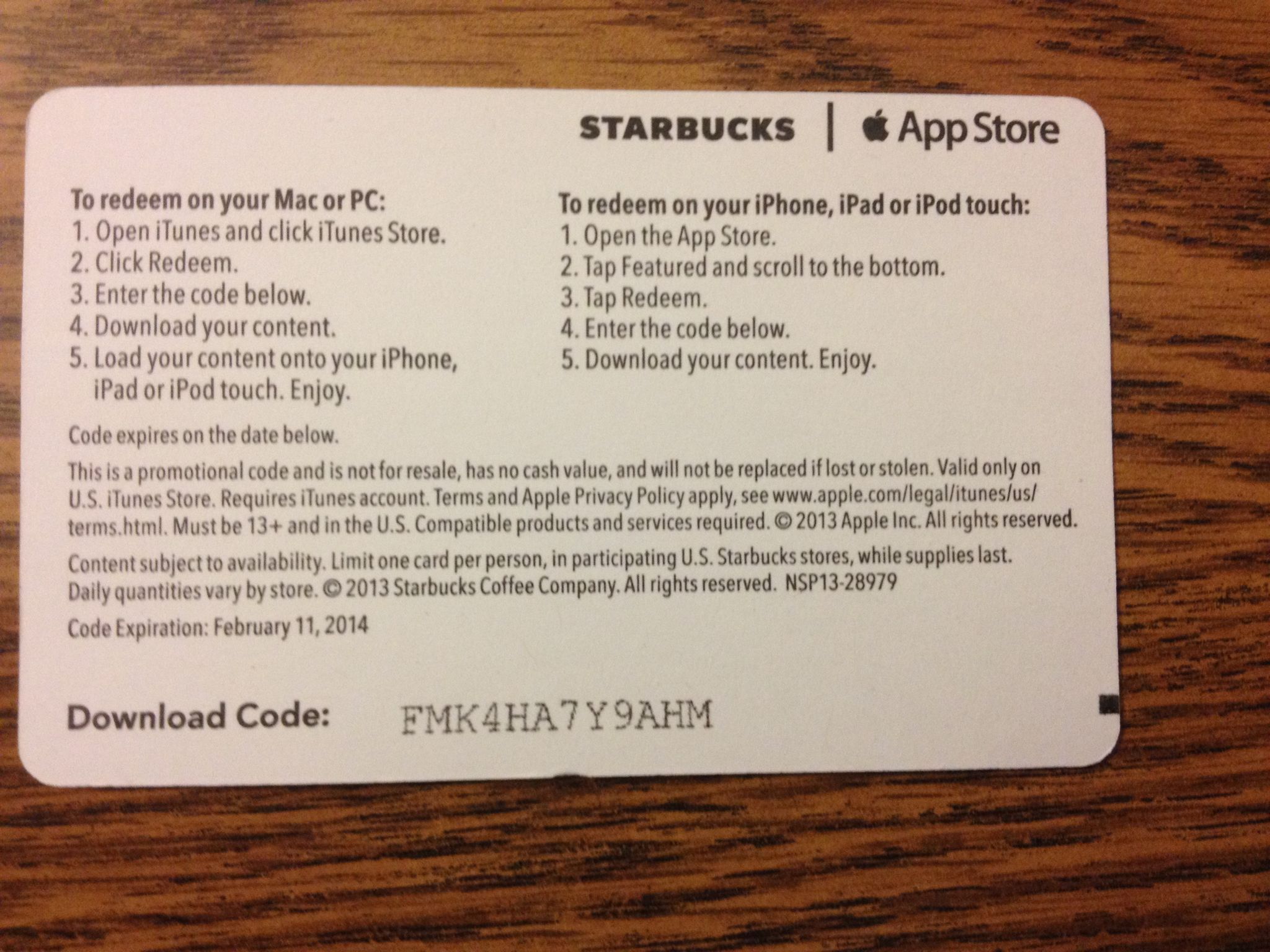 Apple first added the ability to scan and redeem promo codes on printed  iTunes Gift Cards using the Macs’s built-in iSight camera with the release of iTunes 11 back in November 2012.

A year later, the same feature was brought to iOS devices via the iOS 7 software update.

Starbucks’ Pick of the Week digital promotion was launched more than two years ago to entice users of Apple devices to have their lattes at Starbucks location by giving away a different paid iOS app or other piece of iTunes media each week.

Apple also allows its registered developers to scan and recognize barcodes with the iSight camera by way of new iOS 7 APIs. A Cydia tweak for jailbroken devices, NativeQR, lets you scan QR codes directly from the stock Camera app.