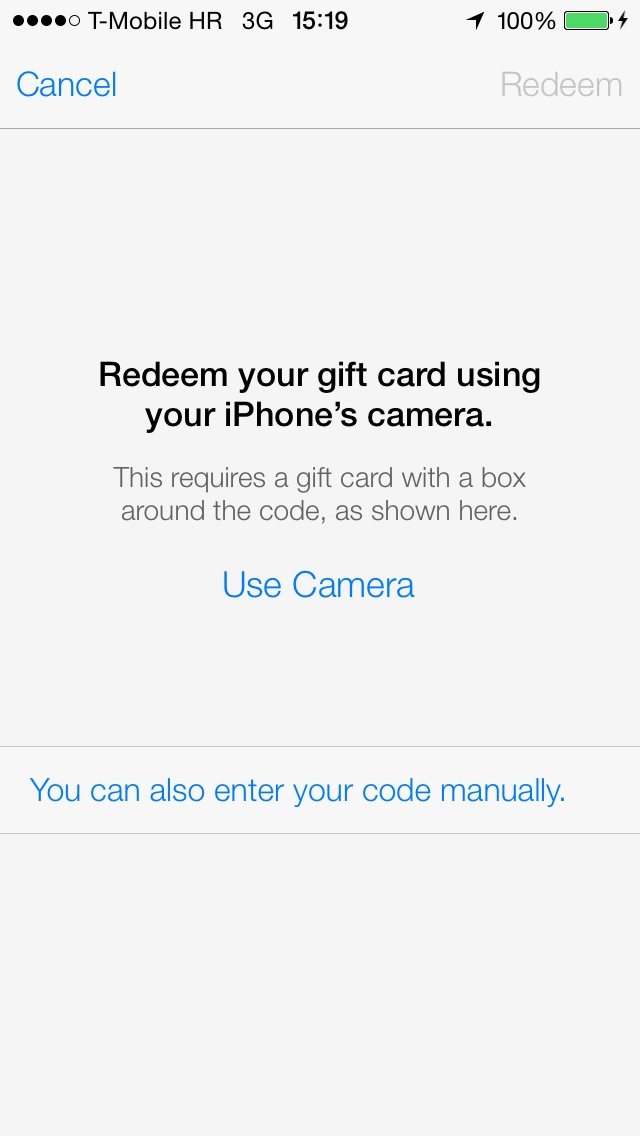 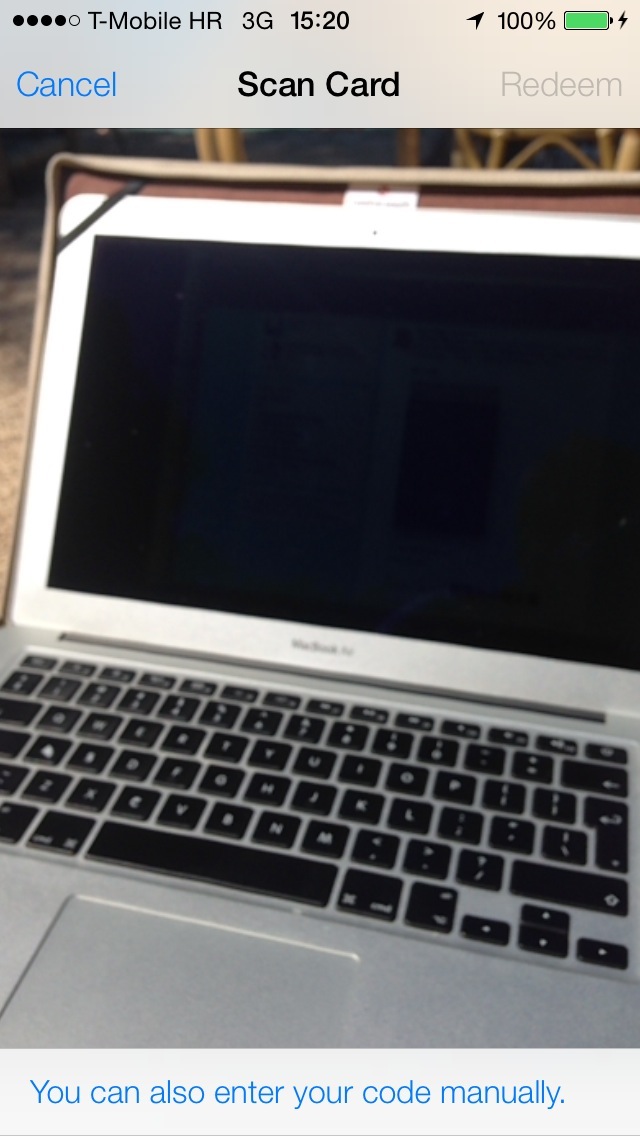 Last November’s release of iTunes 11 has brought out a handy new feature which lets you redeem a code found on iTunes Gift Cards by scanning the printed card with your Mac’s FaceTime camera. In iOS 7, Apple is taking iTunes card scanning to any compatible iOS device outfitted with a back camera.

Not only that, Apple states that new iOS 7 APIs for developers include barcode scanning as standard…

Hat tip to Beau Giles for spotting this new capability.

The feature is available in the App Store storefront app on the device. Just hit the Redeem button at the bottom of the Featured section.

The interface, depicted in the screenies top of post, offers you to either type in the code manually or use your iPhone’s camera in order to scan the card. iTunes card scanning requires “a gift card with a box around the code,” the prompt cautions.

I’ve noticed that scanning only works with the back-facing iSight camera as there’s no button to switch to the forward-facing FaceTime cam. Also, tap-to-focus functionality is disabled so you’ll have to bring in your card close enough. 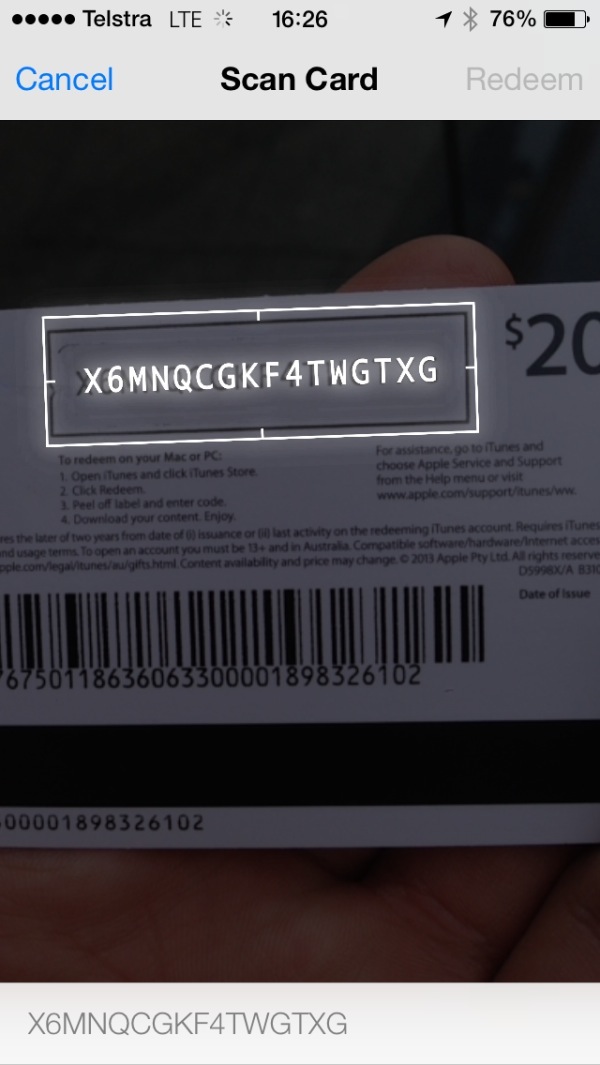 This is a handy feature.

I’m loving how Apple is unifying the experience across devices with the little touches like iTunes card scanning via Mountain Lion Macs, and now through iOS 7 mobile devices.

According to Apple’s portal for developers, new camera-focused APIs include the ability to “scan and recognize barcodes with the camera” as well as video capture at 60 frames per second for dramatic slow-motion scenes.