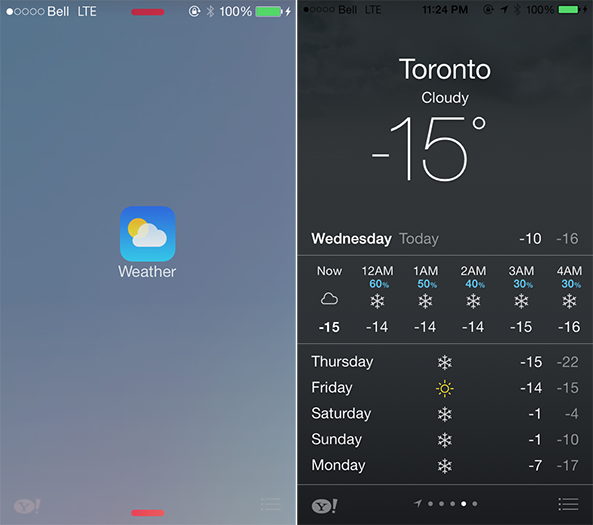 A much-anticipated release of Cydia Substrate for iOS 7 has prompted a number of developers to release or update jailbreak tweaks, and Swipey is among the latest to make the list. The new tweak, the work of iOS developer Tyler Nettleton, extends the functionality of the Lock screen with a quick launcher for accessing your favorite apps. A simple swipe to the right provides you with access to Camera, Instagram, Messages, Twitter or whichever apps you assign to appear…

Jeff takes an in-depth look at Swipey in a video walkthrough:

After swiping to the app that you desire to open, it should open after a few seconds. If you want to unlock your device normally, swipe to the left instead. Swipey maintains the security of your device by still requiring a passcode before it proceeds to open any app. The tweak is configurable through its dedicated menu in the Settings app, where you can set the position of which system and third-party apps you would like to appear on your Lock screen.

I generally had no performance issues with Swipey on an iPhone 5 running iOS 7.0.4, outside of a bug that required me to restart my device after taking a few screenshots of the tweak for this article. If you encounter any issues of your own, Nettleton has already pushed a minor update to Cydia to alleviate a few bugs that he discovered with the tweak. Expect that update to hit the BigBoss repository very shortly.

In what should become a more common trend going forward, Swipey offers support for A7 devices like the iPhone 5s. The useful iOS extension is available on the Cydia Store for $1.99, with support for both the iPhone and iPod touch. iDownloadBlog is also pleased to offer you the chance to win one of five copies for free, thanks to the generosity of Nettleton. To enter, follow the instructions ahead.

Five winners will be contacted next week via Twitter DM.