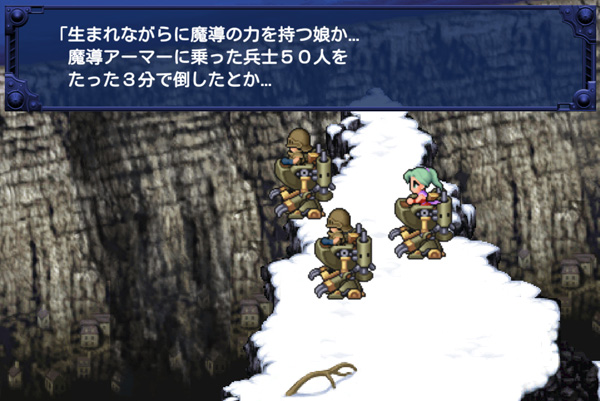 Back in October, Square Enix director Takashi Tokita announced that his team was working on a mobile version of its popular Final Fantasy VI title. The game, he said, will be landing on iOS and Android platforms “this winter.”

Unfortunately, that’s about all we know right now, and the winter timeframe means we may not see anything until mid-March. But we have seen a couple of screenshots from the game, and this week Square Enix posted a trailer…

Unfortunately, just like the screenshots, not much can be gleaned from the clip. It’s an odd trailer, with just a snipped of gameplay video showing in a tiny window for 20 seconds. But then again, Square Enix isn’t exactly conventional.

We do know that the game isn’t going to a straight port of the original though. Tokita has said that it’s going to be more “like a remake of the console version of Final Fantasy VI,” with some enhancements and re-polished 2D graphics.