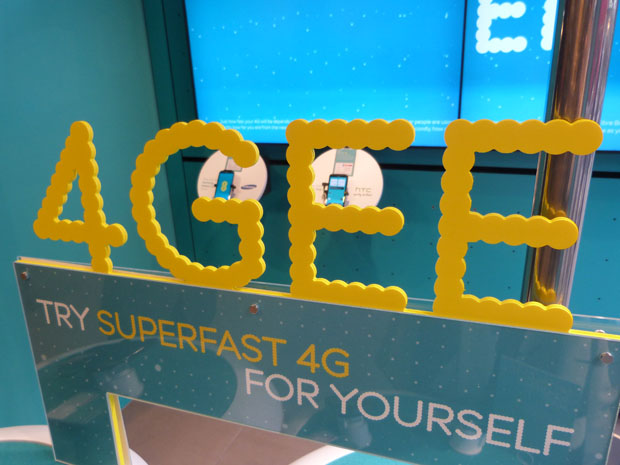 The deal makes EE UK’s first domestic wireless provider to offer inbound 4G LTE roaming for travellers on international networks visiting the UK. AT&T’s customers traveling abroad will be able to hop over to EE’s fast 4G LTE network some time in the first half of next year, EE said Tuesday…

EE says that additional LTE data roaming partnerships with other carriers will launch early next year.

The carrier’s 4G LTE network has the widest coverage in the United Kingdom. The carrier promised to blanket 160 towns and cities across the country by the end of the year, with average speeds of 24-30Mbps in major UK cities.

Rival O2 and Vodafone are rolling out their 4G LTE networks in the country as we speak, with Three gearing up to deploy its LTE service in Birmingham, London, Manchester and Reading.

EE and AT&T did not announce roaming prices at post time, but expect exorbitant deals as roaming between different networks has always been the best way to burn a hole in your pocket.

That’s why I buy my iPhones full-price and unlocked.

This gives me the freedom to simply pick up a prepaid SIM and buy data from a local carrier at local prices, rather than condone those overpriced roaming pricing schemes.

More on AT&T’s packages for world travelers is available here.