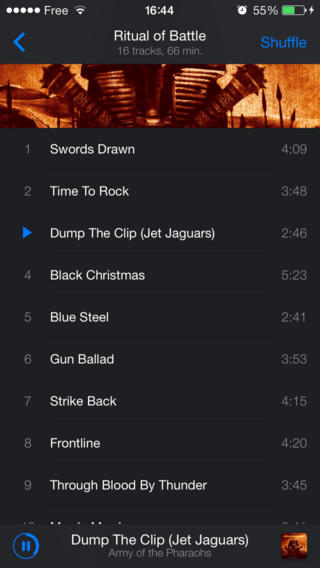 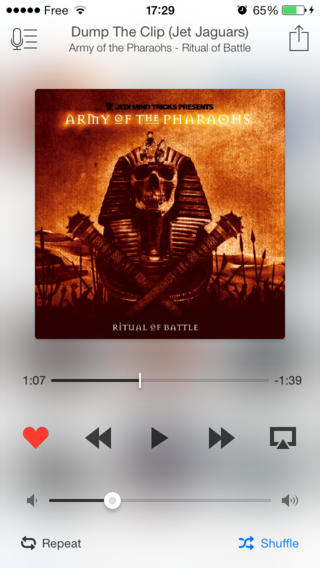 A couple other alternative music players have been released since, most recently the gesture-based Beat and the $1.99 Panamp (formerly Couch Music Player).

This past weekend, PixiApps have piqued my interest all over again with Ecoute 2.0 for iPhone and iPod touch, a major rethinking of the software with iOS 7-optimized appearance, song scrobbling via Last.fm and more…

Here’s a quick recap of why Ecout matters.

Ecout’s user interface automatically switches into night mode as the brightness of the screen decreases, as can be seen on the screenies top and bottom, but you can also force the night mode in settings.

It’s compatible with iTunes Match and AirPlay and is heavy on gestures, like the aforementioned Beats.

In addition to Last.fm scrobbling, you can shout out the currently playing song to Twitter or Facebook. Scrobbling occurs automatically and in the background, also sending now playing updates if needed. 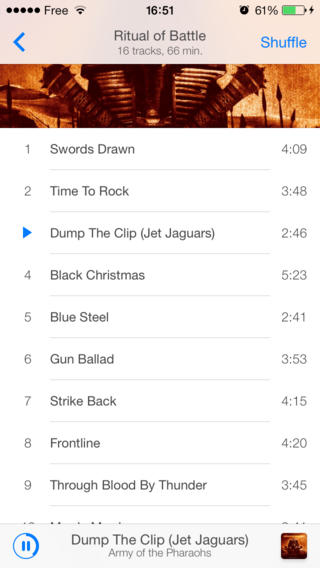 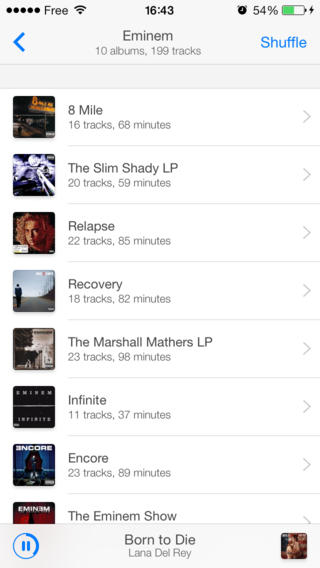 Folks still on iOS 6 will be delighted to know that Ecoute will scrobble your tracks as soon as the app becomes active. For those unfamiliar with Last.fm, it’s a great service that builds your music profile and lets you share your music tastes with your friends or the web at large.

Unlike Apple’s stock Music app, the well-designed Ecoute also supports features like Shuffle by Albums and Play Next.

The app can help you navigate your music by grouping your content based on Artists, Albums, Composers, Genres, Playlists, Compilations, Songs and Audiobooks.

The cover art view (below) is very nice and functional. 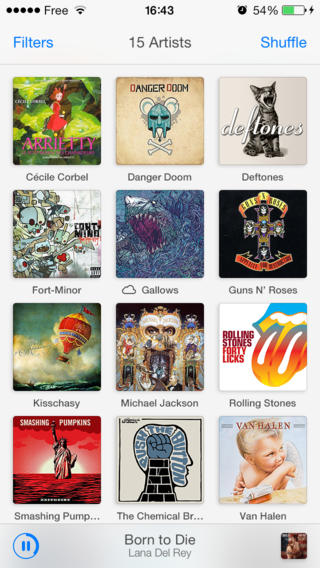 I’ve always loved Ecoute and this update has made me fall in love with it, all over again.

The app looks business and feels right at home in iOS 7. That it’s sleek, fast, grabs the lyrics from the web and scrobbles my songs to Last.fm all make for a nice topping on an already scrumptious cake.

If you’ll excuse me, I think I’m going to move the stock Music app into my ‘Apple’ folder and put Ecoute in the Dock.

The 3MB download supports any iPhone or iPod touch running iOS 6 or later.

Developers confirmed that Ecoute for iPad and Ecoute 3.0 for OS X are in the works.