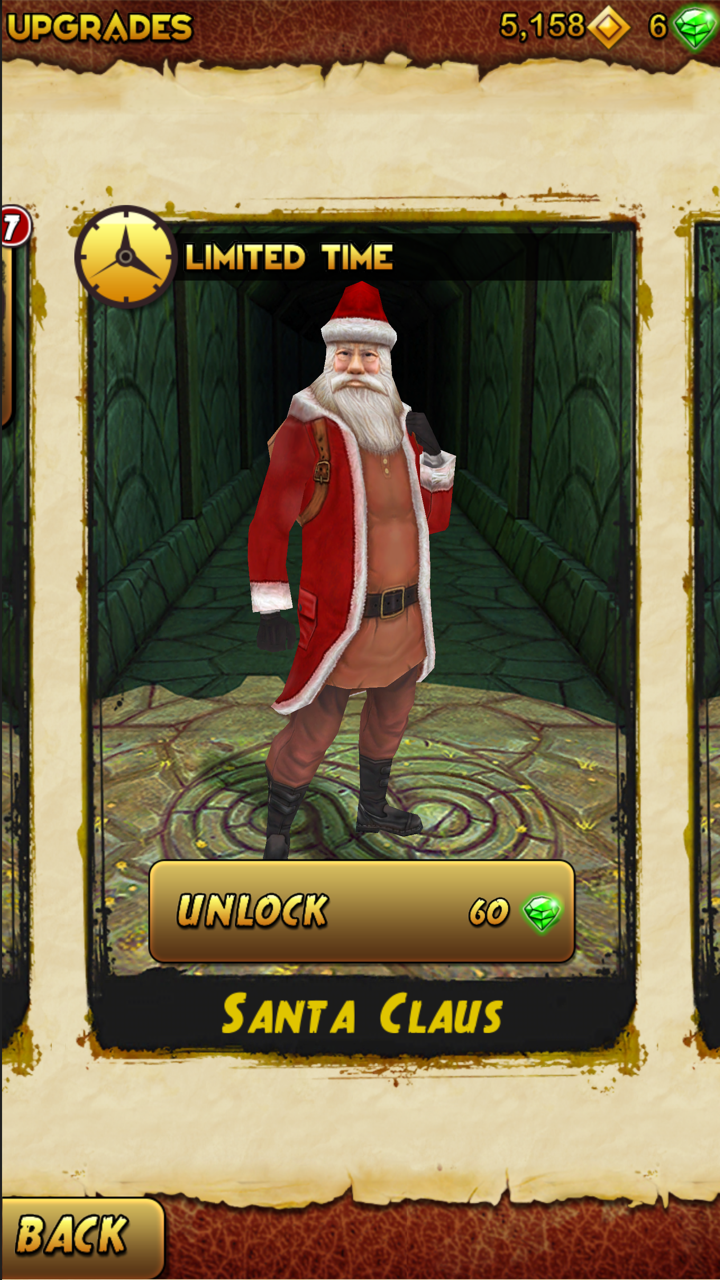 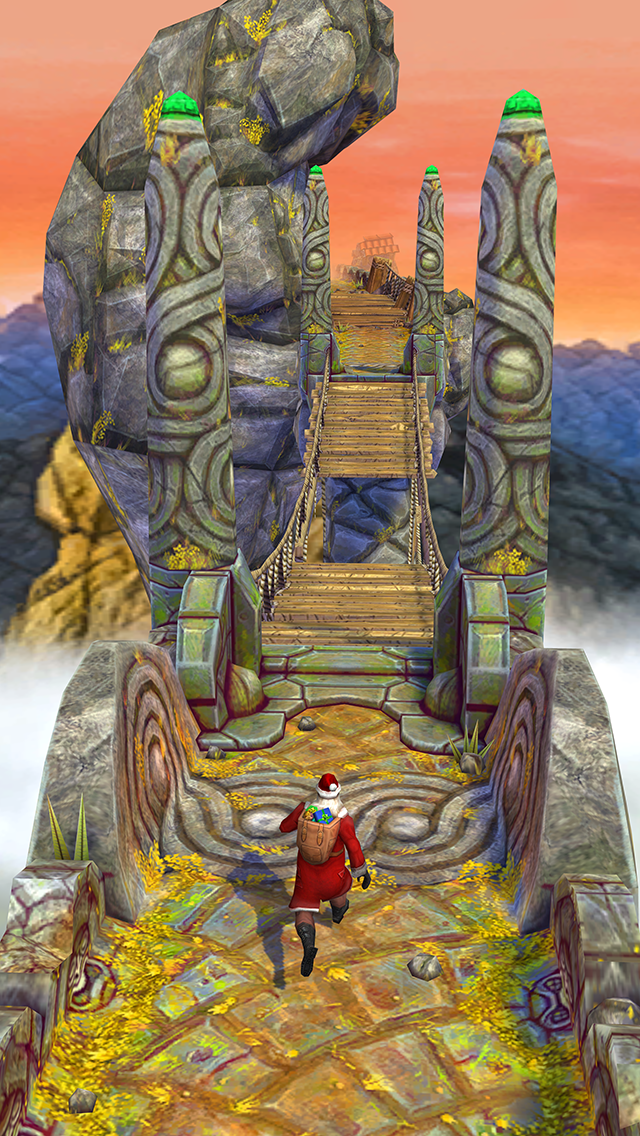 I’ve since stopped playing the game and only occasionally fire it up to challenge myself with beating my best scores.

If you’ve been yearning for a substantial Temple Run 2 content update as much as I have, today is the day as a new version of the game surfaced on the App Store featuring a playable Santa character, various holiday-themed artifacts, new collectible masks, a cool new water slide feature that lets you swim through raging rapids and lots more.

The full breakdown is right after the break…

The Santa character is available for a limited time and can be unlocked with 60 gems which you can either earn through gameplay or obtain via in-app purchase.

You’ll also love a bunch of collectable holiday-themed artifacts such as presents, candy canes, wreaths, holly and stockings that can earn you amusing Santa hats for each of your characters.

Like before, you’ll be using the familiar swiping gestures to make your character turn and duck. Mind you, Temple Run and Temple Run 2 have been downloaded over half a billion times across all platforms. 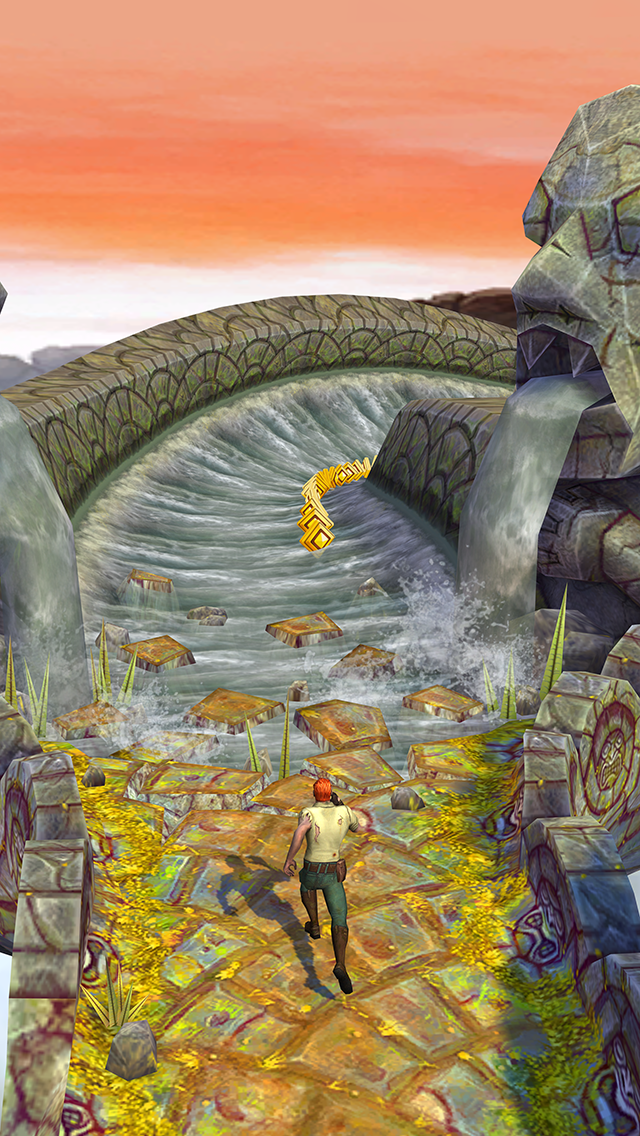 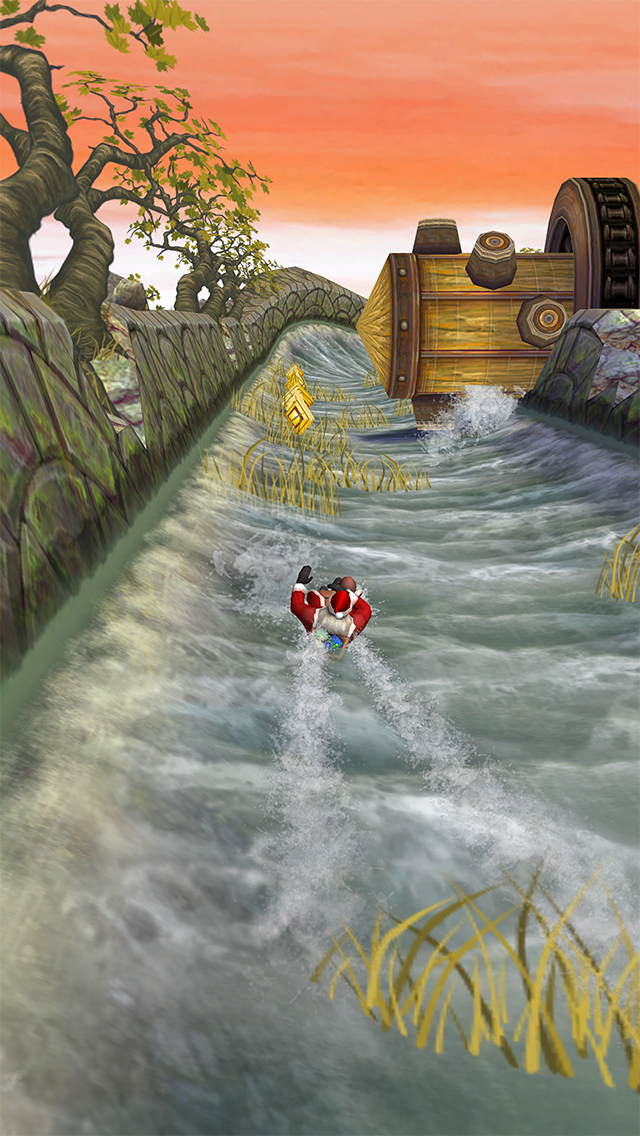 – Run as Santa for a limited time through the holiday season by using gems to unlock!
– Five holiday artifacts to unlock: holly, present, stocking, wreath, candy cane
– Santa Hats – Earn a Santa hat for each character when you collect each of the holiday-themed items
– Water slide play feature – Dive through treacherous waters
– Unique obstacles – fallen trees, large rocks and more
– Hunt down masks of varying rarities

Imangi has collaborated twice with Disney to launch Temple Run: Brave and Temple Run: Oz, with both games reaching the #1 slot on the App Store.

Since its original launch back in 2011, the Temple Run brand has expanded to include apparel with Komar Kids, digital comics with Ape Entertainment and card and board games with Spin Master, among other licensing partnerships. 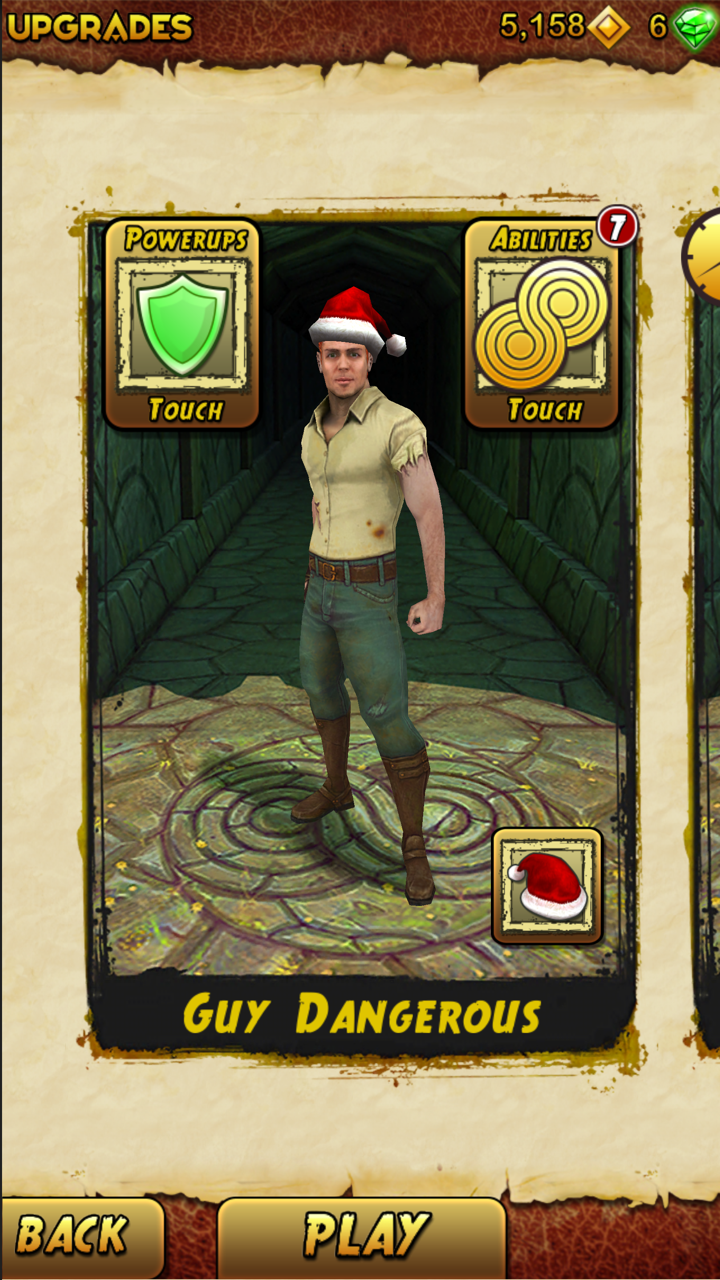 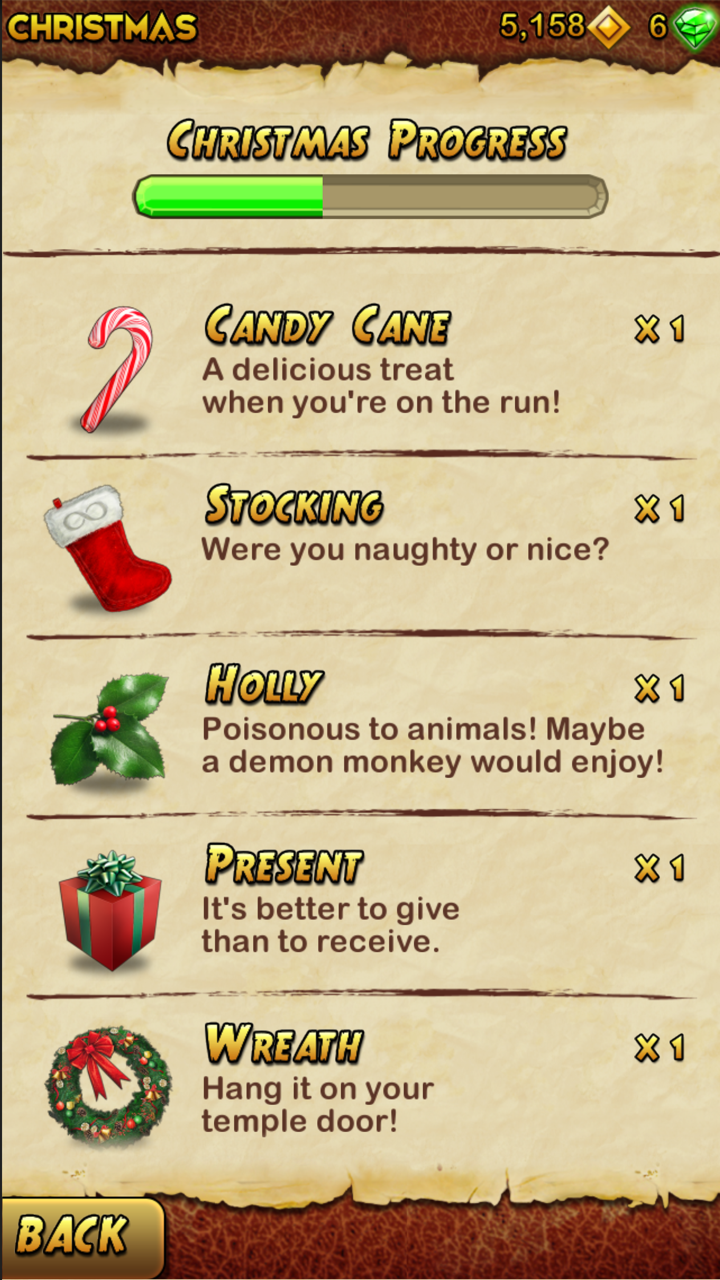 Temple Run 2 can be downloaded free from the App Store.