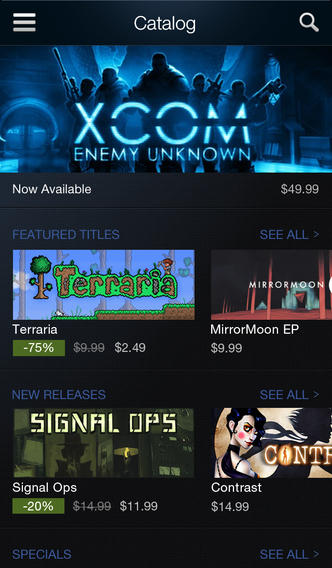 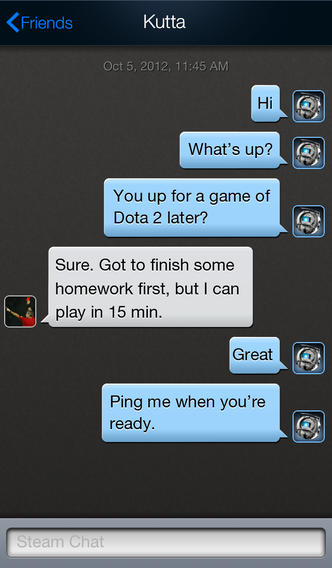 Valve has refreshed its Steam Mobile client for the iPhone and iPad with a new user interface design which fits the overall iOS 7 aesthetics much better compared to the previous version.

Additionally, this version of Steam Mobile has added a few new features and enhancements such as the offline chat mode, improved push notifications and icon badging, a brand new streamlined interface for responding to friend invites and a couple other tidbits.

The application allows Steam fans to stay in touch with the Steam community wherever they go. In addition to the Steam chat, the app relays the latest gaming news from the Steam network as well as notable game sales and includes the ability to browse community groups and user profiles…

As the screenies attest, the interface redesign feels half-baked.

Some of the UI choices don’t feel quite right and there are still a few items left that feel out of place in iOS 7. A good example are pre-iOS 7 glossy chat bubbles. If you were hoping for the iOS 7 dark keyboard, tough luck – the new Steam still contains the plain old iOS 6 keyboard. 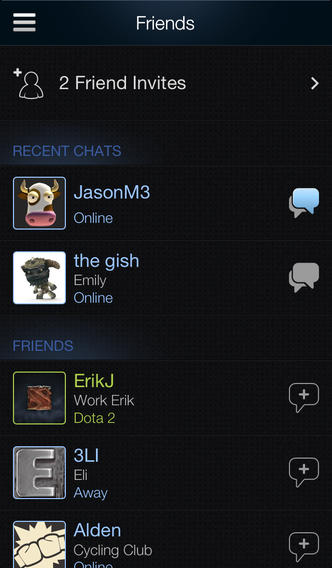 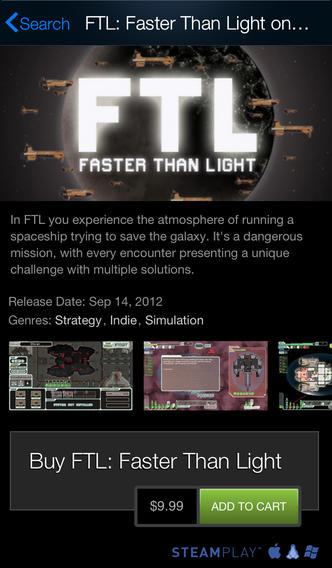