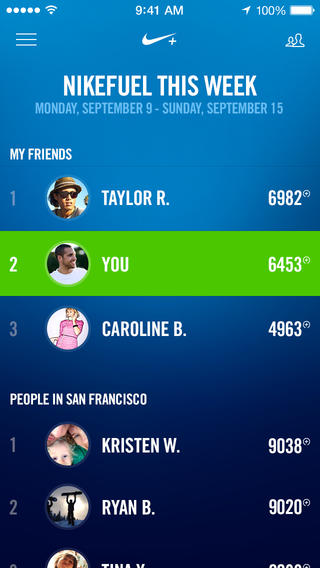 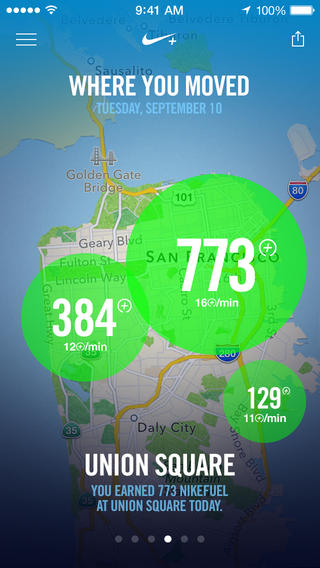 I frequently use Nike’s fitness app, Move for iPhone, which made its App Store debut in early-November. Apple highlighted Nike+ Move during the September double-iPhone event as a use case scenario on how health and fitness apps can benefit by taking advantage of the new M7 motion coprocessor found inside the iPhone 5s. Not only does Nike+ Move tracks your movement even when it’s inactive – with little to no impact on your battery life – it really gets you moving on a daily basis.

Beautiful and light iOS design, nicely animated interface, easy to grasp features and inviting concept together made me fall in love with the software from day one. A fresh update which just surfaced on the App Store is now introducing a more comprehensive Leaderboards and a more accurate Where You Moved screen…

Leaderboards
* You can now choose to join regional leaderboards individually per region.
* You can see inactive friends and encourage them to get moving.
* Better behavior when retrieving leaderboard scores.
* Updated icon for adding friends

If you haven’t tried out Nike+ Move yet, I highly recommend it.

Even if what you do all day is sit in front of your computer, don’t pass on this one.

And no, you don’t need to be an athlete or hit the nearest gym every single day in order to be a user. All you do is approve Nike+ Move to access your iOS Motion Activity and fire it up from time to time to see where you’ve been, how much NikeFuel points you’ve collected or just marvel at those beautifully animated charts.

There’s something inherently fun and addictive about watching your goal ring change from red to green, comparing your current activity to previous days or just winning those damn hours by moving more often throughout the day.

It’s the gamification of fitness like you haven’t seen before.

Nike+ Move is free in the App Store.