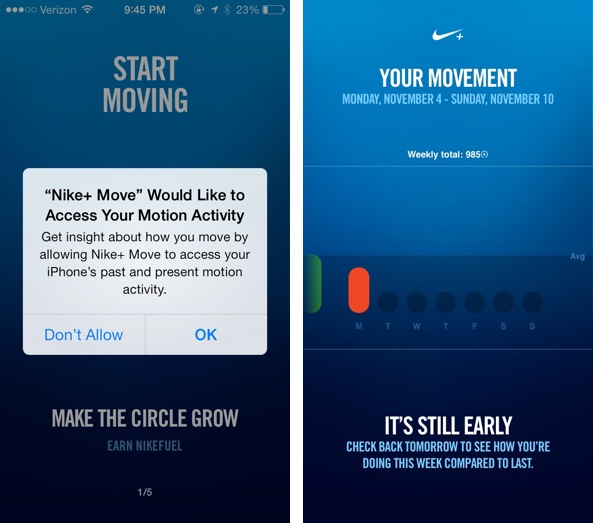 The flagship app for Apple’s new M7 coprocessor is finally available for download on the App Store. Nike+ Move, the app that Apple showcased alongside its unveiling of the iPhone 5s, went live a few hours ago.

A lot of people have been wondering what Nike stands to gain by continuing to align so closely with Apple — especially when they now sell what can arguably be seen as a competing product. After testing out the app, however, the answer to that question becomes readily apparent. 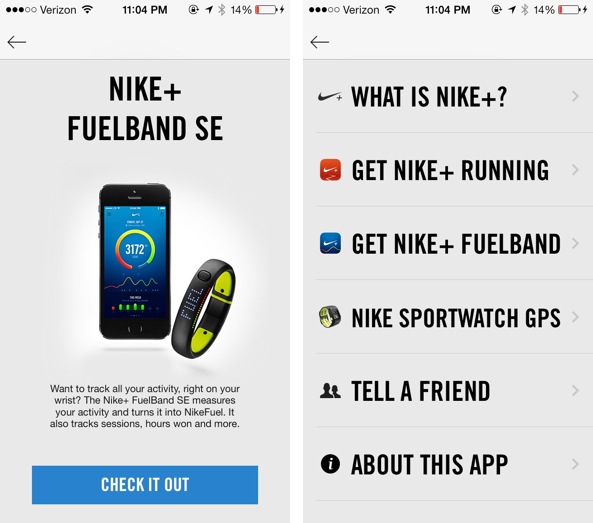 So what’s so special about Apple’s new M7, and why are so many developers interested in tapping into its logged data? Christian broke it down in an earlier M7 related post.

Because the M7 requires at least one-sixth of the power versus the 64-bit A7 chip, it can log data from the accelerometer, gyroscope and compass sensors independently of the A7 package, thus allowing for substantial power savings.

The app itself can do some basic things like track movement — where you moved and how you moved — while allowing you to share that data amongst friends. Despite its working with a flagship new hardware feature, Nike+ Move feels pretty pedestrian in practice. Yes, it’s cool that we can get all of this data using the low power consuming chip, but I can’t help but feel like we’ve run down this road before.

As mentioned, Nike+ Move was fashionably late to the M7 party. Others have long since jumped on the low power consuming bandwagon, with health and fitness tracking app Argus being the very first to do so.

Again, the Nike+ Move app is available right now for download on the App Store. Although the new iPad Air is the second device to feature the M7 coprocessor after the iPhone 5s, there probably won’t be as many supporting apps initially when you consider the iPad’s form factor. If you decide to take it for a spin, let us know how you think it fares when compared to other fitness tracking apps.