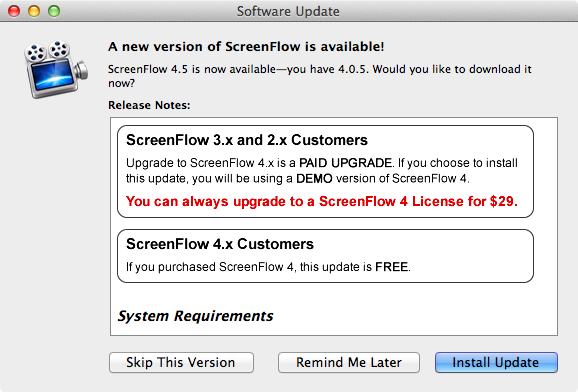 ScreenFlow is, in my opinion, the best screen recording software available for the Mac. It’s what I use each and every day to create a lot of the video content that you see on iDB. Its developer, Telestream Inc., has made the app available on both the Mac App Store and via direct download from its website.

It’s also a great time to buy the direct download version, because Telestream is having a 30% off sale. This means you can snag ScreenFlow 4.5 for under $70 bucks. That’s a steal for this type of powerful software, as it’s usually $100 bucks.

Version 4.5 of ScreenFlow is a huge update, which brings numerous new features, improvements and bug fixes to the table. Have a look inside to see what all has changed. 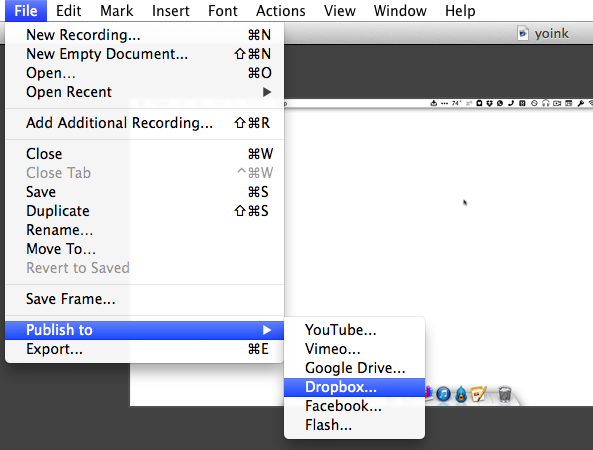 The 4.5 update includes support for publishing direct to Google Drive and Dropbox, asynchronous uploads in the background, and a new purchasable transitions pack. The update is free for existing users of ScreenFlow 4.x. Users of the older versions will have to pay $29 for the upgrade.

You can now purchase new wipe transitions for $19.99

If you do absolutely anything needing video capture on the Mac, then there is no better app to do so with than ScreenFlow. This is hands-down the most robust and feature filled screen capture app that money can buy, and as you can see from this update, it just keeps getting better.