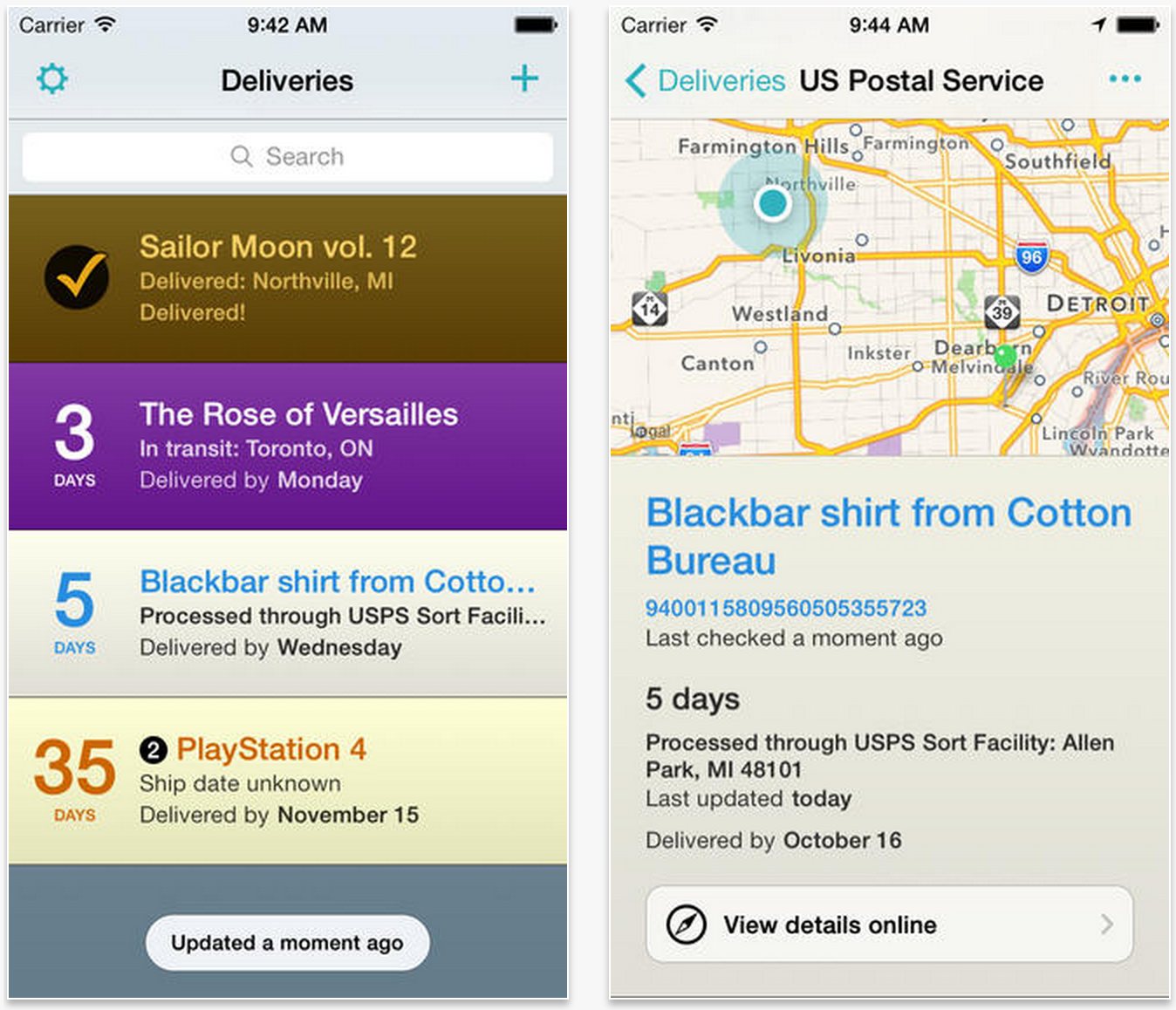 We’re big fans of Junecloud’s package-tracking app Delivery Status touch. It’s what most of us here at iDB use to track our new iPhones, iPads and other gear when we order online, and it even made our list of Best iPhone apps.

And today, Delivery Status touch received a significant update, bringing the app to version 5.0.1. The update includes a number of improvements, such as support for iCloud Keychain, French shipping outfit Chronopost and more…

• iCloud Keychain is now used for your Junecloud sync account if you have it enabled.
• Added support for Chronopost.
• On iOS 7, you can now press and hold the barcode scanner button to choose the old ZBar scanner. The ZBar scanner works better for certain barcodes, like DHL Germany and Hermes. Once you’ve switched to the ZBar scanner it will be used automatically in the future. Just press and hold the button again if you want to switch back.
• VoiceOver improvements.
• Calendar events are no longer marked as “busy”.
• Deliveries will now sync and update occasionally if the app is left open.
• A sound will now play if the status updates while the application is open, but not active.
• Fixed a bug that could cause background updates to fail if syncing took too long, especially with iCloud.
• Fixed a bug that could cause repeated notifications to appear.
• Fixed a bug with background updates that would cause some deliveries to update more than necessary.
• Fixed a bug where saved passwords were not always filled in automatically.
• Fixed a bug where the app would crash if the calendar used for delivery dates was removed.
• Fixed a bug where the app could get stuck in a loop when attempting to sync while your device was locked.
• Fixed a bug on where a pin at the top of the map might get cut off.
• Fixed a bug where action sheets (pop up lists of options) did not display correctly on iPad.
• Fixed some blurriness on non-Retina displays.
• Fixed some minor display problems with certain “Other” deliveries.
• The “Cancel” button on the Sync screen is now just a back button when it’s more appropriate.
• Updated app icon in sharing emails. 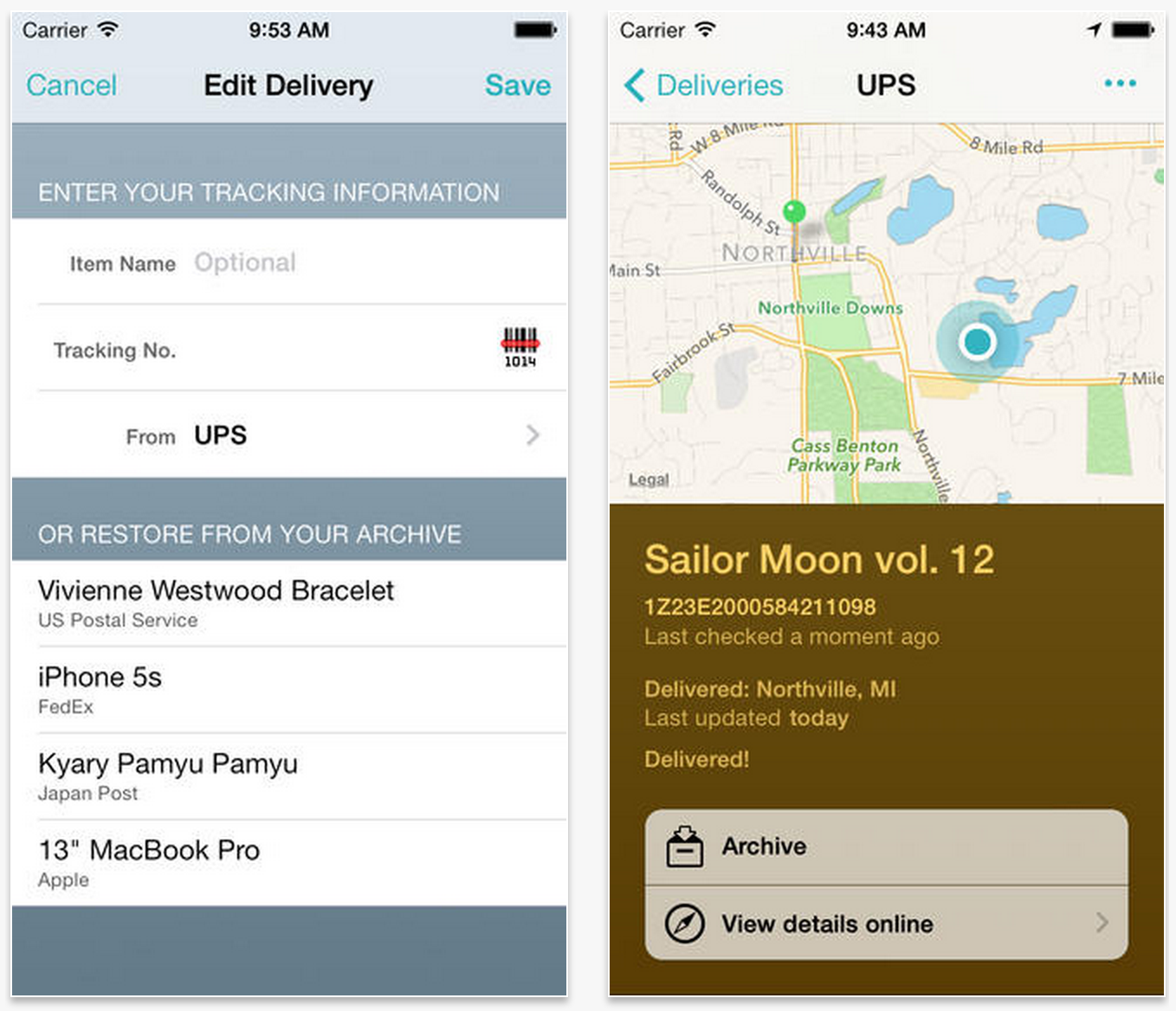 Why do we love Delivery Status touch so much? Well in addition to its beautiful UI, the app is extremely easy to use. Just copy/paste or enter in your item’s tracking number, and let the app do the rest. It supports a wide range of carriers.

So for all of you folks who receive frequent packages in the mail, or even for those who get them just once in a while, we highly recommend you check it out. You can find Delivery Status touch in the App Store, for the iPhone/iPad, for $5.