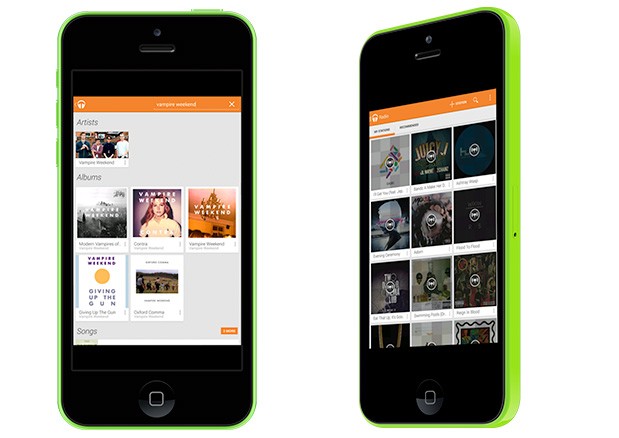 Google Music launched back in November 2011 with a music store, Google+ integration, artist hubs, carrier billing and initial support from Universal Music Group, EMI and Sony Music Entertainment, along with other smaller labels. Fast-forward two years and we still don’t have a native iOS app.

Google in its typical fashion has tried to appease its disgruntled Apple audience with a Google Music iOS web app.

The search Goliath later promised to bring a native app and a report recently claimed it would launch later this month. Today, a prominent leaker has corroborated that the native Google Music iOS app is indeed due by the end of the month…

According to @evlekas, Google Music for iOS launch is “imminent”.

Engadget’s Matt Brian wrote in early-October that Google’s native Music app for the iPhone and iPad has been in the works for quite some time.

“We’re told that while employees have been invited to test the app, Google still needs to fix a few bugs before it’s ready for release,” Matt wrote.

Google’s new Android head said during a May interview at the D11 conference that Google Music would be making its way to iOS “in the next few weeks”.

A native app would go a long way toward persuading iDevice users to actually use Google’s music service.

Google Music doesn’t have as vast a catalog as iTunes, but it makes up for that with cheaper tracks and ubiquitousness – the music service is accessible through Android devices and via computing platform with a web browser. It also has a scan-and-match feature akin to iTunes Match and is available in many European markets.

In the meantime, you can use alternative Google Music clients such as gMusic, a 99-cent download from the App Store.

The app made TIME’s 50 Best iPhone Apps list last year and has been updated recently with support for Google’s All Access paid streaming music service, which runs $9.99 per month and offers offline listening.

Would you consider a native Google Music app if/when it becomes available?