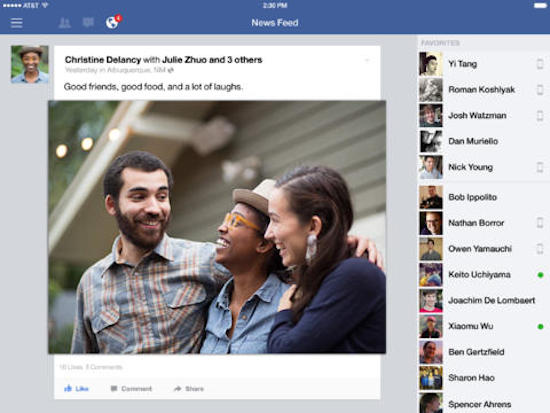 Last month, Facebook rolled out an update for its iOS app that allowed users to edit posts and comments and preview all of their changes. But up until now, these features have been exclusive to the iPhone.

That changed, however, late last night, when a new version of the Facebook client popped up in the App Store. The update, which brings the app to version 6.7, brings the ability to edit posts to iPad users…

– Now in additional languages: Use icons to share how you’re feeling and what you’re doing
– Now on iPad: Edit your posts and tap to see all your changes
– Bug fixes

It’s worth noting that when you edit a post, Facebook will automatically denote it with an ‘Edit’ tag. The feature works as advertised though, allowing users to do things like correct mistakes or add additional details.

In early October, a report surfaced claiming that Facebook was testing a new version of its iOS app with integrated Graph Search support, and a revamped Messaging app. But neither release has materialized yet.