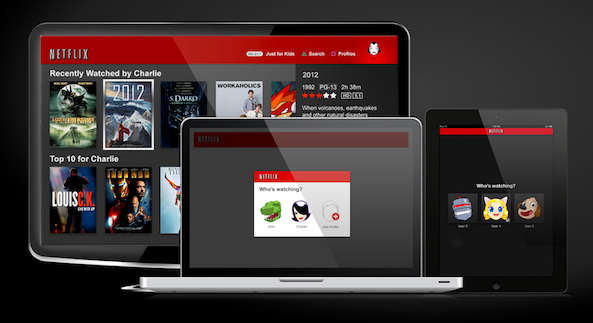 During a recent quarterly earnings call, Netflix’s Reed Hastings spoke about his ambitious plans for the company’s future. The CEO hopes the streaming service will be “one of the big suppliers” of 4K (or Ultra HD) video by next year.

And this weekend it began testing the waters. GigaOM noticed that Netflix recently added a handful of 4K HD videos to its catalog. It’s mostly test footage—people riding bicycles, etc.—but it gives you a good idea of what to expect…

“It looks like Netflix added a total of seven videos to its catalog earlier this week. One is titled El Fuente: 24 MP, and its description promises “an example of 4K at 24 frames per second.” The footage itself includes people riding on bycicles, scenes of a wholesale produce market and kids playing in a fountain — test footage to examine the quality of 4K streaming under different conditions.”

The good news is, Netflix has ton of original content—House of Cards, Orange Is the New Black, etc.—so it has plenty of material to convert to 4K before it has to worry about bugging the major studios it licenses content from to do so.

Apple has long been rumored to be working on a 4K television set, with the most recent reports claiming that 2 models are landing in 2014. As of right now though, most 4K sets are very expensive, and there isn’t much content available.

Both both Netflix and Apple have the power to change these things. And between Reed’s comments and the fact that it’s been nearly two years since Apple updated its TV offering, it could very well happen next year.