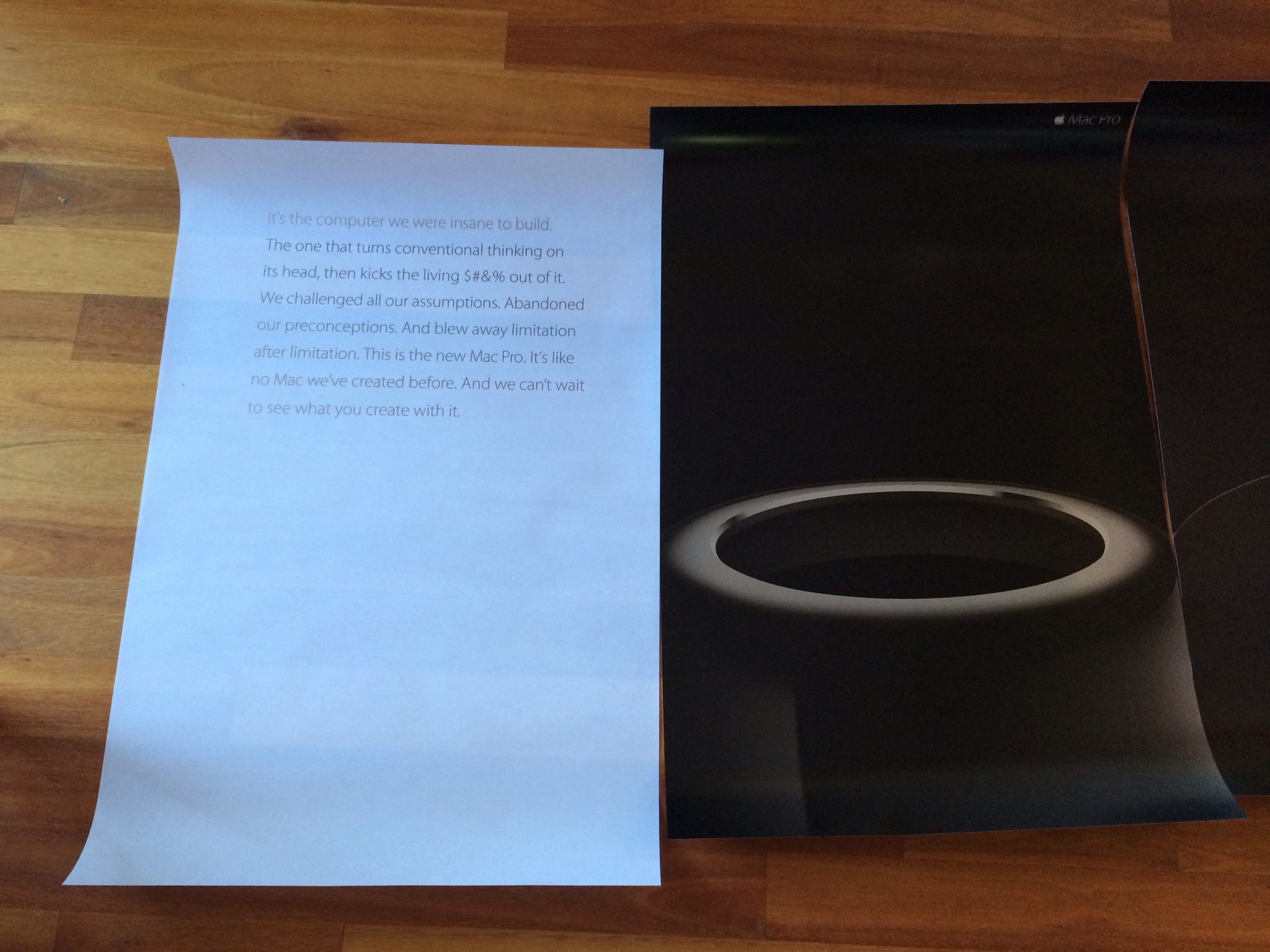 Apple really means business with its next-generation Mac Pro desktop. The hype machine went into overdrive during last week’s keynote as Tim Cook & Co. resorted to all sorts of superlatives in pitching the computer’s advanced architecture.

We were already shown how the Mac Pro is made and drooled over Jony Ive’s one-off Product(RED) Mac Pro variant designed for charity.

And now, Apple’s attention turns to the people that keep feeding the beast: journalists. A few select writers have confirmed receiving Apple’s cool posters which promote the machine. In Apple’s own words, the ultimate desktop is “the computer we were insane to build”…

It’s the computer we were insane to build. The one that turns conventional thinking on its head, then kicks the living $#&% out of it. We challenged all our assumptions. Abandoned our preconceptions.

And blew away limitation after limitation. This is the new Mac Pro. It’s like no Mac we’ve created before. And we can’t wait to see what you create with it.

To me, the most surprising bit is that Apple’s marketing actually resorted to the ‘kicks the living $#&% out of it’ kind of language. I think it was a little jarring to see, to put it mildly. I guess only the sky is the limit following Phil Schiller’s ‘can’t innovate anymore, my ass!’ public comment.

Check out a few additional shots below. 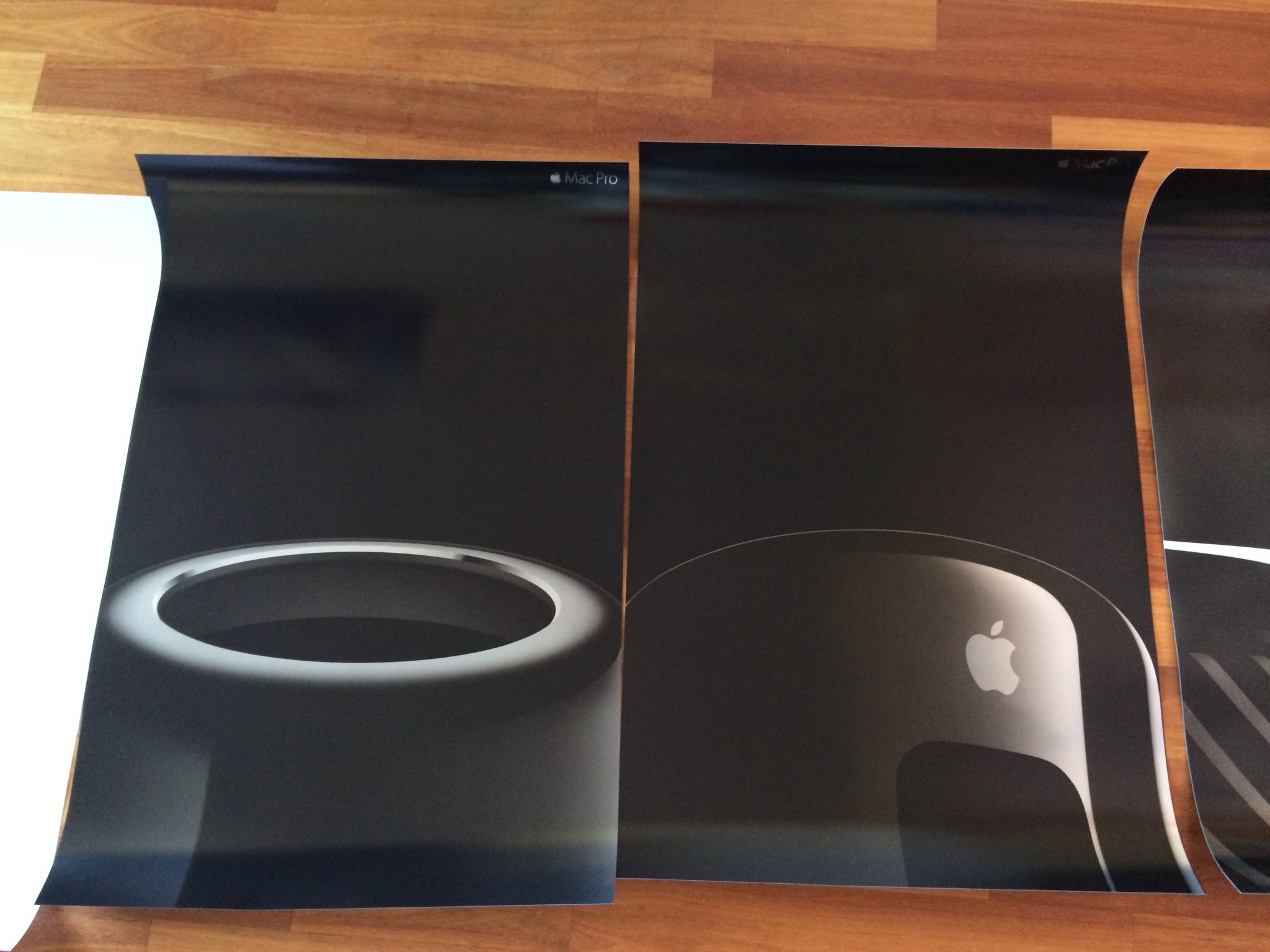 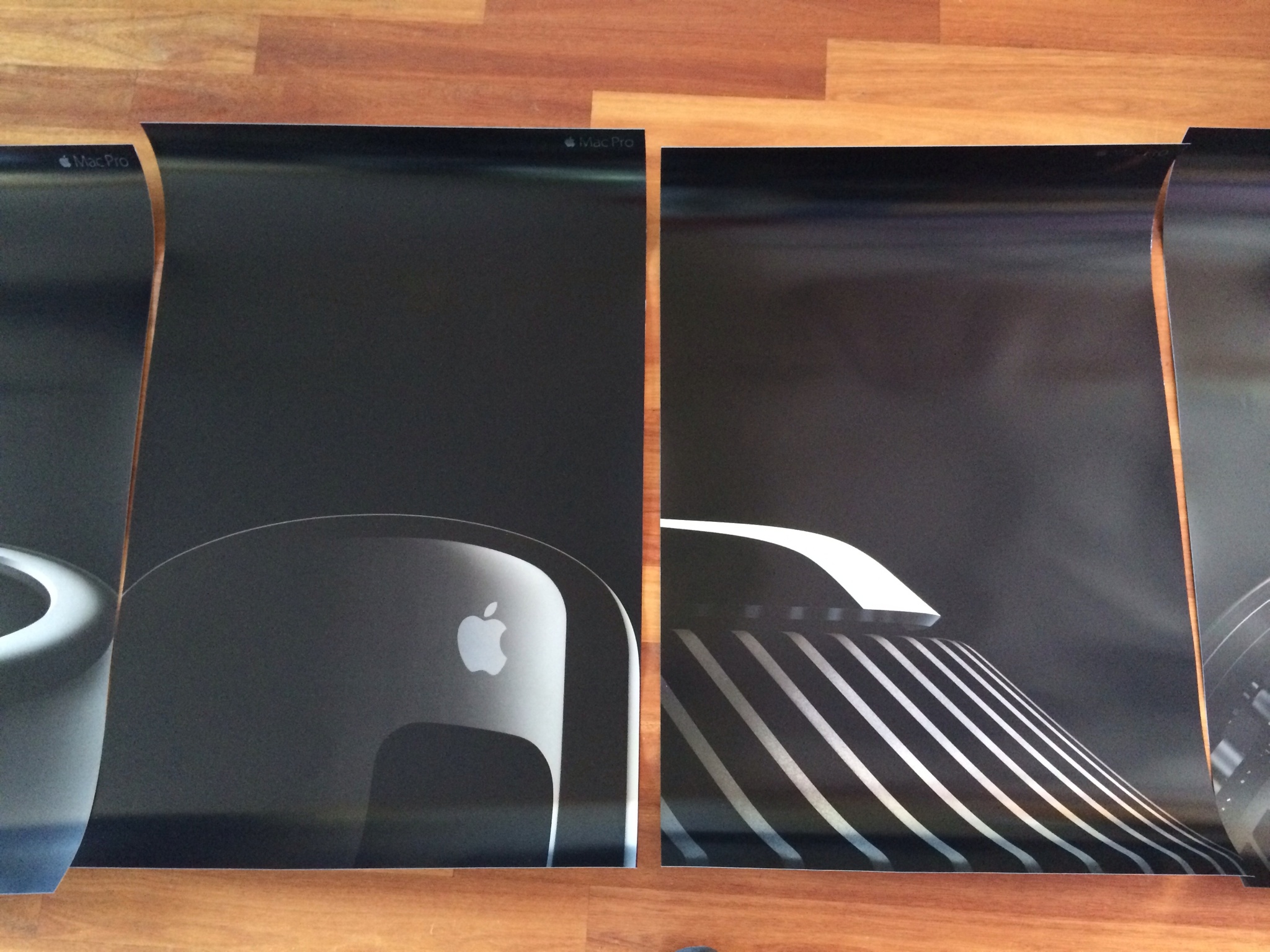 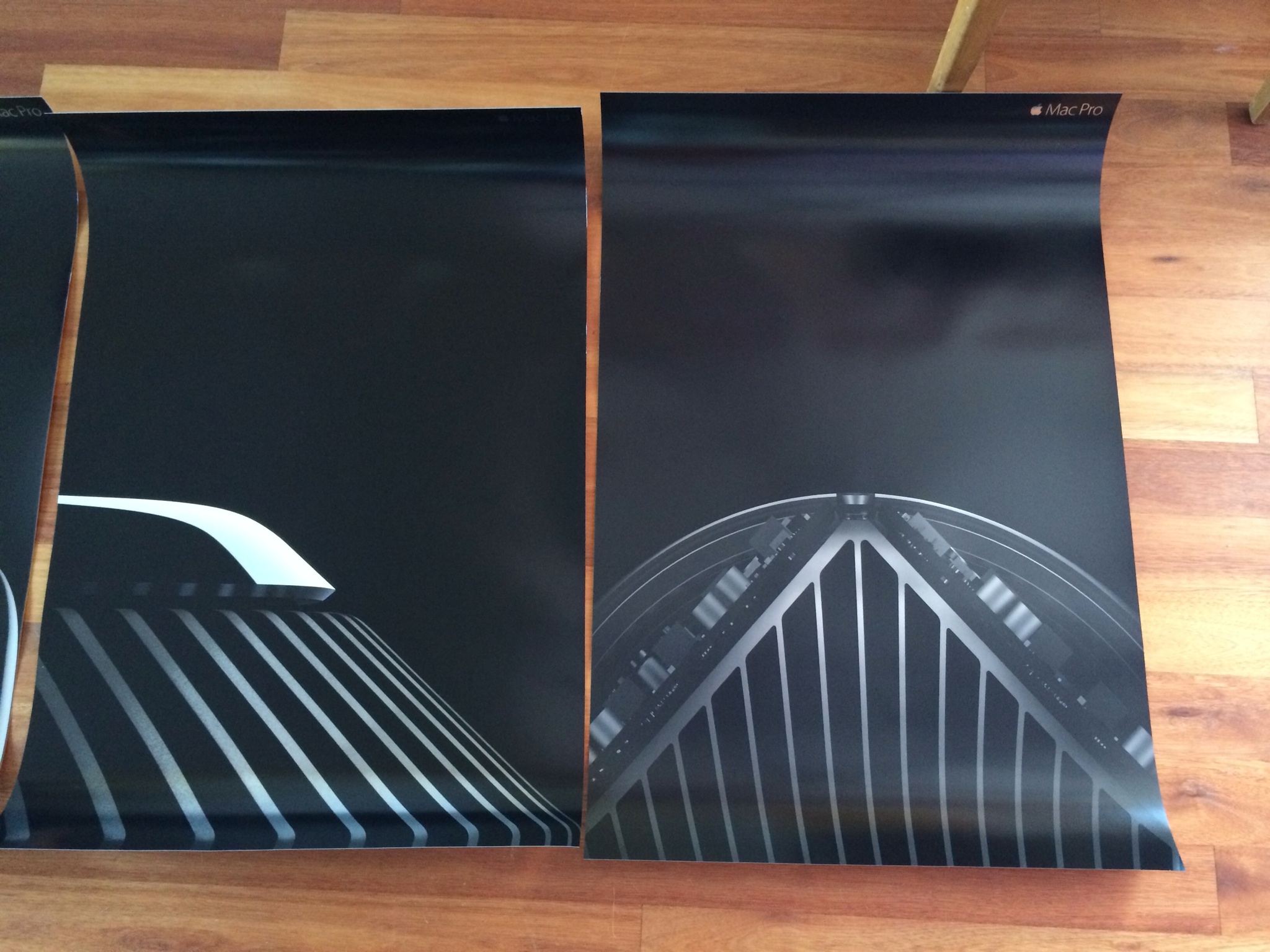 More are available on Flick, courtesy of TidBITS’ Jeff Carlson.

Apple is known for treating the media to these celebratory posters on rare circumstances, whenever a  major achievement needs highlighting. Back in July, for instance, the firm created a nice poster to celebrate Five Years of the App Store.

And last year, cherry-picked journos received a poster celebrating a decade of iTunes, along with a little treat:  an iTunes Gift Card redeemable for 100 songs hand-picked by Apple’s editors.

The system is being assembled in the United States.