Although Apple’s manufacturing partner Foxconn assembles some of Apple’s products in Brazil where it operates a few manufacturing facilities, the iPhone maker lacks its own retail presence in the 200 million people market and instead relies on a network of authorized retailers and carriers to push its products.

This is set to change in just a few short months. If a new report is to be trusted, Apple is getting ready to open its first retail store in the country in February or March of next year…

Mark Gurman of 9to5Mac learned from a source that Apple is targeting a store opening between February and March 2014, but cautions that “delays due to construction and staffing are always possible”.

The store will be located inside Rio de Janeiro’s Village Mall, seen above.

The reported date for the opening does not match up with an August report from the Brazilian technology magazine Info Exame (via ifoAppleStore) which claimed Apple would open its first Brazllian store this December.

In an email to a few Brazilian outlets last November, Apple officially confirmed plans to open its first retail outlet in the country, writing:

We look forward to the opening of the first Apple Store in Brazil, where we have long standing customers and hope to win many more each day. We can not wait to offer the unique Apple retail people of Rio de Janeiro and customers from across the region.

Company exec previously said Apple plans to open about 35 new stores this year, with 75 percent of those being outside of the United States.

Apple’s products are pretty much out of reach of average buyers in Brazil due to high import taxes and local regulations. Also, the company has found itself in hot waters with local companies over trademark rights. 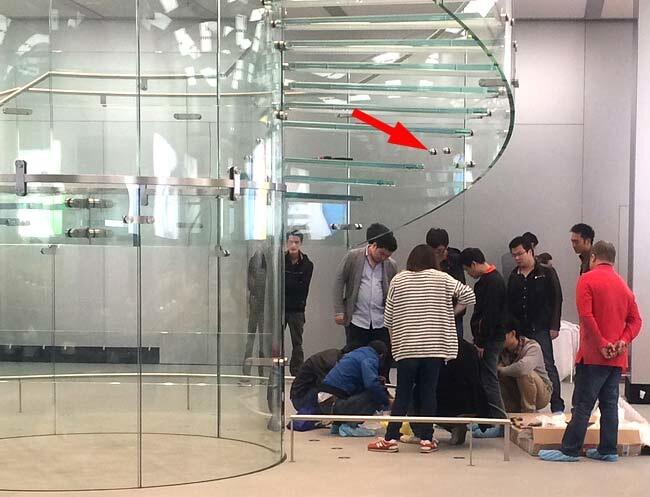 This past Saturday, Apple has also opened a new Shanghai iapm store in China.

It looks quite nice and has the trademark glass staircase that fell out of its mounting before grand opening (see above). The incident prompted a swift intervention (via ifoAppleStore) by Apple’ German glass supplier Seele GbbH which worked with local craftsman to retrieve spare glass treads that all Apple Stores keep in handy.

Last month, Apple finally emerged victorious in its legal fight for the right to use the iPhone trademark in Brazil. And earlier this month, Brazil’s National Telecommunications Agency granted Apple the right to use the 4G-ready 2600 Mhz band concerning the iPhone 5s/5c though the firm has not yet said when the new handsets will be made available to Brazilian fans.