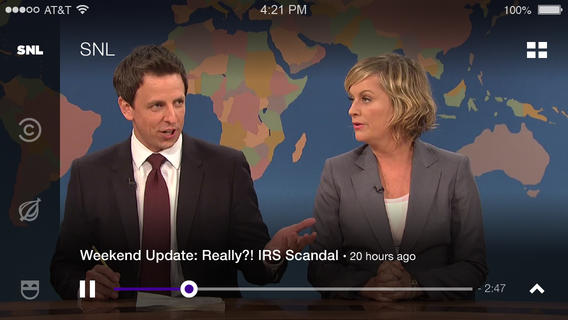 That’s a tall order, I know, but keep in mind that the Internet giant hosts tons of original and licensed news, sports, food and entertainment video content from the likes of MLB, UFC, The Onion, Martha Stewart and others.

That’s quite a bummer for yours truly as those juicy vids beg to be watched on my big screen TV. Luckily for me (and everyone else), Yahoo heard my pain and issued an update so I can now finally beam a clip to a TV through my $99 Apple TV box while using the app to browse Yahoo’s Screen library. Cool!

“Send a video to your TV while still browsing others in the app,” reads the changelog.

Disregarding the obligatory bug fixes and performance improvements, Yahoo Screen 1.0.2 has also gained push notifications for live and featured videos, such as breaking news and concerts. 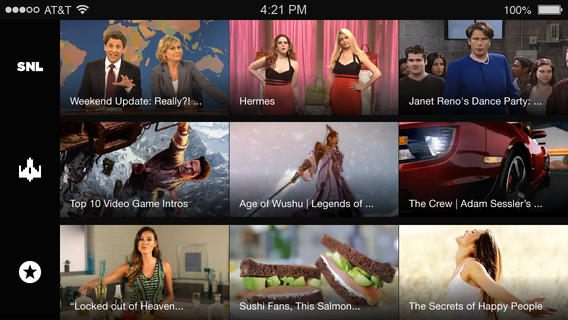 Download the new Yahoo Screen free from the App Store.

If you haven’t checked out Yahoo Screen, I recommend giving it a whirl.

Moreover, a deal with Viacom has brought clips from some of Comedy Central’s best shows, including The Daily Show with Jon Stewart and The Colbert Report. 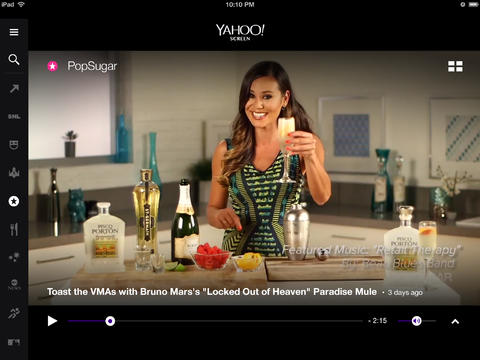 As a bonus, today’s blog post mentions Yahoo Screen will host an exclusive sneak preview of Sir Paul McCartney’s new album before it reaches shore shelves. Just tune in to Yahoo Screen via mobile or on the web tonight starting at 6pm PT / 9pm ET and enjoy the show.

In a related AirPlay-focused update, Amazon’s Instant Video iOS software (a free download) has been enhanced with AirPlay multitasking as well. Previously, AirPlaying a TV show or movie meant you were unable to do anything with the device while the video was running.

This is pretty useful if you want to, say, browse the web or read the messages on your iPhone while the Amazon clip is streaming to your TV.

Interestingly, Google’s YouTube app for the iPhone and iPad as of recently lets you flick the video in order to minimize it to a small box in the lower right corner of the screen while continuing to browse other clips simultaneously.

Now that Google’s rival has implemented the feature, I can only hope the search titan will take notice and add such a nice-to-have to its YouTube iOS client.