Redesigned icons for Apple’s iPhoto and Garageband iOS apps popped up last night, suggesting that both are on the verge of receiving iOS 7-style makeovers. The icons are flatter, bringing them more in line with the update.

While Apple updated the look of its stock apps in iOS 7, most of its App Store applications have remained untouched. iBooks, iMovie, the two aforementioned apps, and several others are all still awaiting their UI overhauls…

The icons, first spotted by 9to5Mac, can be found in the iCloud Storage management section of Settings. To see them, open Settings > General > Usage > iCloud > Manage Storage. Obviously, you’ll need data from one of the apps. 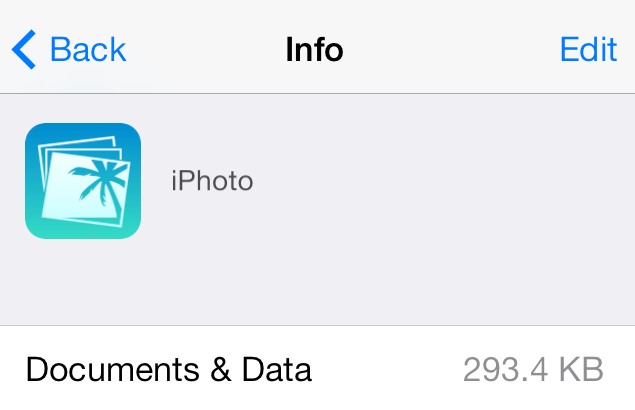 It’s possible that the icons appeared prematurely, as Apple could be planning to debut new versions of its iLife and iWork apps at its iPad event next week. After all, the company is always pushing productivity apps for its tablet.

Alongside new iPads, Apple is expected to launch this year’s update for its desktop operating system OS X Mavericks. And it’s also possible that we could see new Macs as well. The event starts at 10am PST next Tuesday (the 22nd).

iPhoto is $4.99 in the App Store, and of course free to new iOS device owners. GarageBand is $4.99 for everyone, and can be downloaded here.