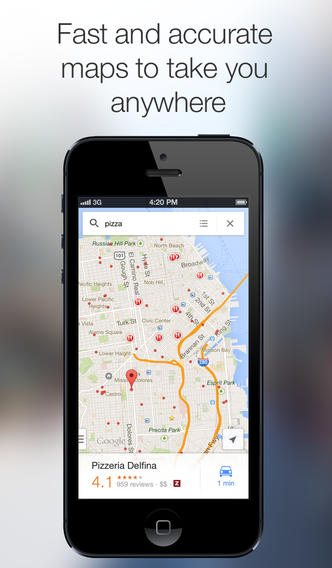 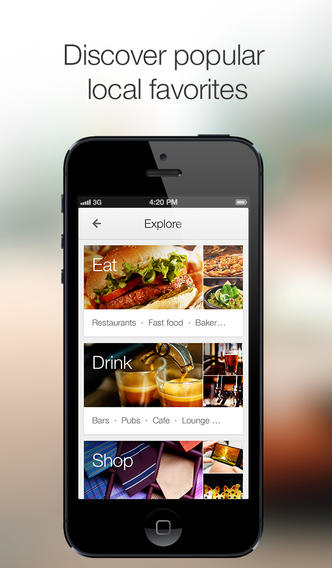 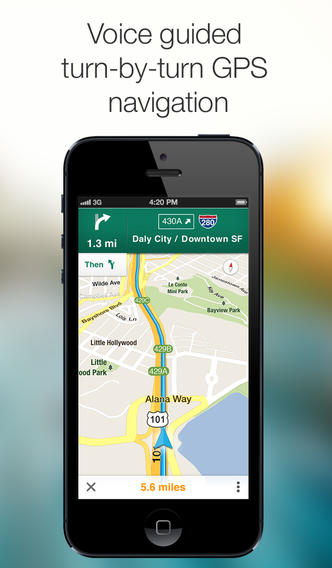 After adding Waze incident reports to the mobile Google Maps app on the iPhone and iPad, the search Goliath today issued a minor update adding a few new features which expand on the application’s capabilities. In addition to some housekeeping and a pair of new Middle East languages, Google Maps has brought out improvements to navigation that will help plan your next trip or make real-time decisions based on traffic conditions, especially when you’re driving…

In addition to bug fixes, Google Maps version 2.3.4 lets you access navigation faster. Now, I don’t use navigation much on my mobile devices, but when I do I expect to be able to plot a route from A to B without much hassle so this is clearly a nice improvement.

Better yet, Google Maps navigation on your iOS devices now comes with route and traffic overview, which lets you make last-minute decisions based on traffic conditions and other aspects of your route.

Previously, you’d only be able to see your route and all of the stops, but not much else.

In case you’ve forgotten how to access a specific feature, the new Tips and Tricks section available in the side menu should come in handy, especially if you’re a non-power user. I’ve seen tips sections in Google’s other iOS apps before and am glad it’s becoming a thing.

Last but not least, Google Maps supports Arabic and Hebrew, including voice guidance in navigation.

● Faster access to navigation, complete with route and traffic overview
● Tips and Tricks available in the side menu
● Arabic and Hebrew now supported, including voice guidance in navigation, where available
● Bug fixes

Note that enhanced navigation capabilities and the Tips and Tricks section were first added to Google Maps on Android back in September.

On the desktop front, Google last week rolled out a series of improvements to Google Maps on the web, such as directions for multiple destinations, the ability to quickly see your flight, hotel and restaurant reservations, a new Upcoming Events card that list events happening near you and other treats.