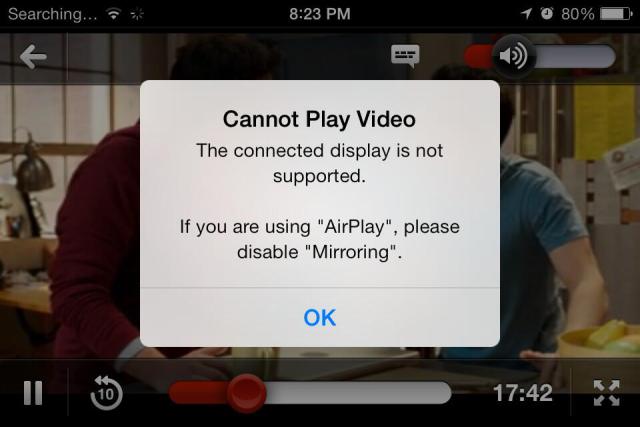 Unfortunately, the updated application has also introduced a nasty bug preventing the app to connect to the big screen via Apple’s HDMI AV adapter.

Disgruntled users took to Twitter and some even accused Apple and Netflix of joining forces to intentionally cripple the feature, presumably in order to push folks into buying an Apple TV to take advantage of AirPlay. This is unfounded talk as Netflix on Monday promised a fix for the issue it claims is affecting a “small percentage” of customers…

TechCrunch editor Matthew Panzarino reached out to Netflix which acknowledged the unfortunate bug. For some users, the updated iPhone and iPad application puts up a warning saying that “the connected display is not supported,” asking users to disable AirPlay Mirroring. 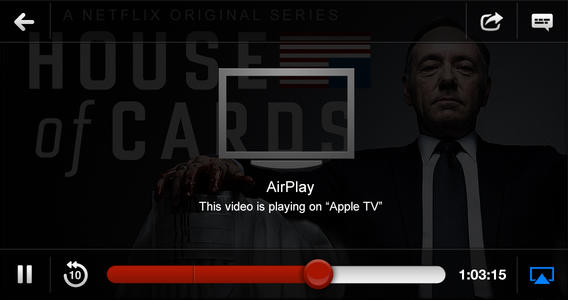 A thread of Apple’s support forums offers an intermediate solution to the problem: just disable AirPlay completely in order to force video to output to the HDMI adapter.

This way, you’ll be able to watch the videos until the fix arrives.

Users who don’t run the latest Apple TV firmware are greeted with the message saying “You’ll need to update your Apple TV before you can watch this show using AirPlay”. 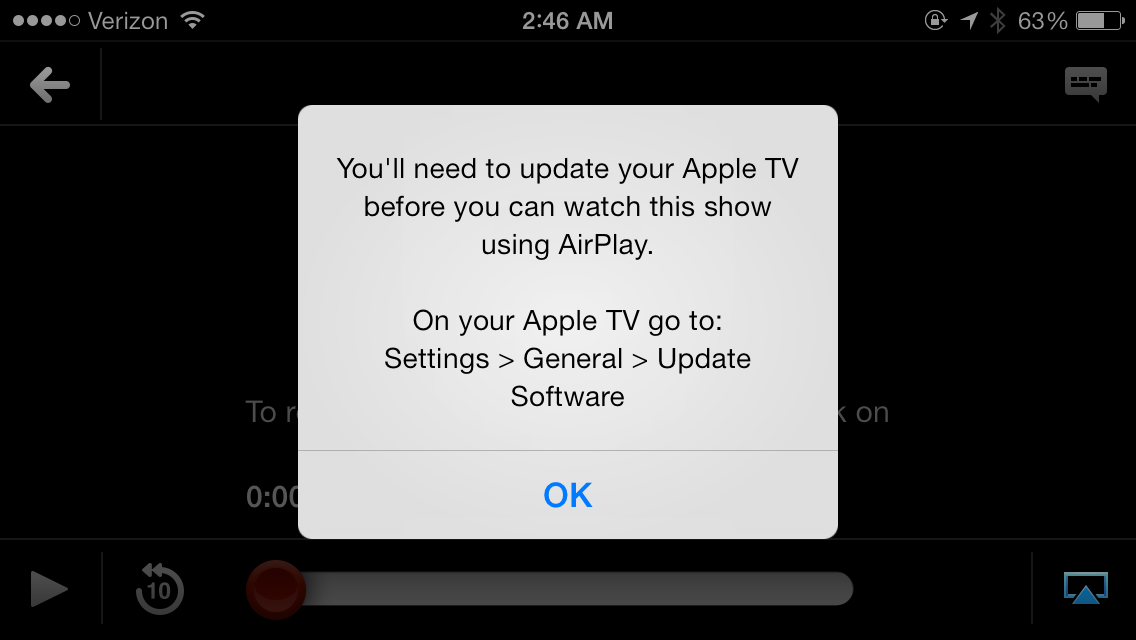 Of course, people who jailbreak their Apple TV are advised to pass on the recently-released Apple TV 6.0 software update until someone cracks the firmware.

Those who run the stock firmware should also note they can now take advantage of the new full HD 1080p Super HD Netflix streaming right on their device, without having to stream high-def shows from their iPhone, iPod touch or iPad via AirPlay.

Not all shows are available in Super HD yet, but those that do feature an “HD” symbol just below the title.

You can download the universal Netflix iOS app free from the App Store.

You’ll of course need to have a paid $7.99 a month individual account or an $11.99 family tier in order to stream content.

How has your experience been thus far with Netflix streaming and AirPlay?