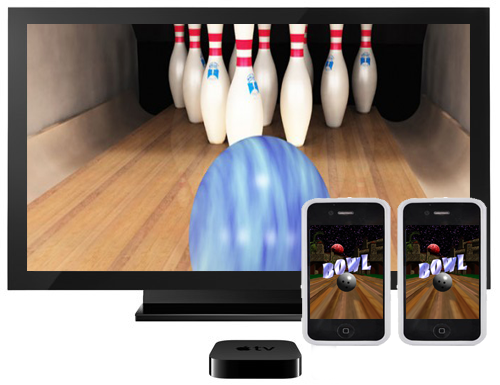 AirPlay has traveled a rocky road over the last year or so. It just doesn’t seem to be garnering much support from third party developers (hardware and software).  But that may all change with iOS 5‘s new Mirroring feature.

We told you about the iPad 2’s mirroring capability back in June, but the feature seems to have greatly matured since then. Apple’n’Apps posted another video showing off the new iOS 5 option, and trust me, it looks awesome…

While previous versions of AirPlay have allowed users to stream content to the big screen via an Apple TV, it’s always been fairly limited. The newest iteration, however, will allow iPad 2 users to stream almost anything. Watch the video:

You might recall a similar video done by Apple’n’Apps a few months ago. But that was all the way back on iOS 5 Beta 1, and the OS has matured a lot over the last 60 days. Wireless streaming now seems to be on par with using the HDMI adapter.

If an app already supports dual screens using the adapter, it’s automatically eligible for dual screens over AirPlay. As you can see in the above video, this allows developers to use the iPad as a secondary “controller” screen, while streaming gameplay to a TV.

The whole setup has console-killer written all over it. No, it probably won’t affect the big dogs like Microsoft or Sony, which both have large online communities, but if I were Nintendo I would be nervous. Once Apple starts advertising this feature it’s open season.

Apple seems to be building up to something huge, and I wouldn’t be surprised if the new AirPlay Mirroring feature played a major role. Sure, only the iPad 2 can currently access the feature, but isn’t the next iPhone supposed to have an A5 processor as well?

What do you think the new AirPlay mirroring feature will amount to?