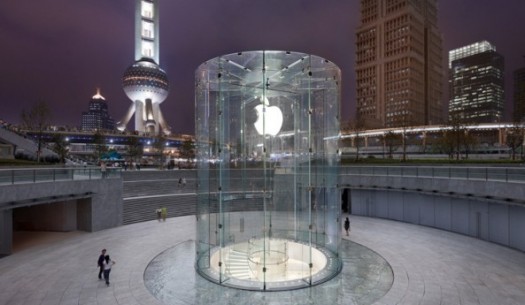 Typically, Apple patents technology sold within its retail locations. However, today the company received a patent for the design and construction of the glass cylindrical entrance to its Apple Store in Shanghai. Unlike most entrances, the one in Shanghai shapes huge slabs of glass, connected by a complex arrangement of fittings to form a building unto itself. To top it all off, Apple co-founder Steve Jobs is among the patent inventors…

“Like the flagship Fifth Avenue Apple Store in New York, the Shanghai cylinder is made almost entirely of huge monolithic glass slabs, with only connecting joints fashioned out of metal,” writes AppleInsider which first reported that the USPTO granted the patent to Apple.

Unlike the New York City site, the Chinese store presented builders a challenge, because the glass slabs had to curve to form an arc.

Those arcs then were sealed to create a circle or cylinder. 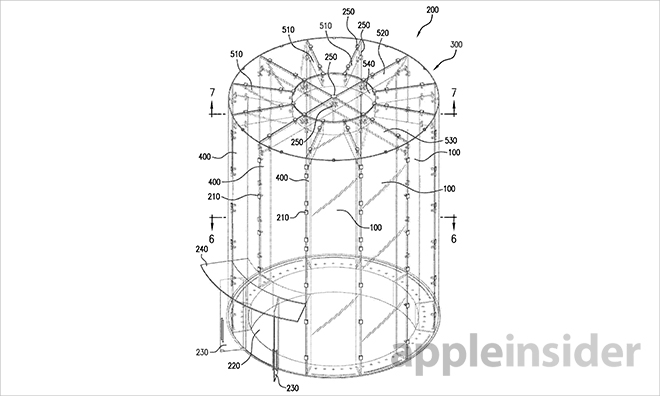 To overcome the limits of traditional glass laminates, Apple created glass fins and beams that attached to metal fittings directly embedded in the glass panels. The technique created a rigid structure which also simplified construction. 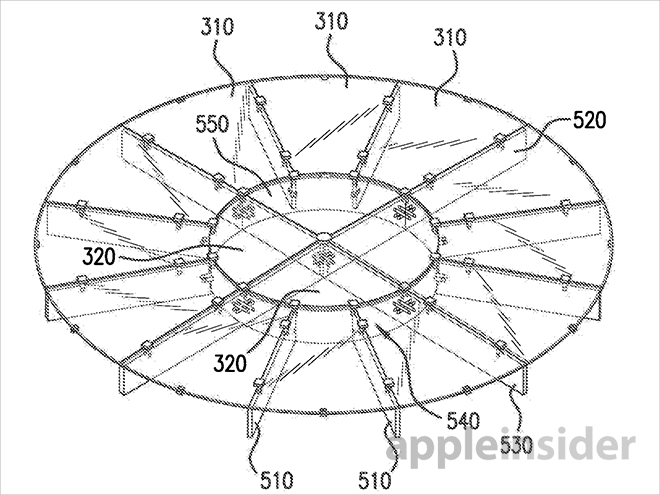 The patent, granted today by the U.S. Patent and Trademark Office, and titled ‘Glass building panel and building made therefrom’, was filed in 2011. Among the inventors: Steve Jobs, credited with helping design the laminated glass supports.

This is just another example of Steve Jobs micro-managing the many aspects of Apple’s business outside the scope of pure product design.