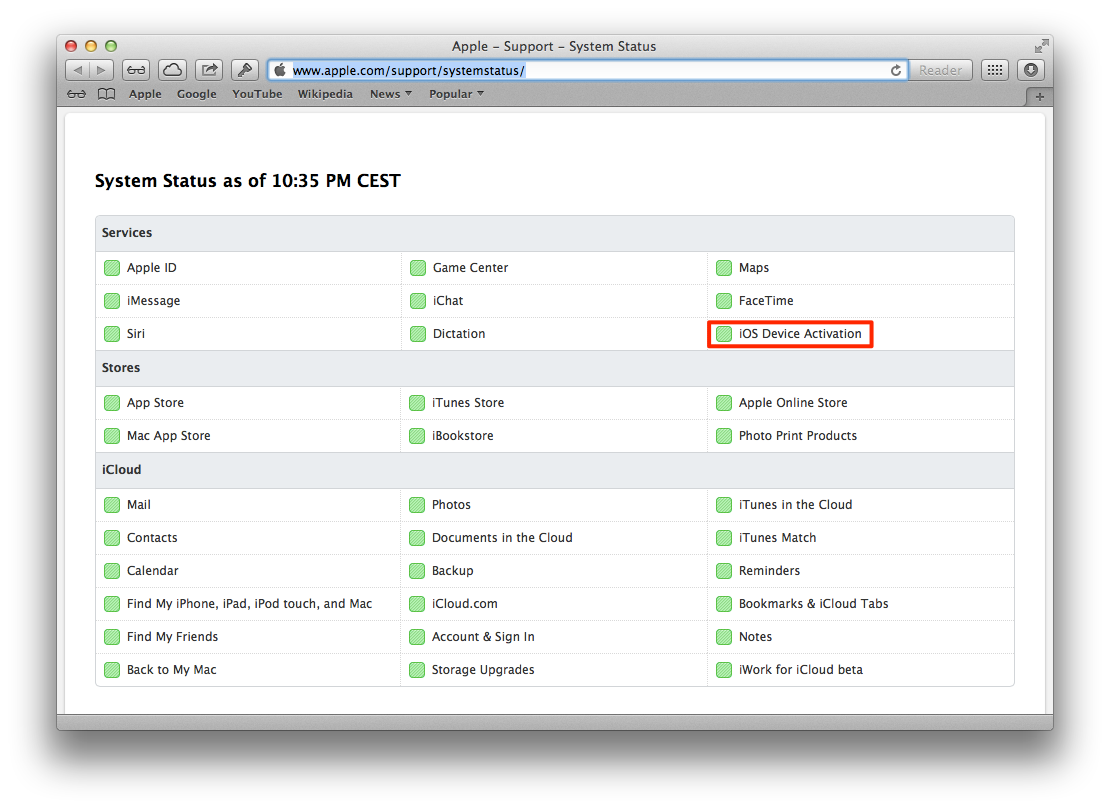 This summer, Apple’s device activation servers folded under heavy load (or perhaps server issues unbeknown to us) in at least two instances, first in July and again in the following month. It’s not a problem until it’s a problem – there’s nothing worse than wiping your device clean or restoring it from a backup only to be greeted with the dreaded “Your iPhone could not be activated because the activation server is temporarily unavailable” message.

At that point, there’s nothing one can do but wait until iTunes activation servers come back online, which can take anywhere from a few minutes to a few hours – even days in extreme circumstances. To help avoid loss of productivity due to bricked devices, Apple has now added a new iOS Device Activation entry to its iCloud status web page…

As shown on the screenie top of post (thanks, Mr X!), the iCloud Status page now provides the status of the iOS Device Activation servers your brand spanking new iPhone, iPod touch or iPad talk to at first run.

At least we can now check the status of iTunes activation servers before reinstalling iOS on our devices or restoring from a backup. There are now 33 different cloud systems listed on Apple’s web page, ranging from consumer-facing iTunes Store, Mac App Store, App Store and iBook Store to various backend systems that power Mail, Contacts, Calendar, Dictation and more.

After an attempted Dev Center hack, Apple followed-up by creating a similar dashboard for the subsystems which power the many web tools developers use to submit their applications and iTunes content to Apple.