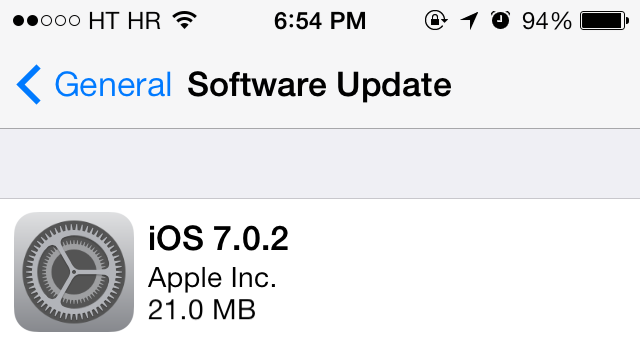 Apple has just released iOS 7.0.2 (build 11A501) as an over-the-air update for the supported iPhone, iPod touch and iPad devices.

As recently detailed by YouTube user Jose Rodriguez, the security vulnerability involves a series of complex taps on the iOS Lock screen to gain access to a bunch of stock apps containing personal data like photos, email, text messages, Facebook and Twitter accounts and much more…

Needless to say, those who are jailbroken should steer away from iOS 7. Direct download links are now available through the iDB Download page.

In addition to fixing said Lock screen bug, iOS 7 also reintroduces a Greek keyboard option for passcode entry, says Apple. As per usual, detailed information about the security content of this update can be found in Apple’s knowledge base article here.

To apply it over-the-air, visit Settings > General > Software Update on your iOS device (a restart will be required). The update weighs in at 21 megabytes for my iPhone 5: your mileage will vary depending on a device model and iOS 7 version installed. 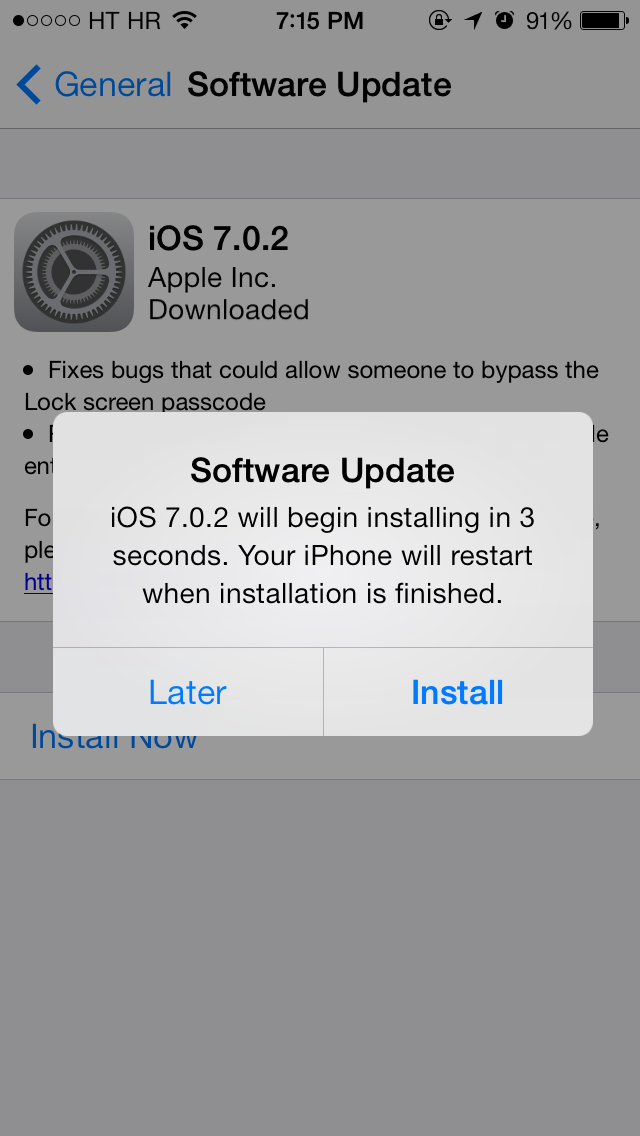 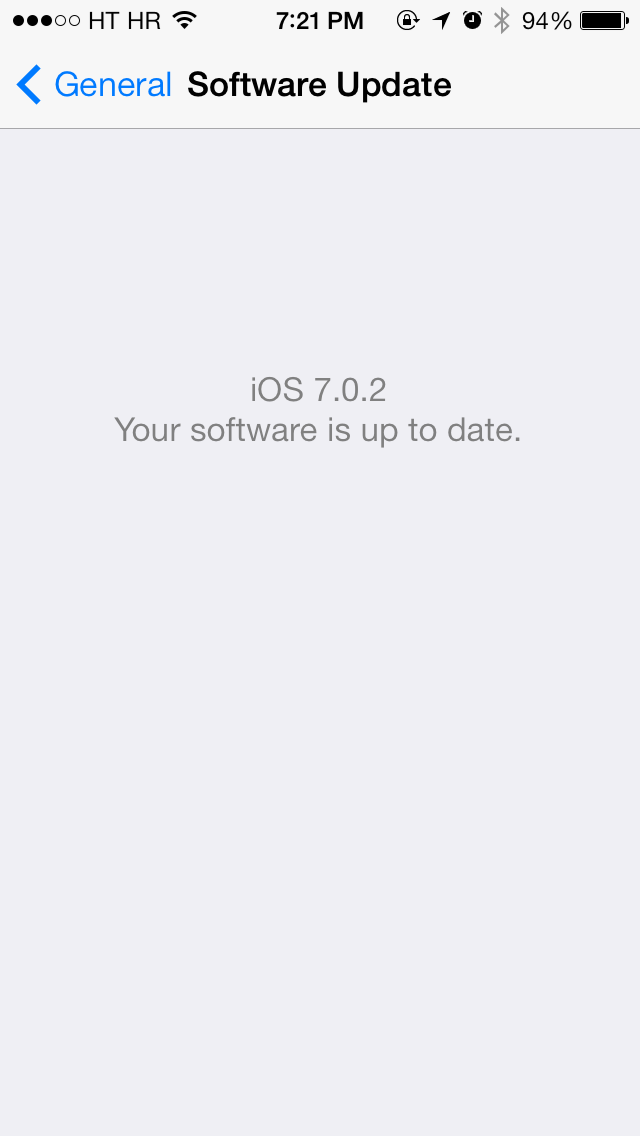 Apple alongside the September 20 iPhone 5s release made available the iOS 7.0.1 over-the-air release which fixed an issue with iOS 7 not accepting Touch ID fingerprint authentication for some iTunes Store purchases.

The firmware was made available only to owners of the iPhone 5s devices.

Judging by web logs, Apple is also testing out the iOS 7.1 update but we have no word yet what fixes and new features it might possibly contain although we do think the company will release it alongside new iPads in mid-October.

Should you spot other changes in today’s update, let us know in the comments.