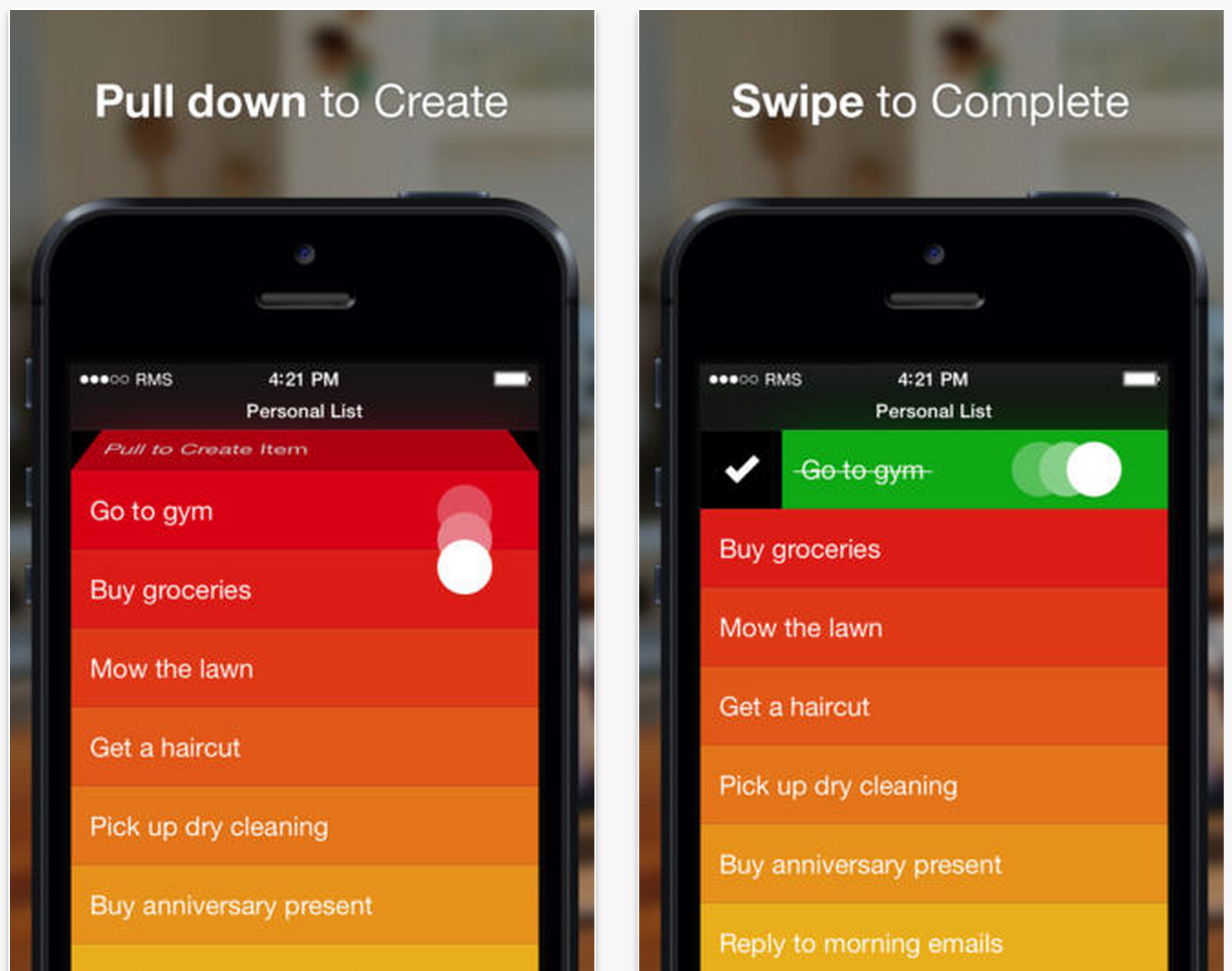 Realmac Software has decided to reverse course, and reinstate its original ‘Clear’ todo list app to sell alongside its all-new universal app it released for iOS 7. It originally planned to discontinue the iPhone-only app.

But that plan has obviously changed over the last week or so, following user backlash. Original Clear purchasers were upset they’d have to pay again for the app, despite the fact that they didn’t need an iPad version…

From Realmac Software’s blog (via MacRumors):

“After having chatted amongst the team at great length, and given the (shall we say) emotional response from the folks who use Clear for iPhone, we’re changing plan slightly.

We’re bringing back the stand-alone iPhone version of Clear, and we’ll be updating it for existing users with new iPhone features.

To that end, we’ve submitted an update that includes the iPhone enhancements for iOS 7 (including the new list themes) and will be releasing it as soon as Apple approves it.

To make it easy to differentiate, we’re now calling Clear for iOS 7 “Clear+” to signify that it’s for all your iOS devices.”

Initial responses to the move from user and developer communities have been, as you would imagine, starkly different. While users think it’s a great move in customer satisfaction, developers, however, are saying it’s a ‘shame.’

It’s hard to really say who’s right and who’s wrong here. While I am one of the original Clear users who was disappointed to have to repay for the iOS 7 update, I realized I’ve only paid them a few bucks over the course of a year.

I think Stephen Hackett from 512Pixels explains it best:

“The bottom line is this: developers should be able to work on their product in a sustainable way. Realmac are some of the good guys, and to have to backtrack on a business decision is a damn shame, especially in a world where people pour money into IAP-based games day and night.”

I think this whole iOS 7 app update controversy is just the beginning of a bigger conversation, and it’ll be interesting to see where it goes. Eventually, Apple will need to intervene if it wants to keep devs happy and in business.

At any rate, you can find the iPhone-only version of Clear here and the iPhone/iPad version here.

Any thoughts on Realmac’s actions?