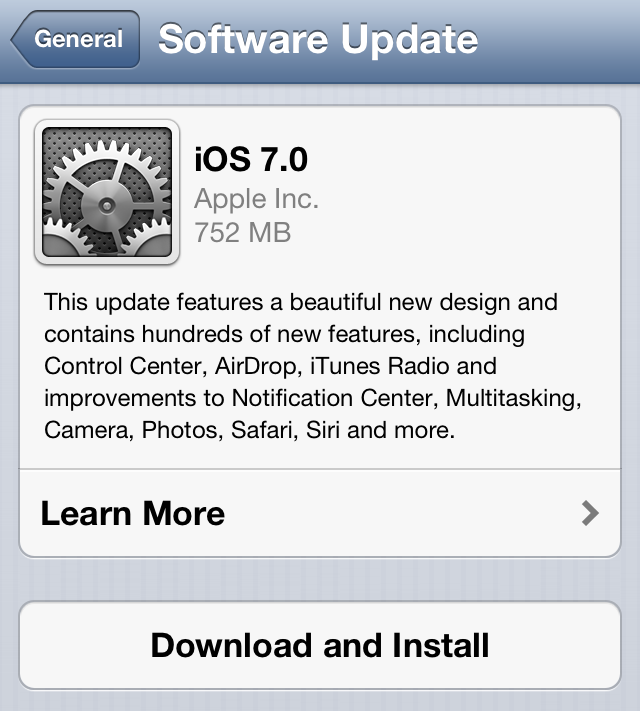 Bad news this evening for anyone hoping to downgrade from iOS 7 to a lower firmware. It appears that Apple is no longer signing iOS 6.1.3 and 6.1.4 for a majority of its devices, effectively terminating their ability to downgrade.

This is significant for a few reasons. For one, folks who upgraded to iOS 7 and don’t like the redesigned UI are now essentially stuck with it for the foreseeable future. And more importantly, word is a 6.1.3/4 jailbreak is coming…

For those who missed it earlier this week, a video surfaced online showing off a working untethered jailbreak on an iPhone 5 running iOS 6.1.4. Sure it’s primitive, and a bit rough around the edges, but it’s still extremely promising.

While there’s no ETA on a public release for his project, winocm does seem to be quite a bit further along than the evad3rs are on an iOS 7 jailbreak. The last we heard, pod2g and team were making progress, but still in very early stages.

There’s good news for folks with older devices though. While Apple has stopped signing previous firmware for a majority of iOS products, at the time of writing, it was still doing so for models of the iPad 2/mini, and then of course the iPod touch 4 and iPhone 3GS.

So if you’re on one of these particular devices, you can still try downgrading to iOS 6.1.3 firmware through iTunes. If you need help, you can find our tutorial here. For everyone else, though, we’ll see you at the iOS 7 jailbreak release party.