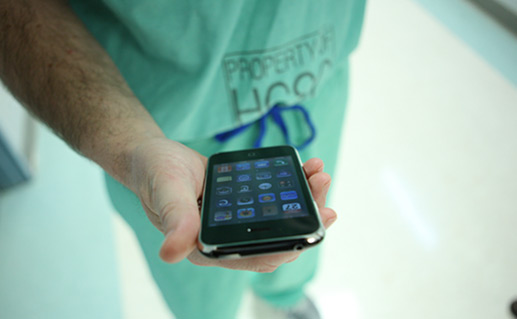 Would you follow a treatment plan outlined in a medical app? The increasing popularity of apps which diagnose and treat medical issues is causing Apple to enact stricter guidelines. Apple wants developers of medical apps which give consumers drug dosages to cite references. The new requirement is designed to reduce medical misdiagnosis, as well as potential plagiarism, according to a news site Wednesday…

According to iMedicalApps, Apple is either rejecting or delaying medical apps due to “incomplete metadata.” Although developers are not required to submit an entirely new app to gain approval, detailed sources for medical recommendation will need to be submitted.

A growing number of medical professionals are using iDevices, such as the iPad in one surgery, another issue Apple must combat is the potential for apps to completely rip-off medical texts.

For instance, three physicians are accused of plagiarizing in an app the Doctor’s Guide to Critical Appraisals, according to the September issue of the British Medical Journal.

The decision to require medical citations only bolsters Apple’s App Store. Along with increasing the credibility of its specialized apps, the move gets Apple away from rejecting apps based on rather minor or solely competitive reasons. If Apple is to gain support in such rules-based professions as medicine, the company needs to enhance its apps as authoritative.