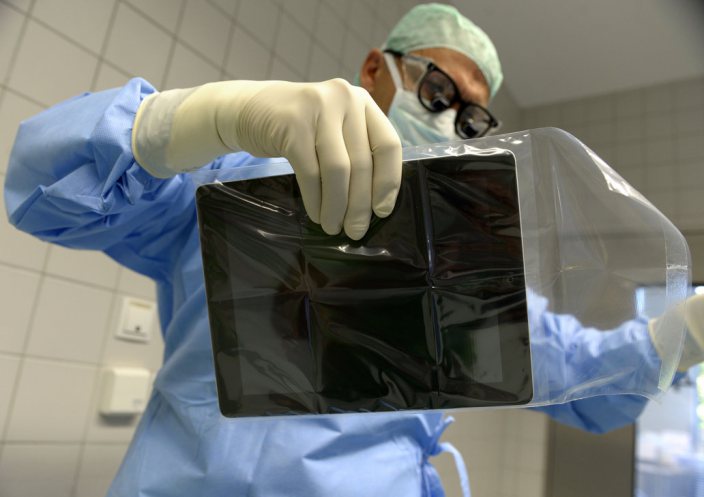 Robot-aided surgery has become common, but now comes word that Apple’s iPad assisted German surgeons during a recent liver operation. During a three-hour procedure, the first of its kind, the tablet’s camera photographed the liver, then a special iPad app provided a 3D model which surgeons in Bremen, Germany used to remove two tumors, Reuters reports…

Although this is likely one of the most graphic examples (photo slideshow at Yahoo), there are a number of examples where iPhone and iPad features are used in healthcare.

One of the most common examples is for monitoring your vital signs during exercise. Other iPad apps have helped doctor’s remotely track a patient’s progress. You can even turn your favorite iDevice into an ECG.

Along with entertainment, business and other verticals, healthcare and its rising use among baby boomers is seen as a huge potential market for the Apple.

Now that the iPad has made it into the operating room, the Apple tablet should gain more medical fans.