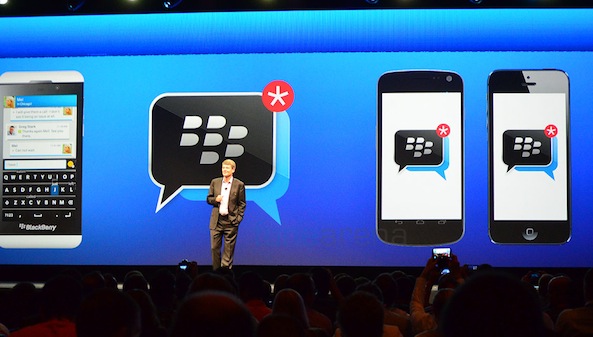 Folks looking forward to the release of BlackBerry’s Messenger app on iOS will be happy to hear that the long wait may almost be over. A new report suggests that BBM will hit the App Store this Saturday, September 21.

BlackBerry first announced that its popular messenger app would be landing on iOS and Android back in May. And earlier this month, one of its developers confirmed on Twitter that it had been submitted to Apple for review…

Here’s the report from CrackBerry:

“The latest rumor has the event pegged for Sept. 20th in Jakarta and even has an official looking invite to go along with it. However, we’re not posting this information solely based on that. We’ve received quite a few emails that do suggest the date is correct and here’s how it’s all going to go down by order of launch timing:

For those unfamiliar with the service, BBM functions similarly to iMessage. In fact, it was one of the first proprietary mobile messaging services and, despite BlackBerry’s struggles, it still sees 60+ million active monthly users.

Stay tuned, we’ll let you know as soon as it hits.

Update: BlackBerry has just confirmed that BBM will be landing in the App Store on September 22.